I read some tutorials, but for some reason, I can't download the file:

FWIW, I later tried using OpenBitTorrent as the single tracker instead, but it made no difference.

For some reason, the file is displayed in the Downloading section, with nothing happening ("Downloading 0.0%"): 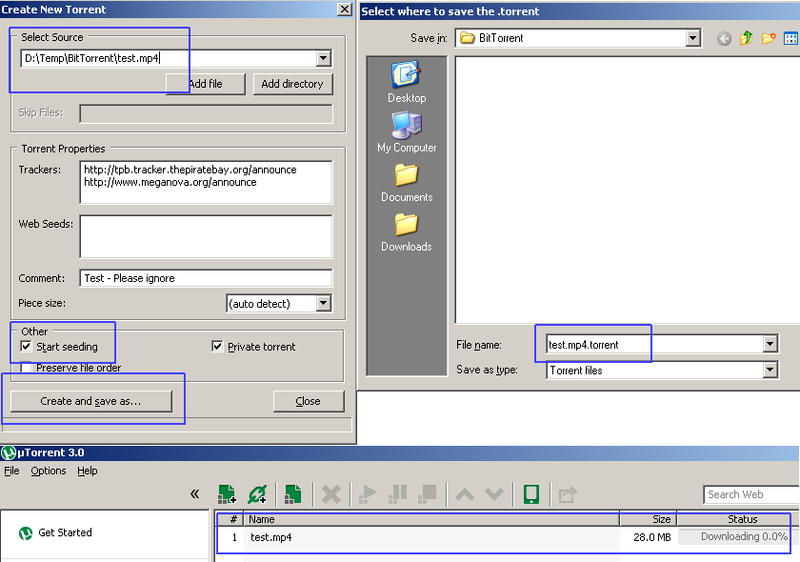 Why am I required to download a file that I already have, and why is nothing happening?

Looks like I'm missing something. Does someone have an idea what it could be?

If you want to set up a torrent seed behind NAT, you really need to set up port forwarding.

Not the answer you're looking for? Browse other questions tagged bittorrent or ask your own question.

2
Is it possible to download a torrent file completely and quickly with no uploading, but let the file be uploaded by other users after it has finished?
4
need a bittorrent daemon
1
All-in-one PHP solution to share files?
0
When does Tracker url in the Torrent file come in the action?
0
Bittorrent protocol not used by uTorrent client
0
How to make uTorrent identify the old files so that i can seed them?