Microsoft Project - How to force one task to start immediately after another task finishes? 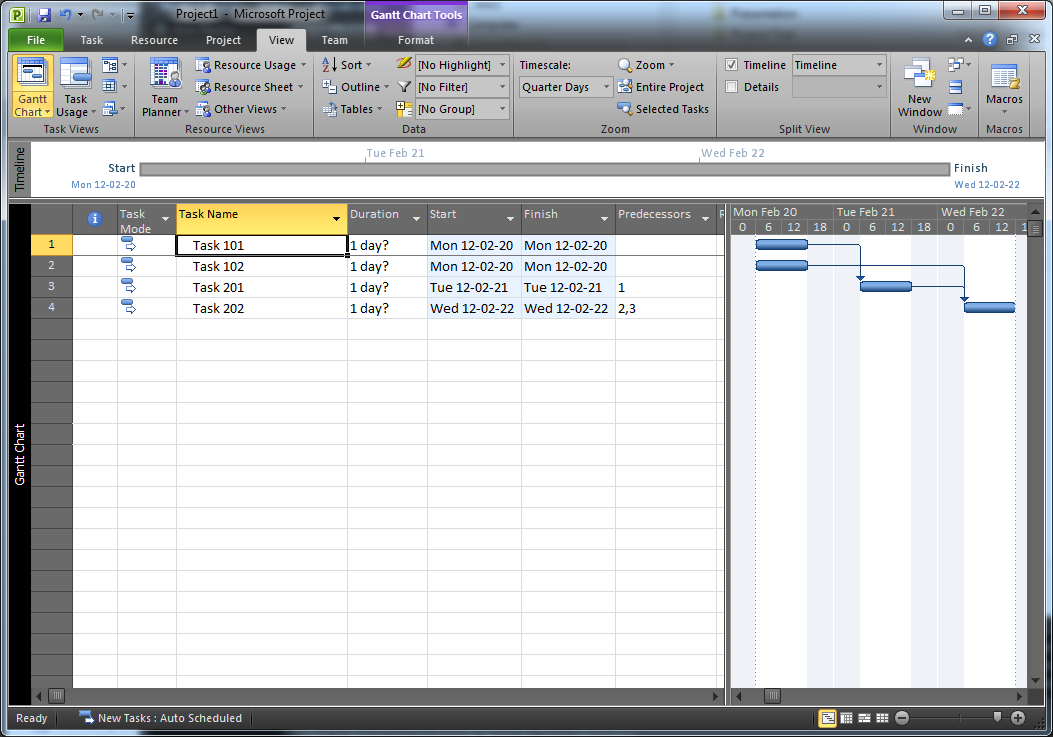 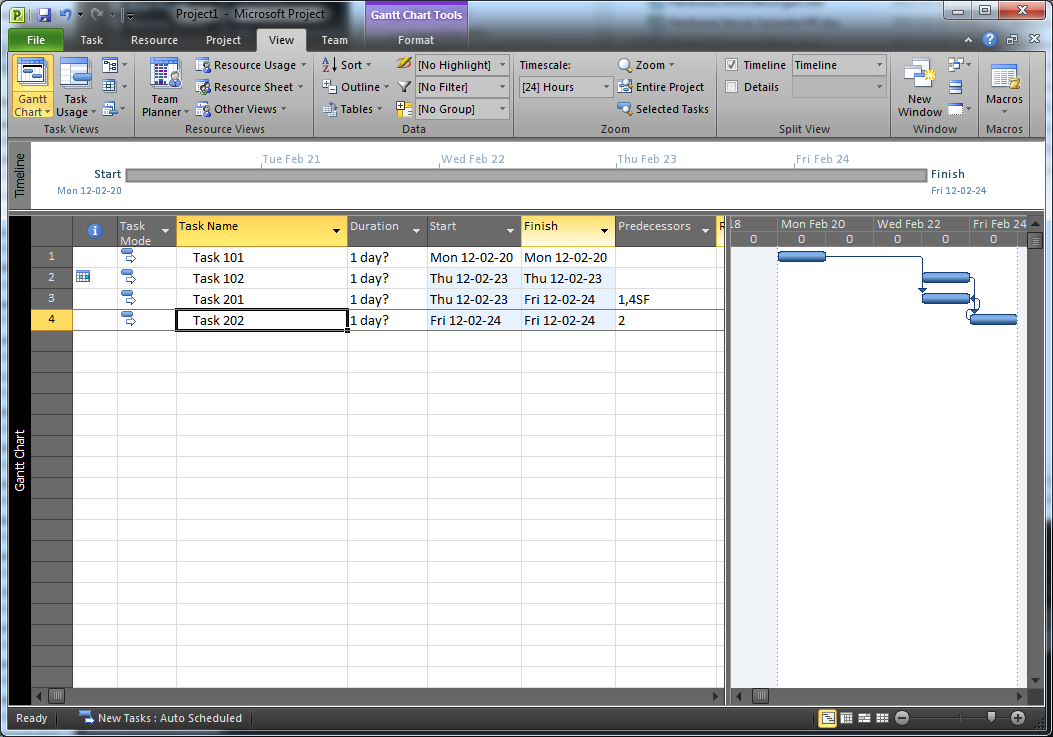 Now Task 201 is completed over the day of 2/23, and Task 202 is completed on 2/24. However, if the predecessor task dates changed again, so that both are completed by the end of 2/20, then Task 202 will shift and actually start at the same time as Task 201 (since a start-to-finish relationship does not require that one task starts the same time another task finishes, but just that the dependent task cannot be completed until the primary task begins).

If there was some way to simply force the end time of Task 201 to equal the start time of Task 202, I believe this problem would be solved. However, for the life of me I cannot figure out how to do this.

I saw something like this in another forum. You can paste dates as links which will allow you to fix a start-end date relationship.

This should link the two together so that one changing will immediately update the other.

You can use the Link Tasks option in the Schedule field which is already available in MS Project. Select one or more rows that you would like to apply this setting to and press the "link tasks" button. After that you can click the "Respect Links" button.

Hope this will help.

Not the answer you're looking for? Browse other questions tagged microsoft-project project-management or ask your own question.