It appears there are a ton of utilities to manage the hosts file on OSX. I haven't been able to find even one like http://www.macupdate.com/app/mac/29949/gas-mask for linux. I keep my hosts file open in vim all the time because I'm switching the mapping several times per day for testing purposes.

What I would like is a GUI or something I could put in a panel or widget or something where I could have a set of hosts profiles so I could pre-configure them, then just click to change the settings. Does such a utility exist? I'm in Ubuntu 10.04.

A small tool to manage and switch host config. It was tested in Linux, Windows and Mac OS X. (does not work on ubuntu < 10.10 due to Qt 4.7 requirement) 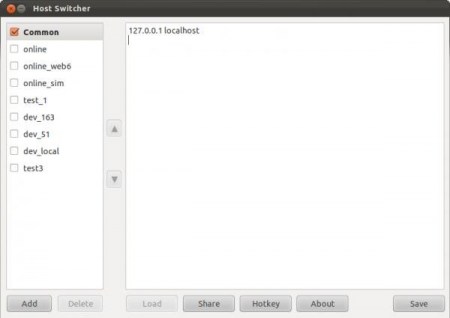 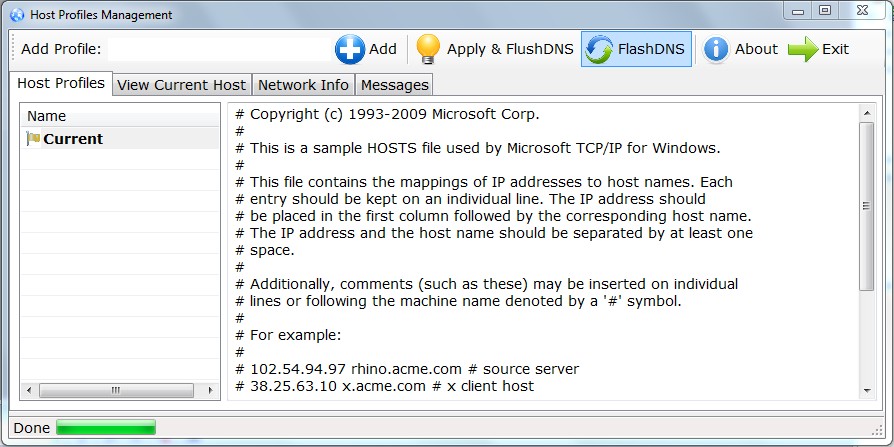 The hostsadm program reads a MySQL database and creates several configuration, documentation files, and license reports. Host related information on Linux/Unix systems is maintained in several configuration files (i.e. /etc/hosts, /etc/ethers, /etc/netgroup or the corresponding LDAP OUs). Adding or modifying a host requires consistent modifications in multiple places. Having all information about a host in one place allows easier maintenance and ensures consistency. 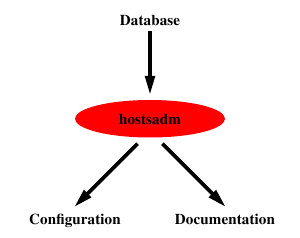 SwitchHosts allows you to manage and switch between multiple hosts file quickly and easily. Of course, the refresh of DNS is executed at once. The Hosts file is audited, security is safe. 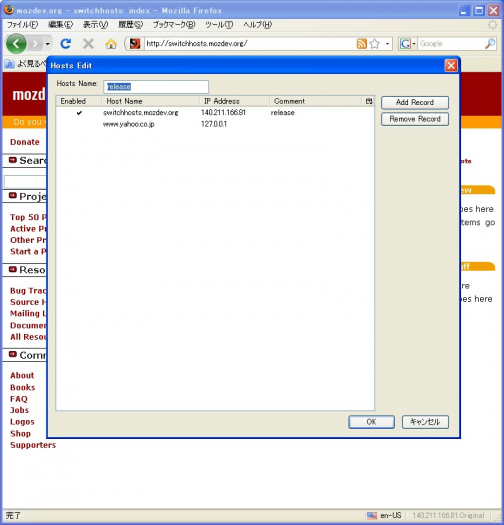 Not what you asked for, but also worth knowing about:

Various functions in the C Library need to be configured to work correctly in the local environment. Traditionally, this was done by using files (e.g., /etc/passwd), but other nameservices (like the Network Information Service (NIS) and the Domain Name Service (DNS)) became popular, and were hacked into the C library, usually with a fixed search order (see frobnicate).

The GNU C Library contains a cleaner solution of this problem. It is designed after a method used by Sun Microsystems in the C library of Solaris 2. GNU C Library follows their name and calls this scheme Name Service Switch (NSS).

Though the interface might be similar to Sun's version there is no common code. We never saw any source code of Sun's implementation and so the internal interface is incompatible. This also manifests in the file names we use as we will see later.

FoxyProxy acts as a proxy server between the Firefox and the internet. You set a ‘proxy’ which essentially allows you to direct traffic to a single point – I use one that directs traffic to ‘localhost’ – then you can add as many patterns as you want that will be associated with the Proxy. Once all is setup, you can then turn this Proxy on or off with a single right click at the bottom of the browser. For me, the setup is quite simple and it works great.

Ok, so there is one caviat here: sometimes I do need to test the websites in different browsers. In this case, this browser add-on will simply not cut it. But for most of my daily web dev needs – it is great! 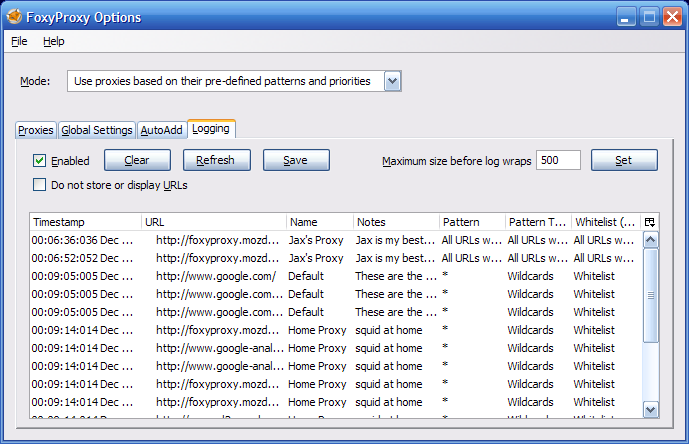 Dnsmasq is a lightweight, easy to configure DNS forwarder and DHCP server. It is designed to provide DNS and, optionally, DHCP, to a small network. It can serve the names of local machines which are not in the global DNS. The DHCP server integrates with the DNS server and allows machines with DHCP-allocated addresses to appear in the DNS with names configured either in each host or in a central configuration file. Dnsmasq supports static and dynamic DHCP leases and BOOTP/TFTP/PXE for network booting of diskless machines.

Dnsmasq is targeted at home networks using NAT and connected to the internet via a modem, cable-modem or ADSL connection but would be a good choice for any smallish network (up to 1000 clients is known to work) where low resource use and ease of configuration are important.

This thread suggests using WICD pre/post scripts, so that selecting a different network in the WICD GUI automatically switches your /etc/hosts file:

Ubuntu Forums - Switch between hosts file based on connection

The WICD Network Manager is capable of doing exactly what you want. You can install it via Synaptic (or the Software Center). Beware that since it does the same as the default Network Manager, this will uninstall the latter. You can always swap back by installing the network-manager-gnome package.

With WICD, you can use different pre/post connection scripts for different wireless and wired networks.

In case you want to keep the default Network Manager, there is the option of putting scripts directly in the /etc/network/if-* folders... though I have little experience with those because I'm happily using WICD. ;)

Yes, you can try dacuoxian -- also on github

It does not provide a GUI, but it's easier to use than GUI programs. It's a shell script that you can run it with a single command.

You can try hostswitcher, it's on github.

It's a GUI tool built by wxpython, and it use gedit as default editor, you can switch hosts between many hosts files easily. 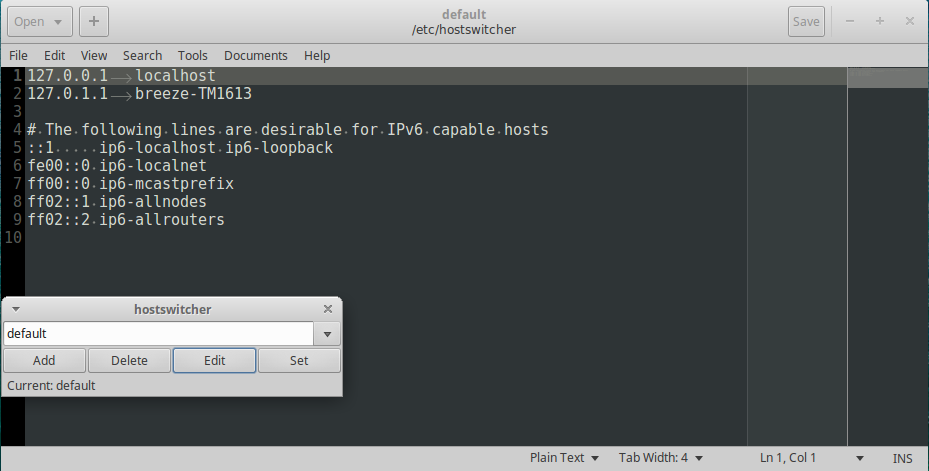 Not the answer you're looking for? Browse other questions tagged linux ubuntu hosts-file or ask your own question.