How to resize Windows partition for VMWare virtual machine?

The virtual machine is running on VMware ESXi 5.0.0.

I have turned the virtual machine off and when I go to Edit Settings / Hard Disk 1, the Provisioned Size is greyed out and I cannot change it. See the picture for more details.

Any idea how to make the hdd bigger in this case? Last time (I think it was VMWare ESXi 4.x) was able to do it. 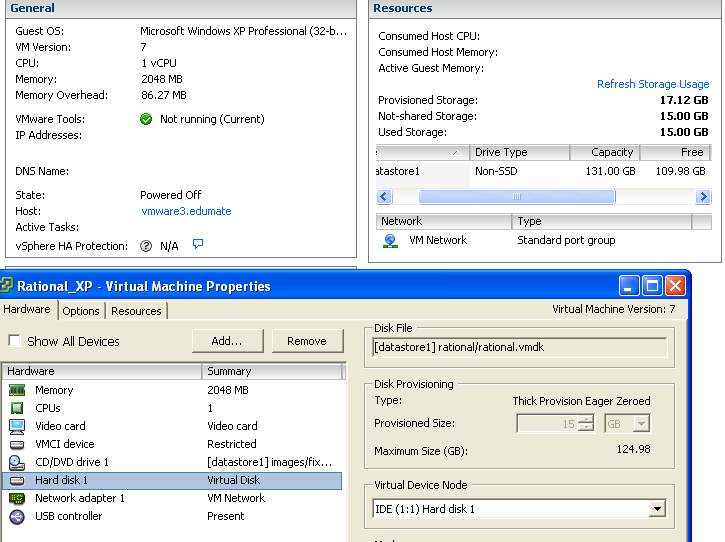 You can't resize an IDE Disk only SCSI Disks.

Follow this guide to convert IDE to SCSI; then you can resize the partition.

Remove snapshots from the vm if there are any.

This will re-enable the options

Have you tried right-clicking on the VM in the vSphere Client (which is where your pictures are from) and selecting Edit Properties?

It is possible that you can't enlarge that disk, perhaps because of the format (Thick Provisioned Eager Zeroed). If so, you could add another disk instead.

You'd probably be better off putting in a new disk; as far as I know, Windows doesn't have anything like LVM which would allow you to stretch a disk volume across multiple physical partitions or disks.

Not the answer you're looking for? Browse other questions tagged esxi or ask your own question.