Weird cursor on second display only

After using a tablet for a while and disconnecting it, this weird extra artifact has appeared beside my cursor, but only on my second display. The cursor doesn't distort like mentioned in other questions I've seen here, it just has the extra bar on the left side. 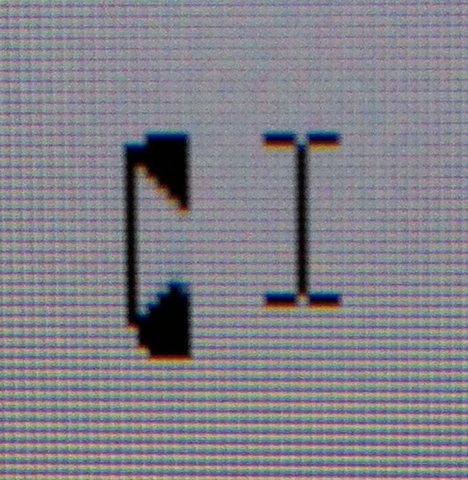 Changing pointer theme to Windows Black or turning on pointer trails gets rid of it, but I don't really want to use a workaround.

The funny thing is I've used that tablet (an old Wacom CTE-640) on this machine before and I've never encountered this problem.

Does anyone have any idea what this is?

I've seen this suddenly occur on rotated monitors. Setting the rotation to normal and then setting it back to 90 degrees seems to resolve it.

Disable pointer shadow within the cursor menu. I was having the same issue and this seemed to fix the artifact on the second window.

This worked for me:

Below steps should work in most of the cases and both with Win 10 or Win 7.

Not the answer you're looking for? Browse other questions tagged multiple-monitors mouse tablet cursor or ask your own question.

3
My mouse icon is messed on my computer

5
A drawing tablet combined with a dual-monitor system issue
0
Weird triangle on mouse
1
How to use a Cintiq tablet in a multi-monitor configuration in Windows 10?
1
Cursor options for Adobe Reader in Full Screen mode
0
Mouse cursor hotspot offset from visible cursor location
3
Win+Shift+Arrow keys stretches my window across both monitors instead of moving the window to the other monitor? (Windows 10)