How to use a home network patch panel?

I'm planning a home network in a house that's not built yet. One recommendation is to add network sockets in various rooms and have them all end in a central place, where it all connects using a network switch. So far so good.

Another recommendation says to not connect everything directly to the switch, but to a patch panel which in turn is connected to the switch. I'm unsure why this is good.

Clarification:
I am planning to run network cables through conduits inside the walls and terminated with network sockets in the wall (as opposed to having just conduits and long regular network cables that have a normal plug in each end). Going by RedGrittyBrick's answer, a patch panel is nearly unavoidable in that case.

First of all, have a look at this question from DIY.SE.

Now, if we have a look at the picture in the question: 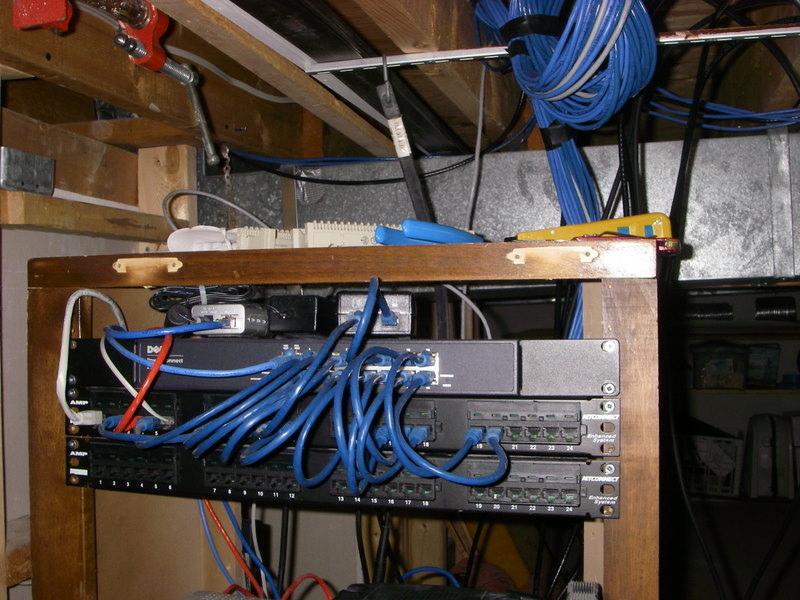 The Dell switch is sitting above two patch panels. The patch panel would then run cables out to a socket that would be mounted against a wall and then you would use a normal Cat5/6 cable to plug into the wall and into your desktop/computer. If you just had a cable connected to the switch, through the wall, and into the back of the computer, you are limited to the length of the cable. A patch panel would mean a bit more effort and only the most hardcare would really care about having one - it would look a bit more tidy.

For the wiring standards for the network cable Wikipedia has some good pictures.

To answer your questions:

Image of the back of a wall-mountable patch panel: 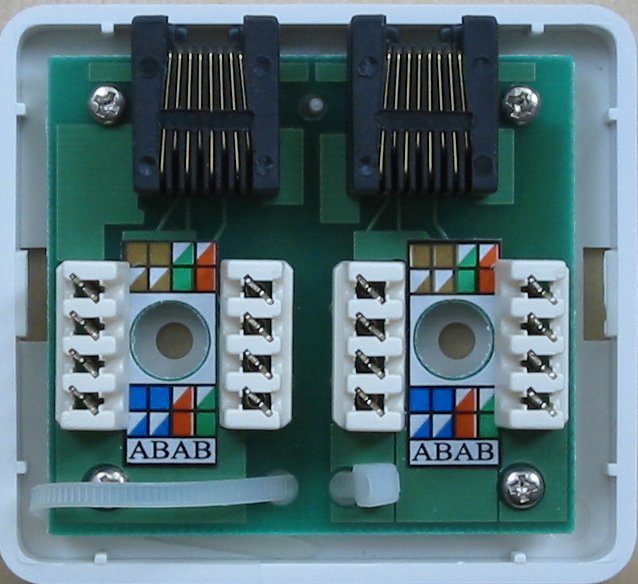 All professional installations in offices use patch panels. Even in quite small offices.

A patch panel has the solid-cored cable connected in at the rear using a punch down style of connection. At the front it has 8P8C sockets (casually called RJ45 sockets). Into these sockets you can plug Ethernet patch cables (which have stranded conductors unlike the cables used in walls)

The cables used in walls is stiff which would be inconvenient for use with a switch and would need non-standard termination due to the different type of conductors.

You can't easily use patch cable in walls as wall-plates (the Ethernet outlets) are typically designed for solid core cable punch-down.

Staying with the standard way of wiring buildings will probably save you trouble in the future when a wall-plate needs replacing or extra cables are run by a different contractor.

I was a builder for 15 years before becoming a computer geek; so when we recently added an addition to our house, I pulled 1" plastic conduit to every low-voltage box in the house.

I used smurf tube for the tricky bits and straight tube everywhere else. It all goes into the basement and everything runs into the rack. Solid wire for the premise wiring; so yes, a patch panel.

You can use a patch panel for your catv coax too. However, F-connectors suck. Consider a BNC patch panel you can still find them on e-bay.

Not the answer you're looking for? Browse other questions tagged networking or ask your own question.

3
Building a network at home, what cables to use (if any)?
1
Should I use a patch panel in my home network?
3
Is it necessary to use a patch panel for my network closet? My subcontractor is trying to convince me to go with a switch only
3
How to properly wire shielded CAT 6a home network
1
Cat6a U/FTP in home network & Shielding
0
How to setup home network with two routers (or “to not waste superb WiFi router in basement”)