I have worked with small to mid size networks for quite a long time and can say I'm comfortable connecting hardware. Where you will start to lose me is with managed switches and firewalls.

To start, let me describe my network 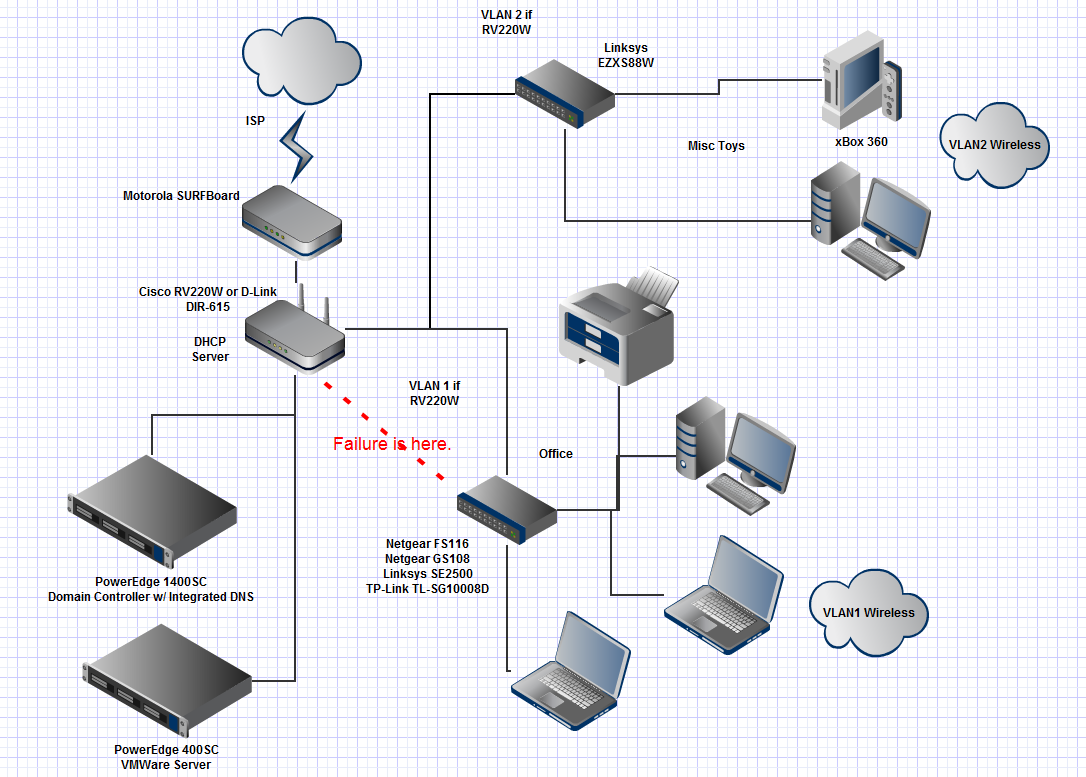 The Issue The breakdown here is at item 5. No matter what I do I cannot have a switch at 5 and have to run everything wireless regardless of router.

Issues related to using a switch on Office/VLAN 1

Cisco insists its my switches but as you can see I have used four and two different cables with the same result. My gut feeling is something is happening with routing. But I'm not smart enough to know that answer.

What's different compared to my previous house is I have introduced Gigabit hardware (firewall/switches/computers).

Some of my computers might have IPv6 turned on if I haven't turned it off already.

I'm truly at a loss and hope anyone has some crazy idea how to solve this. Bottom line, I need a switch in my office behind the firewall. I've changed everything. The real crux is I will find a working solution and, again, after days it will stop working. So this means I cannot isolate if its a computer since I have to use them. Oh and a solution is not throwing more money at this. I'm well into $1k already. Yah, lame.

You MUST check your network cables with network tester. For what you have described, you went to gigabit network which utilizes all 4 cable pairs. I have had such a problem in customer network. 1gb brand new network, and 150kbps network transfers... The problem was not well clamped rj45 plug.

Not the answer you're looking for? Browse other questions tagged windows networking router home-networking or ask your own question.