How to back up non-standard directories in my user profile with Windows Backup?

What's the best way to handle this? The only thing I can think of is to browse under the "Computer" entry and navigate directly to C:\Users\JohnstonJ and check off the entire profile (to get what's in there, and any new directories that come up). But is that going to back up the profile twice? Cause other unforeseen problems given that I checked it off by navigating through the computer, rather than picking it under the "Data Files" category? (e.g. back up temporary file garbage, files in use problems, etc. that the "Data Files" category might be handling better).

Looking for solutions that other people use that are known to work well and still uses the Windows Backup software - I don't really want to fuss with 3rd-party backup software.

Example - as you can see, I have two directories in my profile that Windows Backup is not offering to back up: "Dropbox" and "New folder": 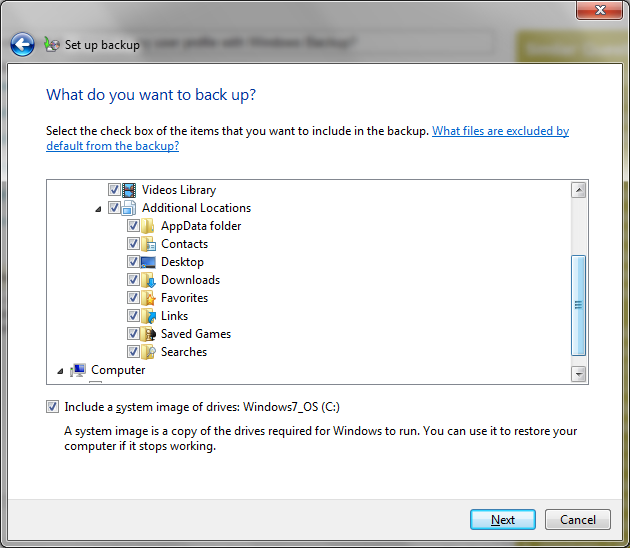 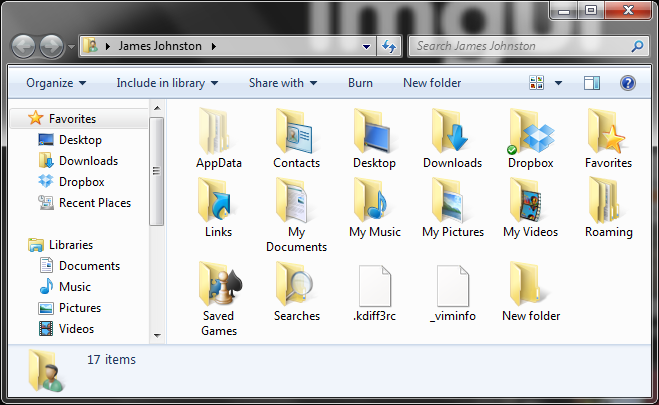 As you've already realized yourself, referencing the files through the My Computer branch may not be desirable because it may treat the folder like a normal folder and not a profile folder.

The thing is, the folders that are not listed are not part of your profile. They just happen to be stored in the same location.

The folders that you can select for backup inside your profile all have special meaning to Windows. Your Dropbox folder doesn't mean anything to Windows. It's just another plain old folder.

Which is why you would want to select the folder through the plain old My Computer branch in the backup wizard ;)

So, one question remains, will this pose a problem for your backup?
Possibly. But I doubt it's for the reason you assume

I'm almost certain all selected locations are backed up in identical ways. The major difference will be how the data will be restored.

You can use DataGrab to backup your entire profile, including all the folders/settings in oyur user profile. 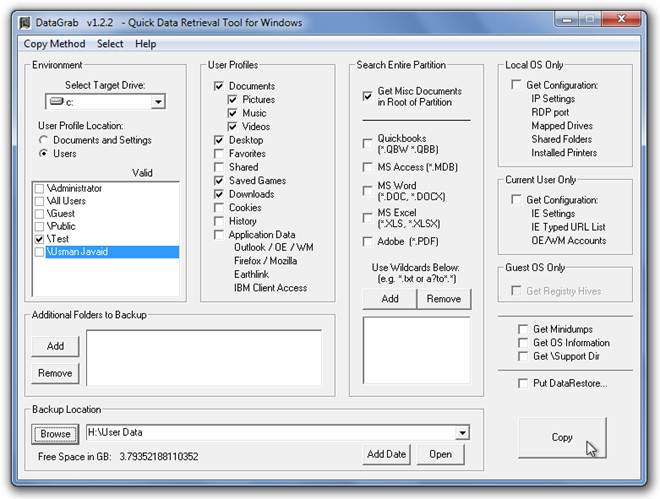 Not the answer you're looking for? Browse other questions tagged windows-7 windows backup windows-backup or ask your own question.

3
How can I create a Windows 7 user profile without the user logging in?
10
Windows Backup fails with 0x80070002: "The system cannot find the file specified"
0
Windows 7 update changed user profile path to temp/moved old files
5
How to backup a local Windows 10 user profile and restore it in Windows 10?
1
Windows 8/10 file backup to QNAP NAS with file history & enrypted remote backup
1
How to backup a Windows system installation (no user data)
0
How to manage the backup of users if i have to reinstall windows?