The behaviour described below occurs on Windows-7 systems and on Windows XP. We operate in a dual-language environment - English and Hebrew.

When in Windows Explorer we sort files by name, the order in which they are listed is not what we would expect. Here is a list of file names as sorted by Windows Explorer (all of the files have a .pdf suffix): 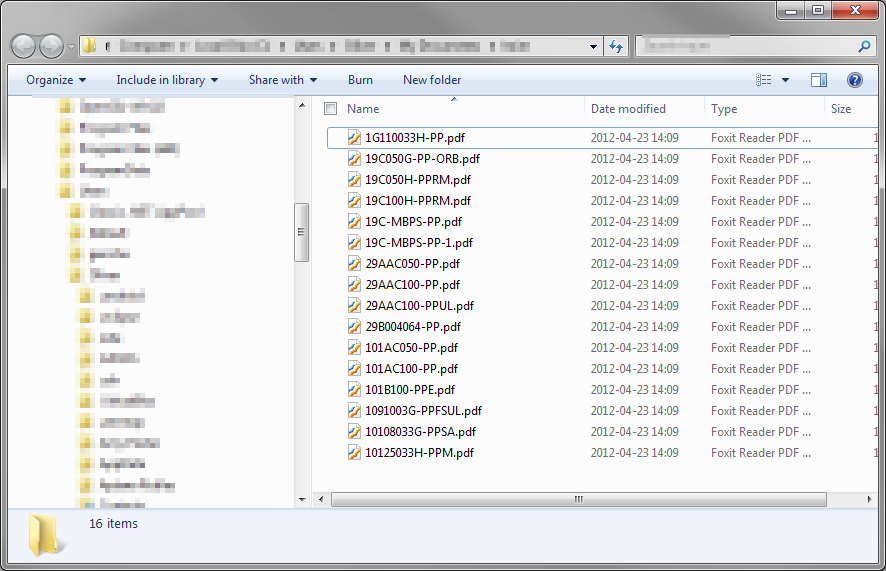 It looks to me that first the items are sorted according to the position of the first alphabetic character in the name, and then, within those groups, they are sorted in "normal" alpha-numeric order.

An alternate way of looking at this is that, in a file name composed of numbers and letters, the sort treats the first group of numbers in the name as the major sort node, with the rest of the name being the secondary sort node.

Now that I understand the sequencing logic, it's not a big problem, but I was wondering why this happens?

By default, the newer sort order considers strings in file and folder names as numeric content, not text. Numerals in folder and file names are sorted according to their numeric value.

In this example, 88 is a numerically higher value than 5. Therefore, the 88.txt is listed after the 5.txt when you sort the folders by name in ascending order.

Source: The sort order for files and folders whose names contain numerals is different in Windows Vista, Windows XP, and Windows Server 2003 than it is in Windows 2000

If you prefer to use Group Policy (as opposed to manual editing of the registry) to turn off the numerical sorting option in Windows File Explorer, you can use the Group Policy Editor (gpedit.msc) to modify one of the following policy items (i.e., for a particular user or for the entire machine):

Not the answer you're looking for? Browse other questions tagged windows-7 windows windows-xp windows-explorer sorting or ask your own question.