How to get normal (classic) toolbars in Office 2007?

I don't have MS Office 2007 installed, but have this question:
The most obvious change in Office 2007 is the new "ribbon" interface that has replaced the classic "menu+toolbar" interface.

A quick google showed me this blog post, have not tried it myself though.

No. The new ribbon interface (fluent UI) is the only available menu style in office 2007. There is no official option to switch to the classic menu bars.

If you want my honest advice though, don't try and force it back to how it was. Just take the time to learn the new interface. When it comes right down to it, it's just a slightly different button placement, you'll get used to it surprisingly quickly. There is no real reason to hang onto the past, embrace the change for what it is and work with it. Every time some new software comes out that changes something people moan about it for a while, not because it's actually worse but just because it's different. Different isn't a good reason to moan. Try it out. when you've tried it out for a few months and learnt where the common buttons are, if you then have a genuine reason to dislike it, then you can change.

This is the ultimate solution ive found after weeks of search...

Link Translated from German to English

I mean ive used few, tried few... but this one is the BEST

RibbonCustomizer™ is an add-in for Microsoft® Access™, Excel®, Outlook®, PowerPoint® and Word 2007. It allows you to customize the Ribbon User Interface with only a few mouse clicks! Microsoft did not include that ability in Office 2007, but with this add-in you are no longer stuck with a static User Interface!

UBitMenu was designed to be a simple way for professional Microsoft Office users to get accustomed to the new ribbon based interface of Office 2007 without any performance loss. It will emulate / activate the Office 2003 menu in Word 2007, Excel 2007 and Powerpoint 2007. 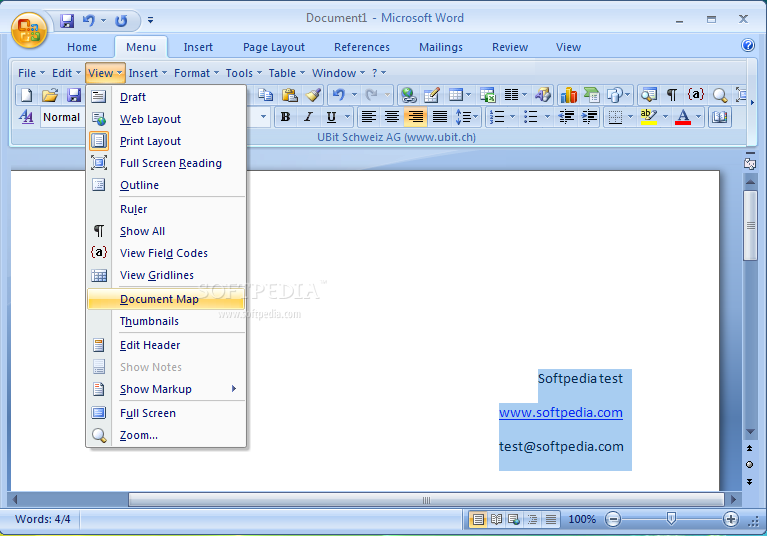 There do appear to be programs you can install to get this functionality. Classic Menu for Office 2007 is one, and although not free, does have a free trial period.

The ribbon view is the default for Office 2007. Using XML code, you can customize the ribbon or re-create the classic menus. That is what the program tnorthcutt does.

Not the answer you're looking for? Browse other questions tagged microsoft-office-2007 or ask your own question.