How do I connect a laptop running Windows 7 to an Android phone using WiFi Direct?

From where I am sitting, Windows 7 does not appear to support WiFi Direct connections to Android mobile devices. Specifically, turning on WiFi Direct on my Samsung Galaxy S II does not make the device visible as a potential WiFi network connection. Windows 8 is said to support WiFi Direct, but I have no desire to upgrade at this time. I have successfully set up ad hoc WiFi connections between the S II and my laptop before, but as you may be aware, these are not the same as WiFi Direct.

Before posting this question, I searched [ "Windows 7" "WiFi Direct" ] and variations thereof, and dutifully slogged through dozens of lame or irrelevant responses on various forums, badly made YouTube videos, and probable Trojan horse distribution sites. If someone out there knows how to do this, it's buried in the noise.

I couldn't find anything about WiFi Direct, but Windows 7 does support "hosted networks" which are like adhoc networks but allow the laptop to stay connected to an access point and share the network connection with other devices though a virtual SSID. Here are the full details for setting up a hosted network in Windows 7.

Is it an intel device?
I dont know if it works on other vendors but my tool is Intel My Wifi Dashbord.
Its easy to work and free. 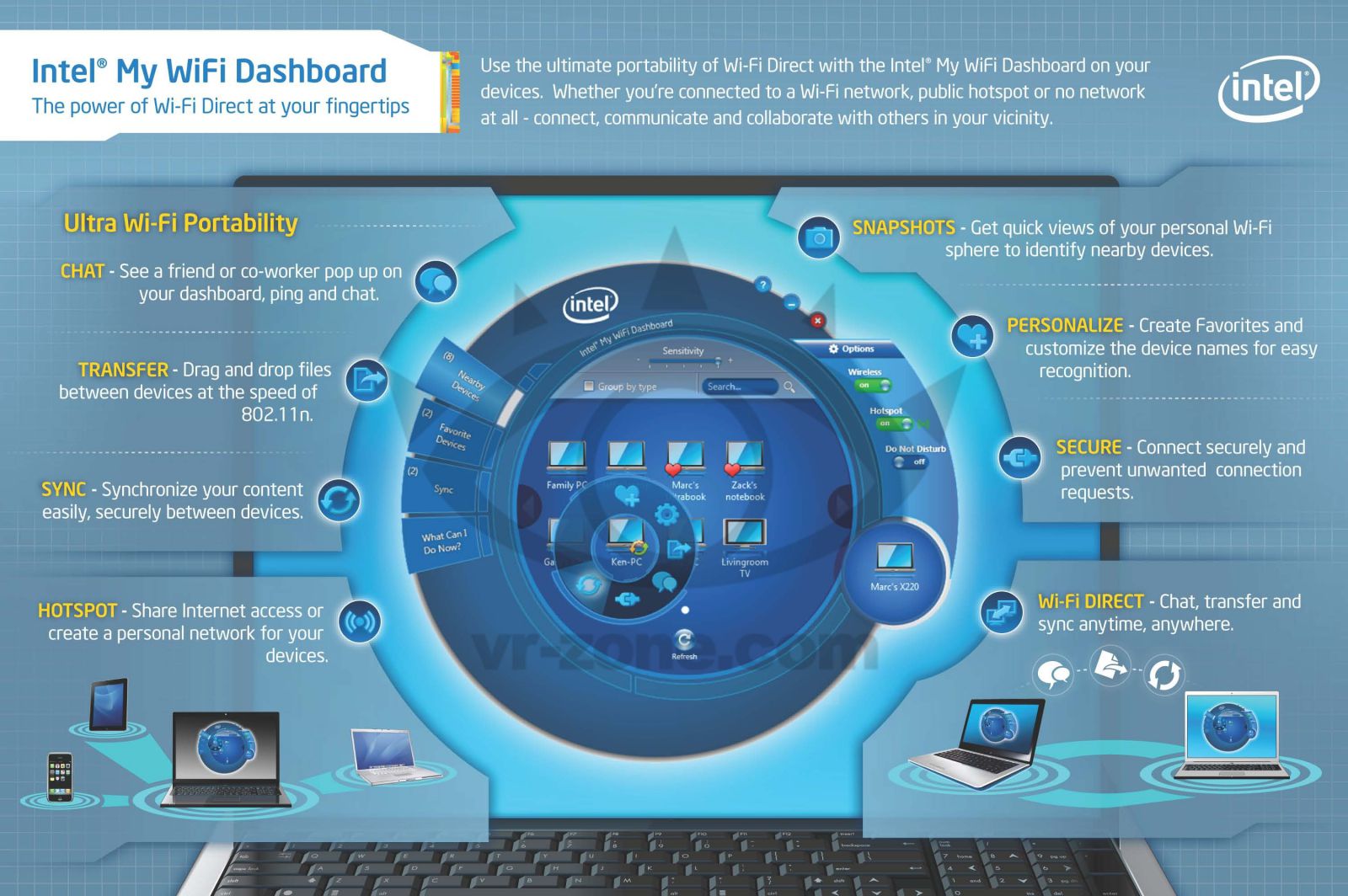 I assume you might have the following 2 uses with the Wi-Fi connection:

1. For accessing the internet connection of the PC
and
2. To access the files on the device.

Solution for option 1:
Download Connectify or mHotspot software for the PC and setup it up (which is fairly easy to do). You can connect your device to the Wi-Fi network and access internet.

Solution for option 2:
Try an app called Software Data Cable on your Android device. You will be able to view and modify all the files in your device from your PC. The app creates a Wi-Fi network to which you must connect your PC. Then you enter the IP address shown in the app in the explorer's address bar and you will be able to access all files on the device.

I think now the best option is Airdroid app. you can do multiple things including transferring files with WiFi to your smartphone. It does not use exact Wi-Fi direct protocol but has same speed and uses Wi-Fi.