How to synchronize directories outside the Google Drive directory

I installed Google Drive and want to use it in order to backup some data scattered across my HDD.

I cannot get it to use these different directories because I can set only one folder in Google apps. I tried to create junctions and hard links to the outer directories, however it does not work ... any ideas how to correctly set it?

You could use what I used when I had the same issue with Dropbox. And that's to use: NTFS Junction Points like you said.

It's pretty much a worm hole in the file system that makes a shortcut without appearing like one to applications. There are downsides to using these as an antivirus would scan both folders (despite physically being the same), amongst other things.

Try something like Junction Link Magic instead of command lines if it helps.

Update: it appears JLM does not create junction points the way we wanted. Instead use Junction Master which creates hard links, and that will lie to applications the way we need it to. You can read more here.

Creating a link in Junction Master will allow Google Drive to see it in the options. 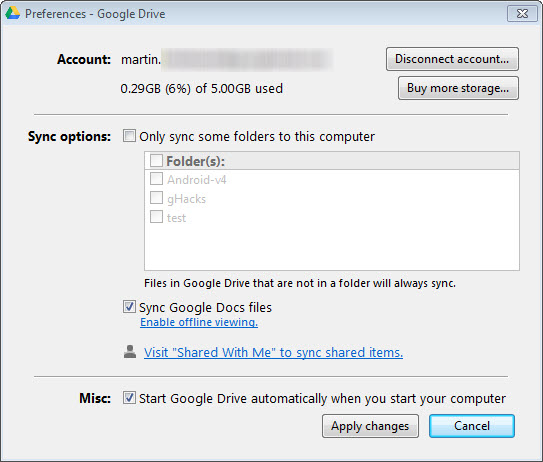 If we look at it in terms of shortcuts, consider a Junction Link as the shortcut file, and Destination as the original location.

And consider looking at tutorials to do this for Dropbox, as Google Drive similarly has only a single sync folder.

Oh and I'd avoid juntion points between drives!

I have significant experience with Junction Points and Symlinks and note the following results:

Also: I haven't seen a problem with having junctions cross (LOCAL) drive boundaries (C: -> F:) and have done this extensively over the years). SymLinks are required to cross MACHINE boundaries (C: -> NetworkShare).

It's a PITA to move the directory and then link (and feels 'unnatural') but it works fine that way.

You could drag the actual folder to the Google Drive folder. Then create a shortcut to it where you originally had the folder.

From the Command Prompt:

Download from insynchq.com for 2 week trial, then 10$ one-off payment thereafter.

NOTE: I do NOT work for them

Now Google Drive for Windows has a option for this. You just need to go to Preferences -> My Computer -> Choose Folder, then you can pick up a directory outside the Google Drive main directory, and it will be synced for you: 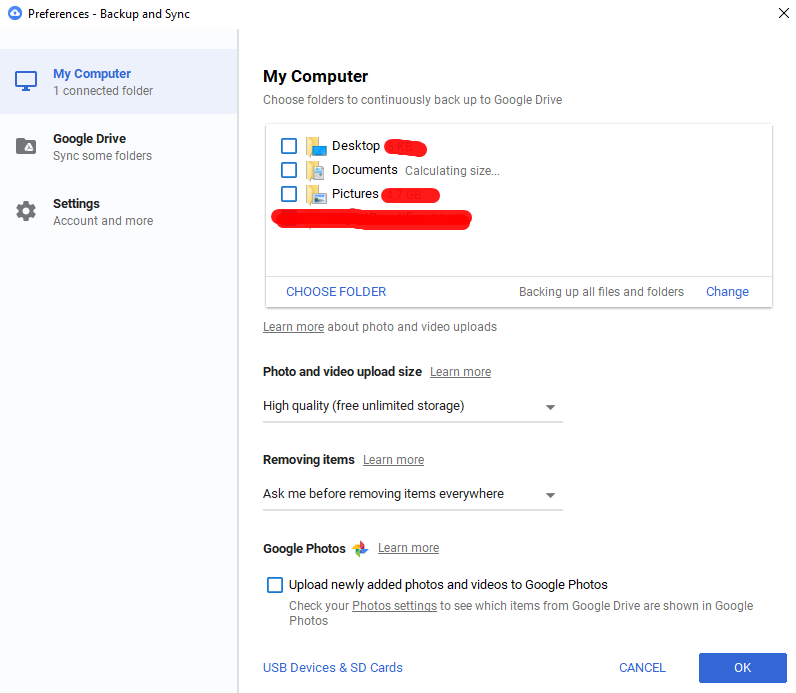 The uploaded directories, will be not available under the standard Google Drive directory. To access them online, you need to go to drive.google.com -> My Compututers -> Your Computer Name: 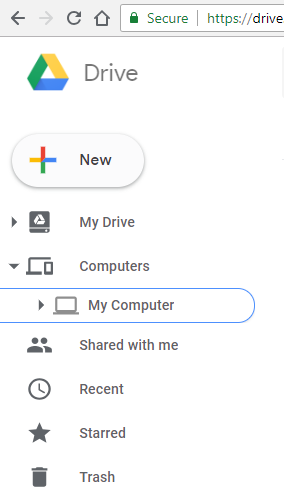 Just a quick answer (to summarized) which work in windows 10:

The first link will create the folder shortcut that points to the path of the second link.

(The symlink will look like a normal windows shortcut, but you will see the difference in file "type", it's not a "shortcut" but a "file folder" which has shortcut tab on it)

Just to synthesize another question/answer:

/J and /D are different: only /J will work if you access the path from another machine.

Click on the Google Drive icon in your system tray (usually bottom right of your Windows task bar) Choose Preferences Choose Disconnect account, your Drive will be disconnected but your files will stay on your PC Click on the Google Drive icon again Sign in when asked, step through the set up until you reach screen 2 of 2 – then click Advanced setup Click Change to choose the folder name and location Your files will EITHER: 1) be re-synced down to your PC in this new location Delete the old folder and files – if you want to. 2) Compare existing files if you moved the Google Drive folder, or all contents into a new folder you choose.

Using mklink worked fine for me on Windows 10. Be sure to run CMD as Administrator.

2
Google Drive deleted collaborators files - attempting recovery
11
Portable Dropbox/Google Drive
0
Where does Google Drive store auto backed up photos?
0
Google Drive - how to retain files but reinstall Drive?
1
Syncing folders/files on two computers w/Google Drive
1
Is it possible to save a configuration of folder structures that can be used to restore files into their folders?