I have a HP Laserjet Pro 400 color MFP m475dw. I am running OSX Snow Leopard.

Is there a magic dance I can do when restarting the printer to get it back to factory defaults, or better, anyway to start the screen calibration?

The touchscreen is totally out of whack, meaning that the locations I press on the touch screen don't cause a response in the same location in the printer. This means, for example, that to press "Settings" on the printer means pressing somewhere near the center of the touch screen. This also means that some buttons are (or at least, seem) totally inaccessible.

With a newer firmware, the calibration is started from the integrated web configuration facility, which can be reached with the HP Utility on OS X, via the "Open embedded web server" button.

From there, navigating to System -> Service, there is a "Start calibration" button. Pressing this gave me the touch screen calibration screen on the printer and it actually worked this time. 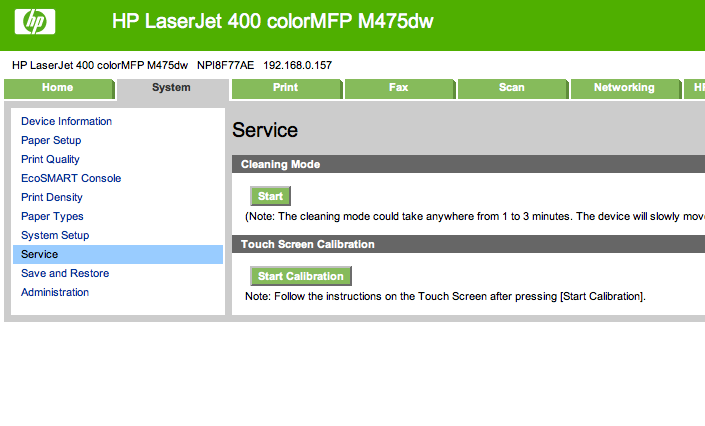 There should be "HP Solution Center" software on your PC that you installed the print drivers on, it can do most everything the touchscreen can do. Use the "settings" button at the bottom of the main screen.

Not sure what you mean by re-calibrate.

Here is the manuals page for that model printer 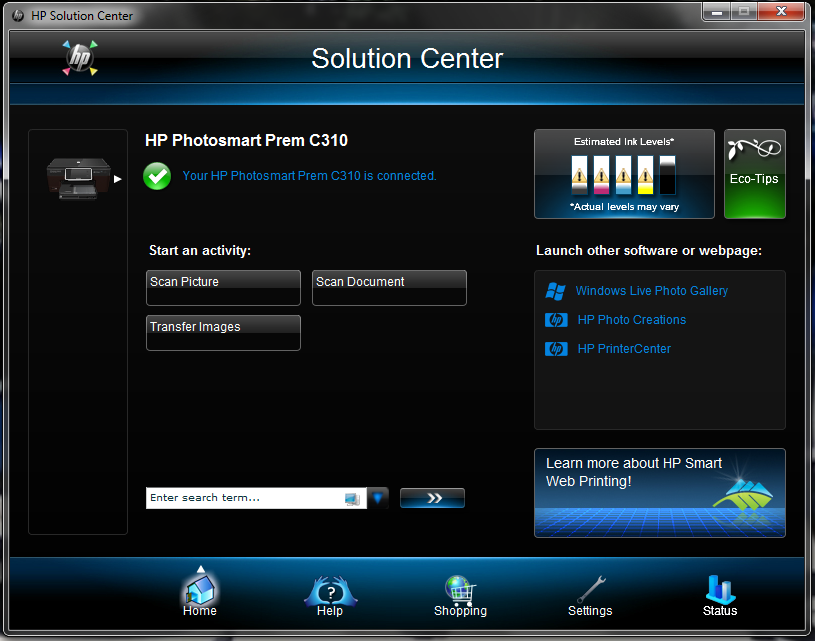 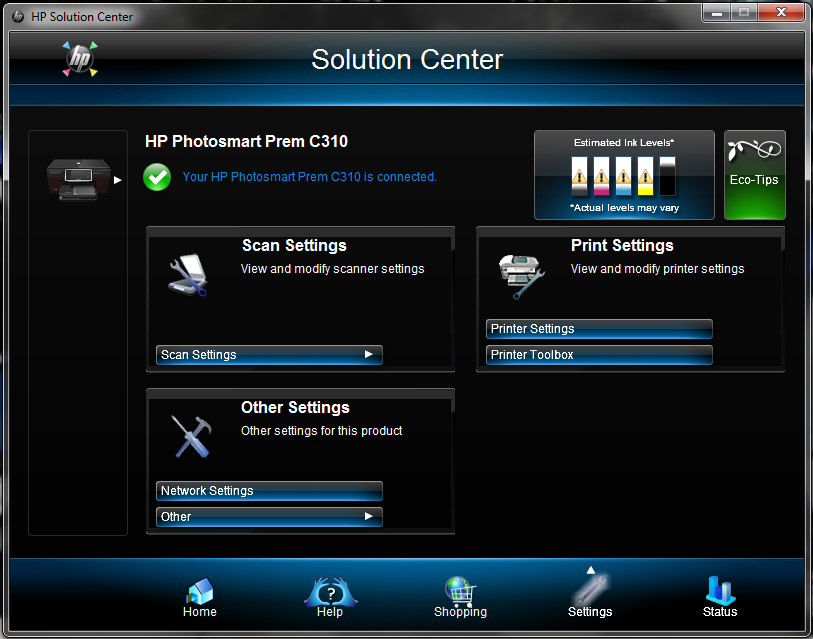 Then I followed the steps (Press on the Dots ● shown on the touch screen) until getting the Home Window of the printer. Hope this will help you :) 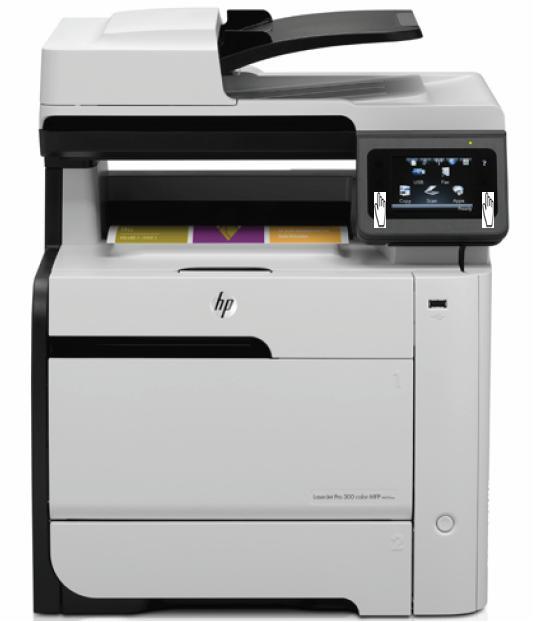 I had the exact same problem, I could even calibrate the screen using the method noted above with touching the specific areas simultaneously on the black sides and doing a factory reset. The screen would calibrate but not work afterward.

I too had the exact same problem, while senselessly cleaning dust off the touchscreen. None of the buttons worked right, and I could not get it fixed. Ended up downloading the updated firmware from the HP website (for my exact printer/operating system) and presto! the "Start Calibration" button appeared under the system tab of the "HP Device Toolbox" (similar to others' "HP Solution Center") and worked perfectly as stated by other posters. Thanks so much to everyone for helping with posts and suggestions!!