Three computers accessing internet but only two network interfaces showing in ´ifconfig´, why?

My gateway(router) is connected to DSL.

The gateway connects to 1 wireless transceiver device. 2 fixed computers connect to the router. At the moment of me doing ifconfig 2 fixed computers were connected to the internet. And 1(my laptop) computer was accessing wireless internet. Yet when I do ifconfig I can only see 2 network interfaces: eth0 and eth1(and lo).

Why don't I see 3 network interfaces when I have 3 different internet connections?

I am not sure if I understand correctly. But you have 1 Wireless gateway and 3 Devices connected to it?

So doing ifconfig only shows PHYSICAL hardware/connections on the PC that ran the command - not the connections available or other device.

And you only have 1 internet connection, not 3. 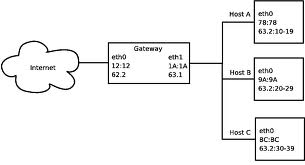 So as you can see in the illustration, each host has an interface of eth0, the gateway has eth0 and the ISP on the other side has eth0. the more interfaces a device has the higher the number.

ifconfig shows you interfaces. I.e., you might see an entry for each wired (physical) connection, and one for your wireless.

What ifconfig does not show you is connections. You might be serving hundreds of file transfers to as many connected systems via ethernet, and you would still only see that one ethernet card in ifconfig. 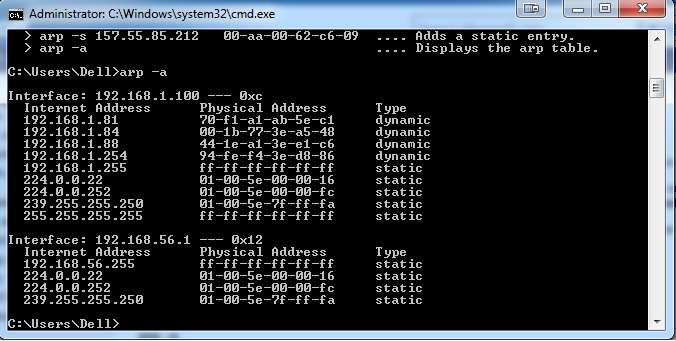 ARP in most linux/unix/bsd distros 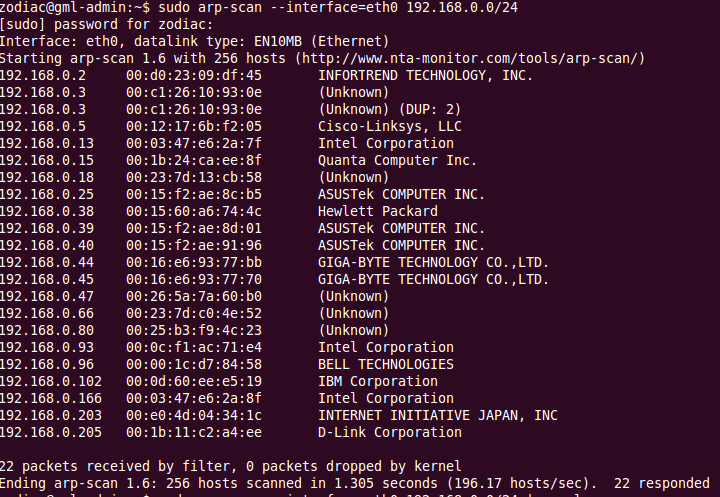 I guess you have this setup;

Not the answer you're looking for? Browse other questions tagged linux networking ip ifconfig network-interface or ask your own question.