How to disable the start screen on Windows 8 Release Preview?

The old advice to set the REG_DWORD value named RPEnabled (some sources claim it's RPEnable) under HKEY_CURRENT_USER\Software\Microsoft\Windows\CurrentVersion\Explorer to 0 doesn't work anymore since the Consumer Preview (i.e. now also for the Release Preview). Yes, I tried both RPEnabled and RPEnable.

How can I log into the system and be presented the desktop instead of the metro start screen? I got rid of the lock screen already, so this is the missing piece in the puzzle of making Windows 8 Release Preview usable.

The next time you log in, whether at boot up or after log out, the desktop will launch shortly after the Metro screen loads.

EDIT: If you also want the classic XP start menu on the Desktop, install Classic Shell

Using AutoHotkey, you can create an application that minimizes the Start Screen on log-in. Create an ahk text file with the two lines below, compile it with Autohotkey and add the compiled application as a scheduled task using the method above.

Stardock's Start8 works on the Preview Release. It's simple and effective solution to the problem that is full-screen Metro. 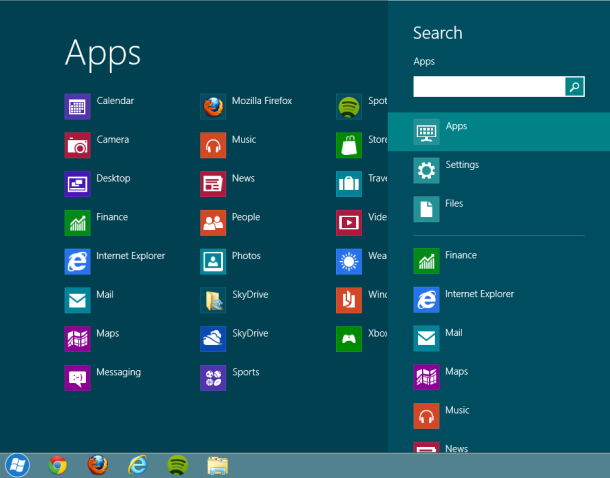 Nothing works better as Classic Shell. RPEnabled is not present in Windows 8 so go with that tool and you get a nice old style - desktop (not touch adapted to desktop) interface.

Not the answer you're looking for? Browse other questions tagged windows-8 windows-registry windows-8-preview or ask your own question.

3
Getting rid of Metro interface
0
How skip Windows 8 Consumer Preview Start Screen On Startup and jump directly to desktop
19
How to disable Windows 8 lock screen?