Here is an image of when light is outside and it appears green: 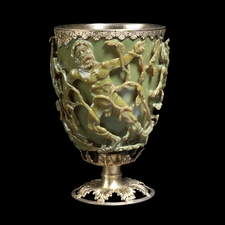 Here is an image of when light is inside and it appears red: 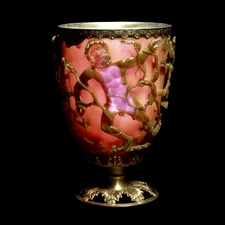 I have created a glass cup in blender. I have made the glass a red color, and then used the colorbands under the Object->Material/Shading->Ramps tab to add green specular and diffuse color. However, this makes the glass appear the same mix of red and green whether I put the light source on the inside or outside the cup. An example can be seen here:

According to the second post here, someone was able to

but they provide no clues on how to do this (in blender).

Does anyone know how to achieve this effect in blender?

Here is the solution that I ended up going with. Instead of defining a material with the properties that I needed, I used keyframes to change the material color and alpha channel as the light moved inside the cup. Here is the result:

Not the answer you're looking for? Browse other questions tagged blender or ask your own question.