First you need to download NirCmd. It doesn't require any installation.

NirCmd is a small command-line utility that allows you to do some useful tasks without displaying any user interface.

NirCmd has a nifty command called setdefaultsounddevice which we need.

Set the default sound device on Windows 7/Vista/2008. The [Device Name] is the name of the device, as appeared in the sound devices list of windows, for example: Speakers, Line In, Microphone, and so on... The {Role} parameter is optional and may countain one of the following values: 0 for Console (the default value), 1 for Multimedia, and 2 for Communications.

Now we need to find your [Device Name]. Go to: Control Panel\Hardware and Sound\Sound and locate your devices. They'll most likely be called Speakers. 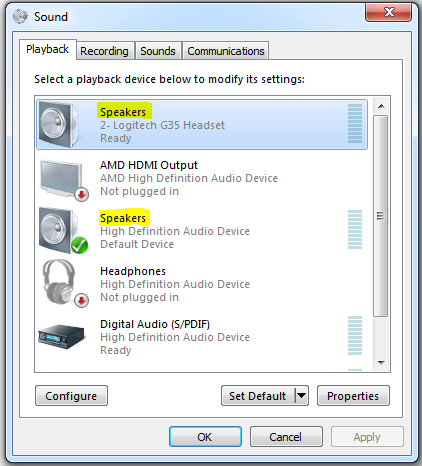 You'll need to change one of the names. I prefer to change the onboard sound device because once you unplug USB headset and plug it back in the device name will have reset to Speakers. You rename a device by choosing properties on the device and typing in the name you want in the top field. 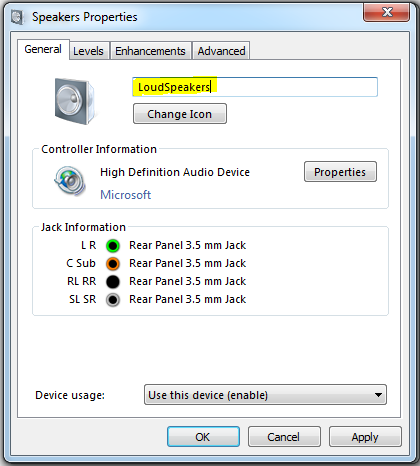 When that's done you should have two playback devices, one called Speakers (headset) the other LoudSpeakers.

We can now use NirCmd to switch to the desired device. Like so:

However I found that Skype (In my case) doesn't change when this is run. So we need to use the optional {Role} parameter as well.

You can create these using Notepad. They're just text files with a .ncl extension instead of .txt. Put them in a convenient location. We'll need the shortly.

Depending on your decision where to place the nircmd.exe file the following may differ. I'll be using the solution where I don't place nircmd.exe in the windows folder.

Now you need to go to the Logitech Gaming Software (driver) to bind your G keys to these scripts. Select the button you want to bind and choose Shortcut, choose an appropriate name and type in the path to nircmd.exe and the .ncl script in want to run. 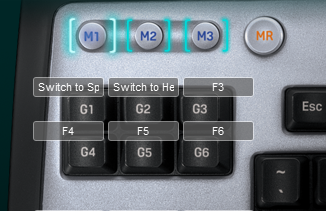 I found an easier solution.

I used this helpful little app here (audioswitcher) and I mapped the sound setting to some keystrokes, and then mapped them to the buttons on the side of the headset.

Same end result, but an easier path to get there, and the app is useful anyway if you have numerous sound output devices to manage.

Here is another alternative using a different program called "Audioswitch": 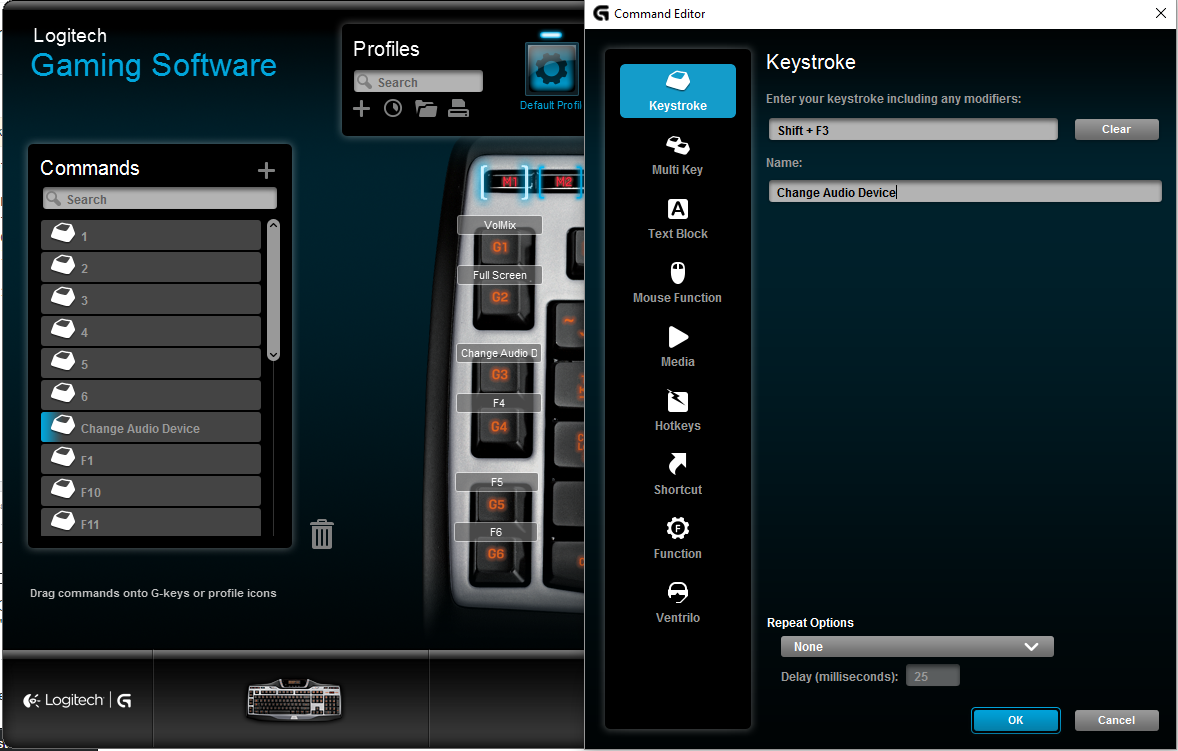 I tried this with my Steelseries Apex 350 and got it to work as following:

Not the answer you're looking for? Browse other questions tagged windows-7 logitech-headset or ask your own question.