I am looking for free, preferably open, alternatives to ACDSee for batch editing work. While I can do much of the work well on ACDSee, it's not entirely satisfactory despite having to pay for it. I need at least the following batch editing functions:

Couple of issues with ACDSee are: I always need to highlight the Exposure section or auto contrast will not be done despite it being saved in the preset; and I can't define, move around the cropping box, forcing me to manually crop tons of images.

I'm not an advanced, or "power photo-editor". I only require the basic stuff I described to be automated. My personal feature wish list (I'm pretty sure something so niche doesn't exist) would be text overlay based on the image names (images are named as image-1_1, image-1_2 or image-2_c1_1, image-2_c1_2, and text overlay would Image-1 and Image-2 C1 and Image-2 C2).

I tried digiKam, but damn that thing is huge. It runs very slowly on my Pentium 4 and 1.5 GB RAM. On top of being a program with over 1 GB of files, the KDE library it uses is always slow regardless of it running on either Windows or Linux.

If you're not afraid of typing commands and learning some very basic shell scripting, ImageMagick is a immensely powerful command-line driven open source suite to manipulate pictures available also for Windows. With it you can, among other things, do just what you asked:

It is available on Linux and Mac too, so if you'll ever switch you will find the same tools everywhere.

However, I wanted to add a couple of tools that I use for batch renaming. When importing loads of images from cameras, I like to rename to a specific format

Which allows me to have folders with shots from several cameras taken at the same time without clashes.

I use jhead for most of the renaming tasks for standard images but it doesn't work well with Nikon RAW and some video formats, exiftool is used for that.

Using these, I can rename based on the embedded timestamp & camera type and I can also set standard IPTC fields such as by-line and copyright if I want to.

I use a shell script to do all of the repetitive donkey work.

These tools & ImageMagick are also cross platform if needed on Linux & Windows. I tend to use them via Cygwin on Windows but only because it allows me to use the shell script. You could just as easily do it all with a Windows command batch script or even get clever with an HTML Application script (.HTA) which could give you a GUI very easily.

Here is a snippet of the script:

I've always meant to get round to replacing jhead with just exiftool - one day perhaps!

Maybe IrfanView can do some of that for you. I like using it for the occasional batch processing of images. 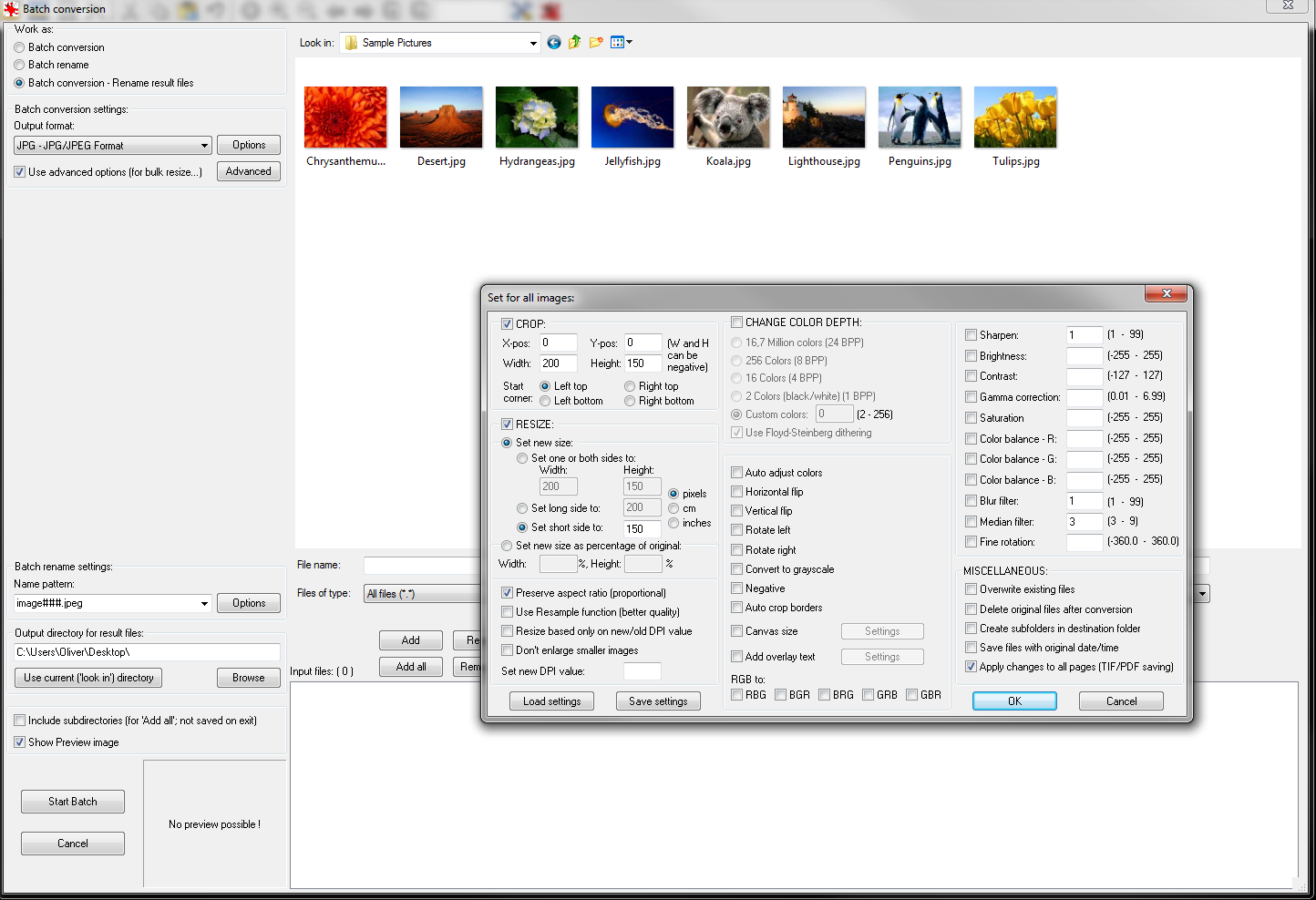 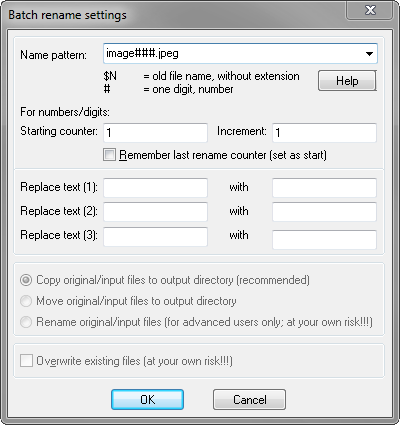 I think this tool can help with those specially easily. I created a simple windows 10 app myself for those features specially for specific watermark/signature positioning whatever the size ratio is along witch quick photo and file size optimization for web. I wish others also use it except myself :)

Not the answer you're looking for? Browse other questions tagged windows images image-editing or ask your own question.

0
How to enhance set of images at once?

0
Batch detect text in images
1
Best practice for editing multiple images in the same way
1
Batch Edit Multiple Images
1
How to automatically crop a roughly uniform background from a series of images?
3
Batch Image auto crop, apply fixed width, and maintain aspect ratio
0
How to enhance set of images at once?