I've been trying to follow Scott Hanselman's post on installing the Win8 RP on a vhd, using the win8 .iso on a dvd, but the install wont start.

I get a black screen with the Windows text for a minute or two and then a :( with some text about setup experiencing an error flashes up and my laptop restarts.

Has anyone got any clues what might be going wrong, or how I can diagnose this? If I kick off the installer from within windows7 it runs OK. But I don't want to overwrite my win7 install

OK a few more details where asked for, impolitely, so here goes. Lets Ignore the whole vhd thing as its probably confusing the issue and some people.

Downloaded and Burnt the Windows 8 RP to a dvd (multiple times in case it was corrupted and re-downloaded the Win8 RP and verified the sha1 hash to make sure the download wasn't corrupted). That's all good. Also verified it on another laptop.

Are we all keeping up? Right, I then inserted the DVD and restarted my laptop.

I'm then asked me to press any key to boot from the dvd. I pressed space. 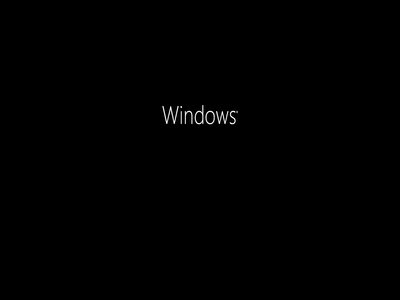 This sits there "for a minute or two" and I get a screen with an :( face and a message, something like "Windows/setup had an unexpected error" but like I said "an error flashes up" and my laptop restarts.

I've been looking into this for the last 3 days on and off, and haven't gotten anywhere, any helpful and constructive help would be appreciated.

I'll post the logs when I get home, they might make a bit more sense to some else.

My logs from the c:\windows\panther\ folder which are the win8rp install logs I think... http://sdrv.ms/LXorJU

First off, as I've been beaten about the head with this fact, Windows 8 Consumer Preview is NOT Windows 8 Release Preview. The instructions you have linked to do say they are for Consumer Preview. Yes, I realize YOU are going to say that shouldn't matter, and I might agree. However, you are dealing with Beta software that Microsoft is making changes to every time they release another preview, so we have no idea whether or not something they did is making this not work the way you think it should.

The original instructions on how to boot Windows 8 from a VHD still work and are valid for the Consumer Preview.

... which begs the question... why write the guide, if the instructions are the same as the one he wrote previously, why write another if he is just repeating himself? The answer is... I don't know, but he did. So, if the instructions were the same for doing this with Release Preview, we would expect him to follow precedent, and write another guide, stating that you do the same thing you did with Developer Preview. Except, he didn't write a guide for Release Preview.

Third... I'll quote his own disclaimer...

Disclaimer: Hopefully you are a technical person or you are not afraid of totally destroying your computer with new preview software. Even better, you aren't the kind of person to rage on a stranger's blog when his totally unsupported instructions on how to install the Windows 8 Consumer Preview onto a VHD delete everything you know an love. You're on your own, friend. I don't work for the Windows team and you don't know me. Remember that as you edit your boot records and destroy your PhD thesis. To the cloud!

Fourth, your question and the details you provide are so light, you essentially are saying "I try to install Windows 8 and it don't work. Why?" and that is all. No, don't argue with that. Let me ask you some questions here, that you should have already answered (if you were the kind of person who should be messing about with following these instructions you have linked us to). For instance. What EXACTLY does this "black screen with Windows Text" say? If you can't write it down, why can't you provide a picture from your camera phone? I mean, telling you got text with some more text doesn't help at all. What steps did you follow from his Developer Preview installation instructions that actually worked? Why did you feel it necessary NOT to detail what you did, step-by-step? Why didn't you include the make and model of your laptop, with any details regarding hardware upgrades you may have performed? There's more, but that's just a good start.

Fifth, if you don't want to overwrite your Windows 7 install, why are you using that hard drive, or trying this in the first place? As the disclaimer says, and the Windows 8 Faq says... you shouldn't be installing this in an environment where you have anything to lose. I don't care if you think you CAN do it without losing any data (personally I would disagree with that assessment based on my fourth point), everywhere else is telling you NOT to.

So, has anyone got a clue as to what might be going wrong? Well, your diagnostic and troubleshooting skills are abhorrent as I pointed out regarding your inability to detail exactly what you did, and what errors you have received. That's the biggest thing going wrong, right out the box.

What could be wrong here? For starters, the DVD you made could be corrupt. Bad Burn, scratched media, etc. What did you do to determine if that was the case? Don't say you "know" there isn't anything wrong with it. That would just be proving my point about having bad diagnostic and troubleshooting skills. I mean you say "if I kick off the installer from within Windows 7" it works fine, but what runs when you start the process from within Windows 7, is NOT the same as what runs when you boot to the DVD. Sure, the eventual process WILL be the same, but what runs from within Windows 7 is a shell to get you to the point of rebooting the machine and THEN begin the process that you get to when you boot to the DVD. So in truth, you have no way of knowing whether or not the DVD would have worked. You never let it finish. That's just the possibility that the DVD could be at issue.

Why didn't you post a comment on that page requesting his assistance? Did you see the comment about using Powershell to essentially do the same thing? I doubt you read that far down, so here is a link. Did you try those instructions? What were the results?

In general, this question is too localized to you and your situation alone, which according to the FAQ here makes it not a very good fit for SU. You are also dealing with Beta software and as such it is expected that you will encounter problems. Furthermore, you are attempting to use that Beta software in a manner that isn't necessarily recommended by the people who made it, which can potentially create even MORE problems. So, you need to rethink all of this, you need to detail exactly what you have done to this point, you need to exhaust every possibility on your own, and you need to attempt to communicate with the people who are providing the instructions you are attempting to follow.

So, I got a popular question badge for this question! It's been viewed over 1,000 times. That's either for comedy value or lots of people are having the same problem. So I thought I'd update the question with an Answer just in case there are people here looking for help.

After get some helpful and friendly answers on the MSDN forums, the problem was tracked down to the Win8 ACPI BIOS check at the start of the installation.

The laptop/motherboard is compatible with the Win8 requirements, there is a problem with the bios and the way in which it reports its capabilities (this maybe due to the two GPU setup the motherboard has).

So the answer is that there is no solution to this problem :(

Unless DELL suddenly decide to update the BIOS for these old machines then it's no Win8 for me :/ If you have an alienware m15x and you want Win8 your going to need a new laptop.

Not the answer you're looking for? Browse other questions tagged installation windows-8-preview boot-to-vhd or ask your own question.

1
Windows Home Server installation fails because it can't find the DVD drive anymore
4
Windows 8 freezing on a VHD on a MacBookPro
3
Installing Win8 in VHD: "could not load \Windows\system32\winload.exe"
10
Windows 7 Install command prompt can't access the C drive
4
Netbook will not boot from Windows 8 install USB stick
1
Is it possible to copy a bootable VHD between computers?
0
White Screen of Death upon installation of any OS
1
Windows 10 USB install "Windows cannot read the <Product Key> from the unattend start file"