What kind of power cable is this and what is it used for?

I was digging through some cables and came across this weird looking one. Not sure what it is for and what kind of plug it even uses. Searched online but couldn't find anything that pointed me in the right direction. 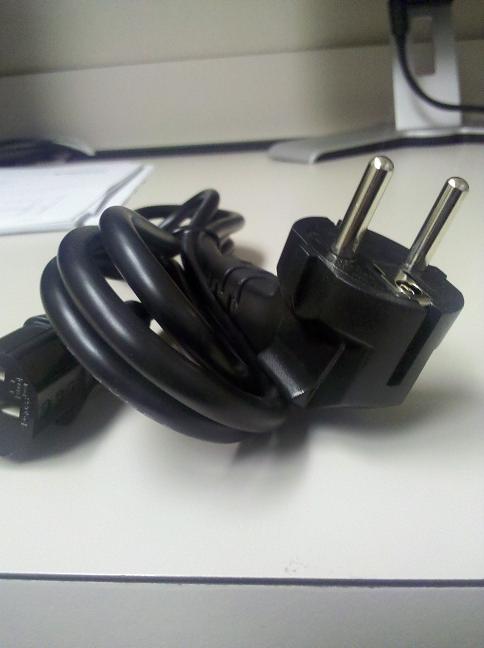 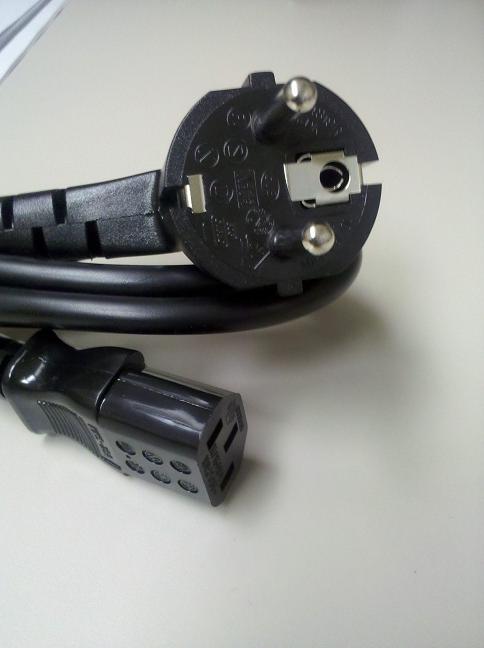 This kind of plug is called Schuko and it's a de facto standard in many European countries.

"Schuko" ( /ˈʃuːkoʊ/) is the colloquial name for a system of AC power plugs and sockets that is defined as "CEE 7/4". A Schuko plug features two round pins of 4.8 mm diameter (19 mm long, centers 19 mm apart) for the live and neutral contacts, plus two flat contact areas on the top and bottom side of the plug for protective earth (ground). Schuko sockets form a cavity into which the plug is inserted. Schuko plugs and sockets are symmetric AC connectors. They can be mated in two ways, therefore live and neutral can arrive on either pin at the consuming device. As with most types of European sockets, Schuko sockets can accept europlugs. Schuko plugs are considered a very safe design when used with Schuko sockets but they can also mate with other sockets to give an unsafe result.

"Schuko" is a short form of the German term Schutzkontakt (literally: protective contact), which simply indicates that plug and socket are equipped with protective-earth contacts (in the form of clips rather than pins). Schuko connectors are normally used on circuits with 230 V, 50 Hz, for currents up to 16 A.

Contrary to what the accepted answer says, this is not a Type F "Schuko" (CEE 7/4) plug but rather a CEE 7/7 hybrid plug. It's a grounded male power plug designed to work with both the 'German' Type F sockets (CEE 7/3) and the 'French' Type E (CEE 7/5) sockets.

The images below show a typical CEE 7/7 plug, a combined photo of a Type F plug and socket, a Type E wall socket, and a type E plug. Note how the 7/7 plug has contacts for the type F earthing clips as well as a female contact to accept the type E earthing pin. The Type F plug (CEE 7/4) cannot be used with the Type E socket because of that pin. As far as I can tell a Type E plug (CEE 7/6) might be usable in a type F socket but it will not be grounded and I wouldn't recommend doing so! In practice, "pure" Type E plugs seem to be all but extinct post-2000 and have been entirely supplanted by CEE 7/7 hybrid plugs. I couldn't even find a decent picture for the plug and had to settle for a render. I'd expect Type F plugs to be equally rare these days.

And while I assume anyone visiting this site is familiar with the other end of the cable, for the sake of completion that's known as an IEC C13 connector. 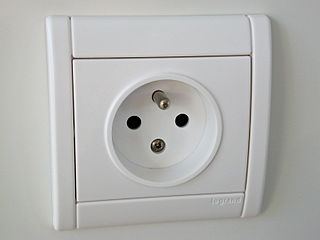 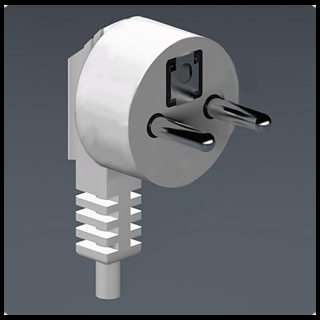 Not the answer you're looking for? Browse other questions tagged power cable or ask your own question.

5
Could I make my own USB Type A/A cable?
17
Can I safely connect the power-only-end of a USB-Y cable to an other power source?
0
Replacement for Ubiquiti AirWire power supply
0
Do I really have a telephone-only cord connected to my RJ-45 jack?
1
Testing “cat5 verified for gigabit” cable
1
What cable do I have to buy to connect an iMac 2017 to LG 27UD88-W
0
Determining ethernet wire category/speed
1
Is there a name for this kind of power cable?
0
Does the Power Cable Double as an Antenna?