How to avoid I/O bottlenecks in PC hardware selection and analysis?

I'm aware that the data transfer rate and the amount of memory held in the CPU cache can determine how fast a PC works. There are also probably a bunch of other factors that affect the performance of a system.

For myself and the sake of a lot of others, what information do we need to know to avoid bottlenecks when we are building a computer system? I'm not very familiar with hardware, so please bear with me. The goal is for me to understand what are the most likely areas where a system will bottleneck, and how I can analyze system specifications to understand if there is likely to be a bottleneck that will slow things down unnecessarily.

Largely taken from Wikipedia - Memory hierarchy and my own experience: 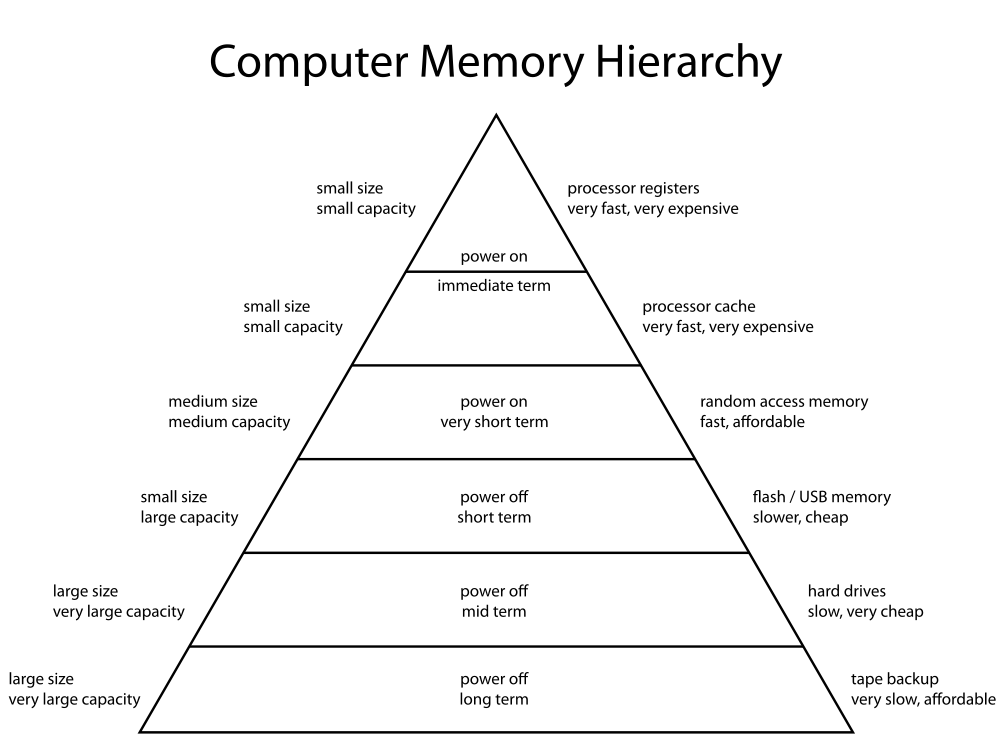 It is inevitable that, the lower down the memory hierarchy you go, the slower the data transfer rates will be. So "matching" the data transfer rates will not be possible. However, for optimal performance, you need to make sure that data which must change or be accessed more frequently is kept in the "higher layers" of the pyramid. For instance, if you access a piece of data 12 times per second, you definitely don't want that data to reside at the bottom of the pyramid, in the tape backup level! You would at least want it to be in the hard drive level, although personally I think it would belong in RAM.

This has many possible ways of implementation:

Not the answer you're looking for? Browse other questions tagged performance io or ask your own question.

3
How can I determine what hardware is the bottleneck/limiting factor for system performance?

0
Hardware/IO Bottlenecks
6
Will an SSD speed up an Atom-based netbook?
28
Computer slow after installing 32GB RAM
3
How can RAM contain a "memory map" if RAM is unaware of the overall system?
1
Speed with multi-cpu motherboard
2
How is it possible to use a RAM module that works at a higher clock frequency than what is supported by the MMU?