No it will not fit, those laptops are built with slimness in mind, that being said they ensure everything is compacted as much as possible, including the compartment for the hard drive.

This is an old thread, i.e. 2012 and we're in 2017... but this answer may help someone with the same situation. Like rightly said above, the answer obviously depends on the model of the Macbook that you want to try this with. In this post, someone managed to fit a 15mm HDD into a Macbook Pro unibody of any size (13″, 15″, 17″) —though this will NOT work for Retina models. The result isn't ideal, i.e. the HDD protrudes about 1mm out —see pictures in the post.

EDIT — 2019/05: I've successfully installed a 4Tb HDD 15MM Western Digital Blue into a MacBook 17" Late 2011. The 4 screws that hold the HDD have to be removed so the 15MM HDD lies flat on the aluminum body. After that, the bottom cover goes back alright, though perhaps a little tight on the side of the 15MM HDD. Other than that, it works beautifully. 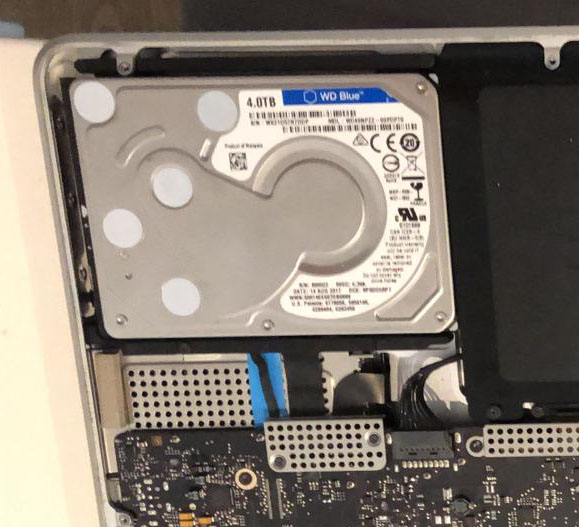 Not the answer you're looking for? Browse other questions tagged hard-drive macbook-pro or ask your own question.