How can I restore the Ubuntu boot manager?

First I had Windows 7, Windows 8 and Ubuntu 12.04 installed side by side as triple boot.

Ubuntu Boot Manager was the primary one. Then I deleted the Windows 8 part and upgraded my Windows 7 to Windows 8.

Now when I boot in my system, I don't get the Ubuntu boot manager at all and directly boot into Windows 8.

Moreover, the partitions of Ubuntu were of ext4 format, so I can't even access those. And to top it all, now when I make a flashable Ubuntu in a pendrive and try to boot from it, it says no OS found.

I would take a look at EasyBCD (beta required to work with the win 8 bootloader). Once you boot into windows 8, it can find the partitions (if they still exist) and then add them to the boot loader. 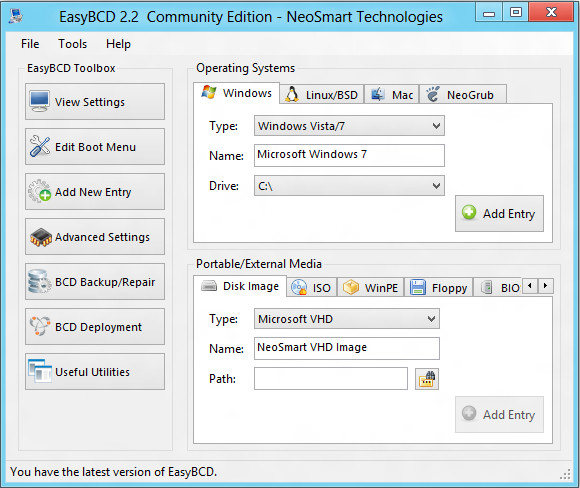 Then go to the tab the describes what OS what you want to use (if you want to add ubuntu, go to the linux tab for example) and then select the partition that has the OS (or let it find it automatically, but I have no experience with that). 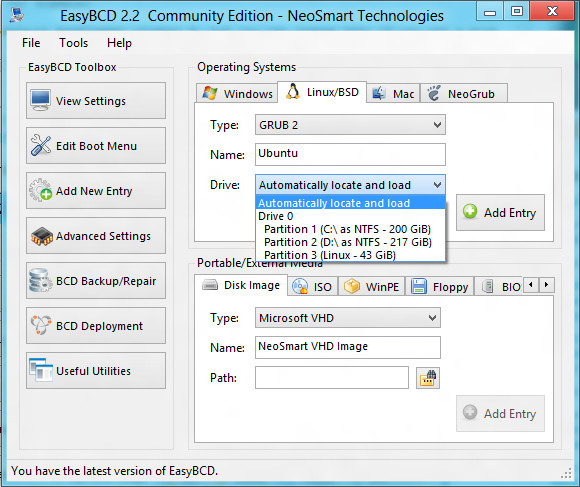 This will make the default bootloader windows 8, but you can change this if you use a grub disk or similar.

Try RescaTux. This one is a LiveCD distro for (re)installing, updating, configuring and repairing GRUB.

5
How to boot directly into Vista and Windows 8 from Grub without the Microsoft boot manager?
0
Triple boot for Mountain Lion/Ubuntu 12/Windows 7 (but ready to convert to windows 8)
1
Need advice: triple boot Win8, OSX, Ubuntu on two different hard disks
1
To install co-exist Ubuntu 12.04 with Windows 7
0
UEFI DUET does not boot Ubuntu 12.04
0
How to skip motherboard boot manager when powering on?
0
How to add a new boot option to Ubuntu boot manager