What gets uploaded when I surf the web?

I am using a modem, and it shows a download speed of n kbps and an upload speed of m kbps. When I check its logs, it shows the amount of data downloaded and uploaded. I'm wondering why it shows that I've uploaded 3 MB of data in an hour, which seems excessive when I never upload anything or use torrents.

So what am I uploading when I'm surfing the web?

For more details on how TCP connections and acknowledgments work, see Diogo's answer

When you visit a site, something like this happens:

The bottom line is that you can't download something without first connecting and uploading some requests to the servers you are downloading from. And that's what makes up for a little upload...

And it's not like that you only click, you do more than that, let's take your question as an example: You have typed around 500 characters, a character counts as 1 byte (if ASCII character, all are in this case) and can be from 1 to 4 bytes (if an Unicode character). So, your question actually takes 0.5 KB or 0.00005 MB! But it's not just the question that gets send to us, it's also surrounded by a POST or AJAX request which asks the server to store your question and the packet headers itself.

If you add everything up it becomes reasonable to reach a few megabytes in a few hours or so.

Your upload is based primary by the requisitions that you do on typing an address(www.google.com for example) to a webserver to request a HTTP connection to that site. After these requestions, the next point of uploading are ACKs (Acknowledgements from TCP connections on HTTP protocol) on its handshake process:

To exemplify, take a look at the TCP diagram(you use TCP on surfing on Internet): 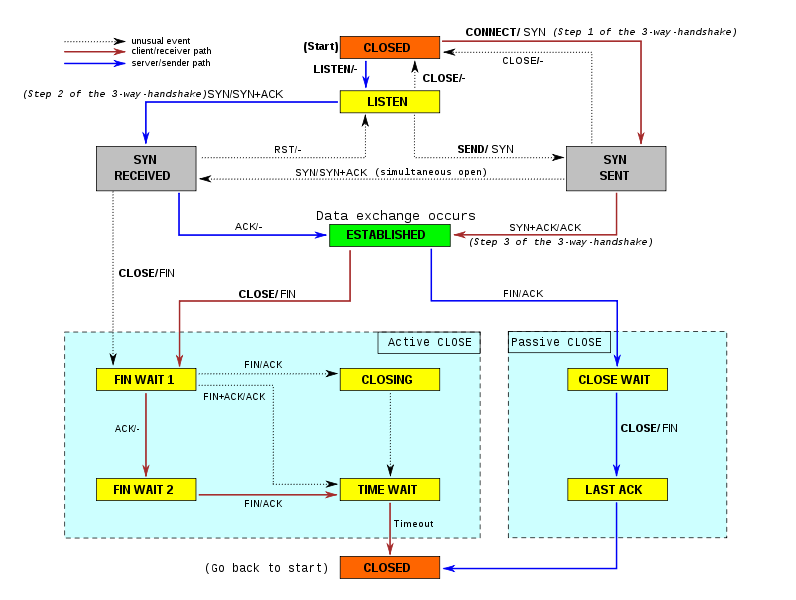 When you are online, quite simply, everything that comes from a remote target is a download and everything you send is an upload.

3MB for an hours usage isn't really that much!

More than ordinary TCP and HTTP packets, you should also learn a bit about some special informations which are captured by trackers. Get informations on the Ghostery dedicated website.

They only make necessary data bigger!

Not the answer you're looking for? Browse other questions tagged networking download upload usb-modem or ask your own question.