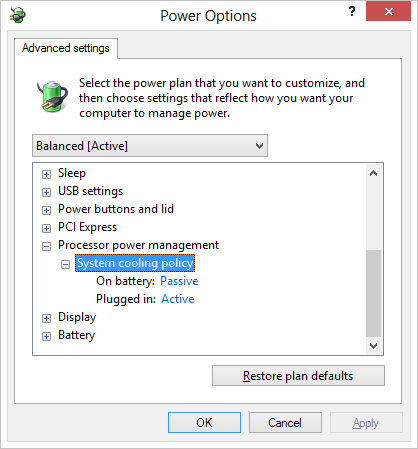 Restarted my laptop after all-night torrenting, and when the exhaust fan felt unusually warm, I notice the setting is gone, my CPU is running on max-speed no matter what profile I choose (even setting the CPU to always low in BIOS don't work). I've tried resetting the power profiles, and still nothing happened. Maybe an in-place upgrade would solve this, but is there someway to restore it without spending few hours waiting the process? Or did the failure of BIOS option for forcing to low power (which previously work just fine, even on Linux distro which doesn't support power throttling) is a sign of some hardware problem?

EDIT : I check CPU-Z and it turns out my CPU throttling is still working normally. Even the reset doesn't change the state setting (I set it to always use the lowest on power saver, and maximum at 80% on balanced), so the setting somehow doesn't appear, and it's not affected by setting reset too. The task manager still report as if my CPU is working on maximum frequency though.

This happened to me after I installed Hyper-V on my computer. Apparently, you cannot use these advanced options and Hyper-V at the same time. I went to Control Panel > Programs > Programs and Features > Turn Windows features on or off and disabled Hyper-V.

After rebooting, everything is back to normal.

I too experienced the same situation Window 8 Consumer preview... But i believe this is due to and after use effect of registery cleaners i used a couple of softwares like Uniblue powersute 2013 and Advanced system care.. all latest builds.

I noticed above mentioned problem after using these 2 softwares, don't sure which one is culprit..

Found no cure rather than reinstalling window from fresh start.. Hope u got any help from my reply..

I have had a similar problem on Windows 8 Pro. My CPU frequency was not changing during normal work (at least it was shown at 100% in the Resource Monitor and in Task Manager) and did not even change upon changing power profiles. Also the minimum and maximum CPU frequency options in power profiles were missing.

I found out that I caused this by forcing Windows to use both cores during OS start. So reverting the setting to default in msconfig, everything went back to normal after restart ("number of processors" needs to be unchecked). 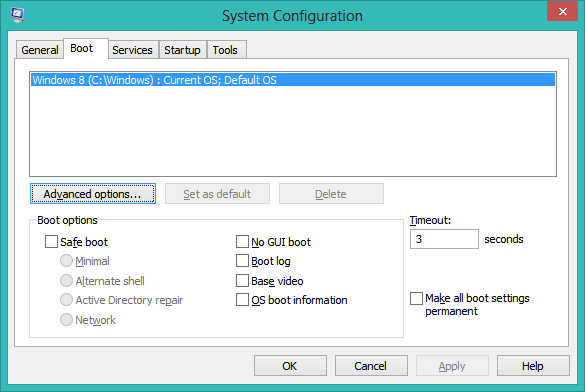 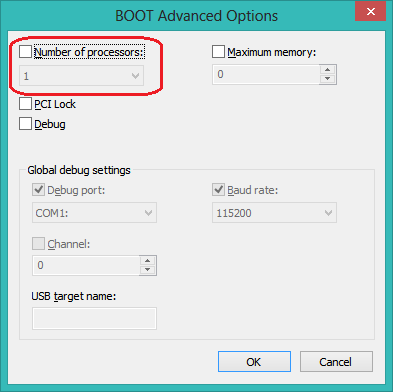 Not the answer you're looking for? Browse other questions tagged 64-bit power-management windows-8 or ask your own question.

2
How can I make the CPU to switch from “minimum processor state” to “maximum processor state” much much faster?
65
What Is Minimum And Maximum Processor State In Windows 7 Power Management?
0
Windows 7: After wake from sleep, Maximum CPU P-State always sets to 5%
3
How to explain the strange power consumption difference among OSes and hardwares and how to lower it?
0
Dell desktop falls asleep in a couple minutes, ignores power/screen saver settings
1
Windows 10 Laptop Hibernate and Shutdown Freeze Midway to Complete Power Down
1
Power management settings in Windows 10 (and BIOS)