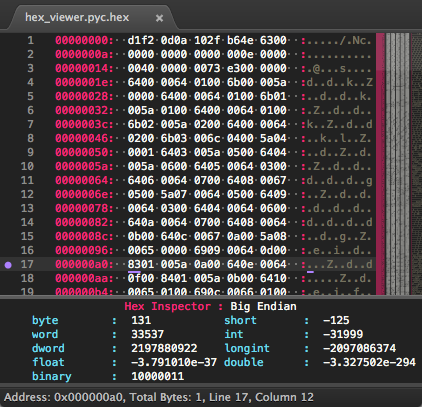 powershell 5.1 format-hex seems to have a bug decoding binary files. A sample test had error displaying offsets 0x290 & 0x7c0 for a 2kB file.

5
How do I use the Emacs color-theme on Windows and with the .emacs/.emacs.d?
1
How do I select columns in tab separated text?
1
Mass text manipulation?
0
Return / transform then return pattern with nulls
6
Why do text editors think this file is UTF-8?
4
Windows 7 network adapter device name using winpcap
1
How to recover or decode the old version of a corrupted text file?
0
Largest Bytes Cached by ReadyBoost in Practice by Windows 7?
1
Consequences of removing NUL characters from a text file?