How do I install and use Windows Virtual PC in Windows 8?

I really liked the integrated Virtual Machine that Windows had built-in with Windows 7, known as the Windows Virtual PC. I'm looking to install that again. I'd like to be able to install multiple virtual machines as I did before (running XP, Ubuntu, etc.) but I can't seem to find Windows Virtual PC for Windows 8.

Is it still available? If not, is there something that replaces it? How do I use it?

NOTE TO ALL: While this is an accepted self-posted answer, feel free to edit, comment or add an answer of your own. If your answer is better than mine, I will accept it.

This question was a Super User Question of the Week.
Read the blog entry for more details or contribute to the blog yourself.

Windows Virtual PC has been phased out in Windows 8, and has been replaced with the more full-featured Hyper-V.

Additionally "XP Mode" is no longer available and, if needed, you'll have to install an actual previous copy of XP with a license that you already own, as the XP Mode license was granted only to users of Windows 7 specifically (more info here and within How to retrieve data from a Windows XP Mode virtual machine on Windows 8).

Hyper-V has a ton more features than Windows Virtual PC and has much higher performance, being a bare-metal hypervisor. It's what has come with various server versions of Windows since 2008. For more details on its features I suggest reading this blog post from the Windows Blogs.

Note, however, that to use Hyper-V, you need to be running a 64-bit version of Windows 8 Pro or Enterprise, and your processor needs to support a feature called SLAT (Second-Level Address Translation). Both Intel and AMD have supported this feature on most of their processors since 2007-2008.

How Do I setup a Virtual Machine with Hyper-V?

When you open Hyper-V Manager you'll be presented with the following screen: 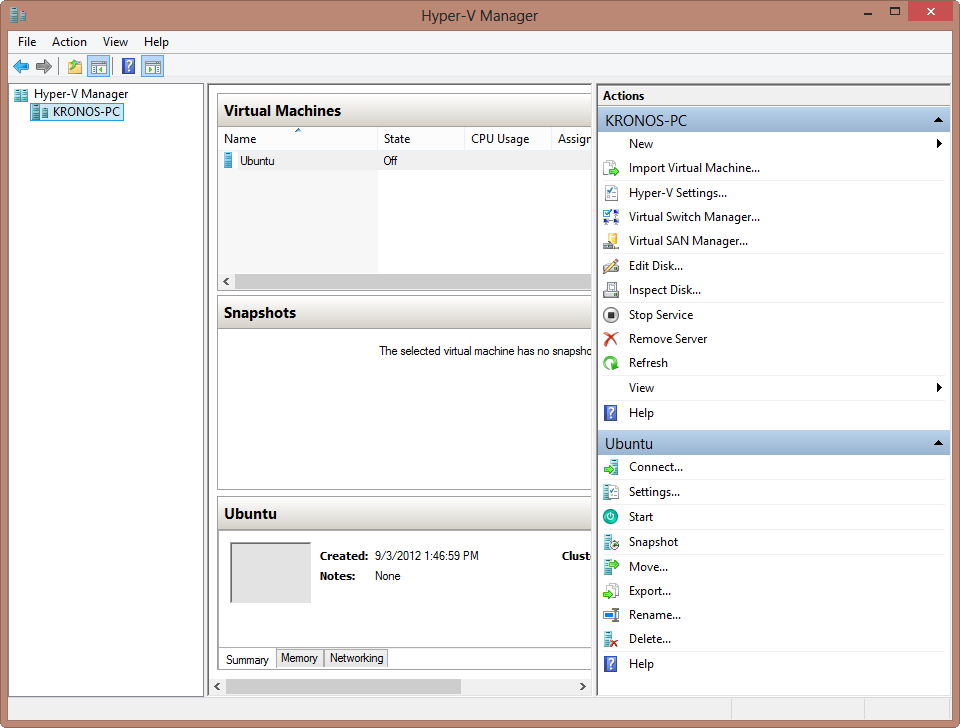 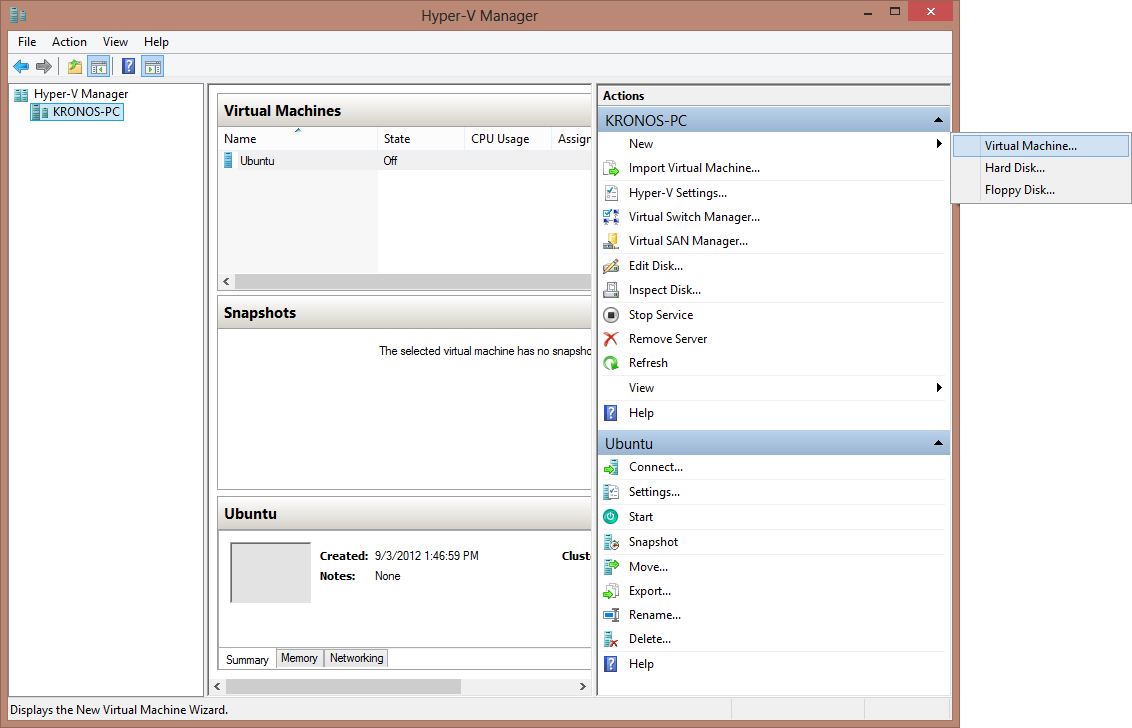 Follow the wizard which should be the following steps:

After that you should have access to your VM.

Snapshots is an awesome feature that Hyper-V comes with. It basically takes an entire snapshot of the Virtual Machine (even while it's still running!!!!) To do this you:

This is great to testing/development and you realize that you've crashed something major. The idea is to take the snapshot, make changes to it until its stable, and then "Apply" those change back to the original VM. You do this by Right Clicking on the Snapshot and selecting "Apply": 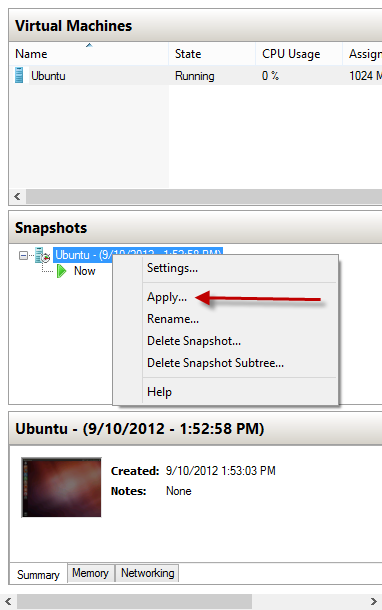 Not the answer you're looking for? Browse other questions tagged virtual-machine windows-8 hyper-v microsoft-virtual-pc or ask your own question.