Who controls the DNS servers? [closed]

DNS Servers are the servers that "translate" IP addresses into human readable names. How many are they? Who controls them?

These are the most important DNS servers on the planet, they essentially run the internet all other DNS servers, cache results from these. There are 13 in number and they are maintained by various organisations around the world. Each root server is prefixed with a letter from A to M so the root servers are A.root-servers.net upto M.root-servers.net. It must be noted that no server has all the records, it simply directs the requests to TLD servers. 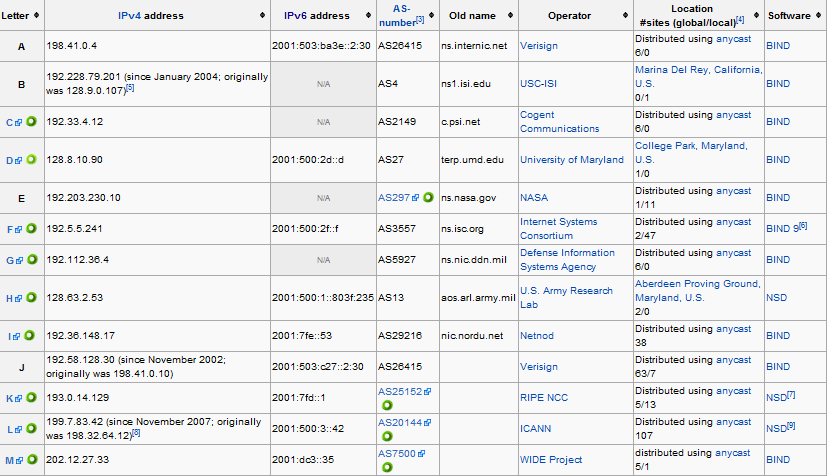 These are the most guarded servers of the planet, even Anonymous could not take them down. Note that these 13 root servers are split up into nearly 120 different servers, that run at different countries. It's actually 13 because of technical limitations. The actual locations of servers are given below. The root servers are usually located near the internet backbone so as to prevent DDOS attcks from bringing it down. 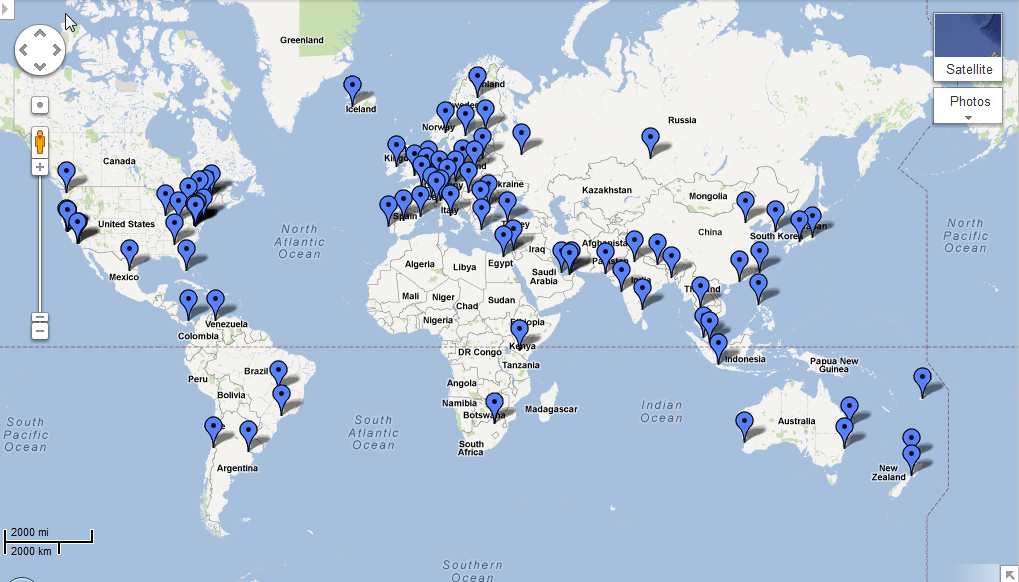 These are the secondary servers maintained by Governments, ISP's, and private companies like Google, OpenDNS. These servers get stuff from the Root Servers and cache them and they feed it to us the users. These are faster than the root server because results are cached from the Root Servers.

When a new Domain name is registered

When a new Domain name is registered through a Domain Name Registrar like Namecheap, namecheap sends a request to ICANN, ICANN charges a registration fee based on the TLD and directs the TLD server to add a new entry.

Each TLD has it's own server, for example, .com is managed by Verisign(it also manages .net). So the new domain name is added to Verisign servers and then cached by secondary DNS servers, this causes the small delay. Verisign also charges some money. You will see that the cost of registering a domain name differs based on the TLD, this is because they are held by different companies.

Because of the diverse nature of the system, all the servers cannot fail at the same time.

Not the answer you're looking for? Browse other questions tagged networking internet dns domain-name or ask your own question.

16
How do DNS servers work?
6
How does my browser locate the nearest DNS root servers?
1
Querying DNS servers address in ipconfig
4
Can ISP DNS servers go down?
0
Do 2 different domains come from the same origin if their Name Servers are the same?
0
DNS query and Root Servers
5
Windows 10, disable auto-configuring DNS servers via IPv6 connection
0
Structure of dns packets between DNS resolvers to DNS authoritative servers
0
Who tell DNS servers what IP corresponds to a new web address?