Lately my laptop (HP g42 247sb) screen is damaged, so I hook it up with an external monitor (LG something) and it works fine now.

So, is there anyway I can force output during BIOS/BOOT/POST to my external monitor?

Things I have done and didn't work:

Please try to close the lid right after you press the start button. This works on my HP 6730b here, i can see the BIOS then.

A closed lid should force the output to the external monitor.

Most laptops detect a closed lid with a magnet and a sensor. There is a small magnet probably somewhere on the top edge of the screen, and a sensor in the area of the body of the laptop that it would be near when closed. You can use a small refrigerator magnet placed on the sensor to trick the laptop into thinking it's always closed, while still having access to keyboard and buttons.

You can find the location of the magnet by either taking off the plastic cover on your screen, looking for disassembled pics online, or just moving a magnet over the outer edge where it likely is.

I expect this also works for the output before POST has completed. 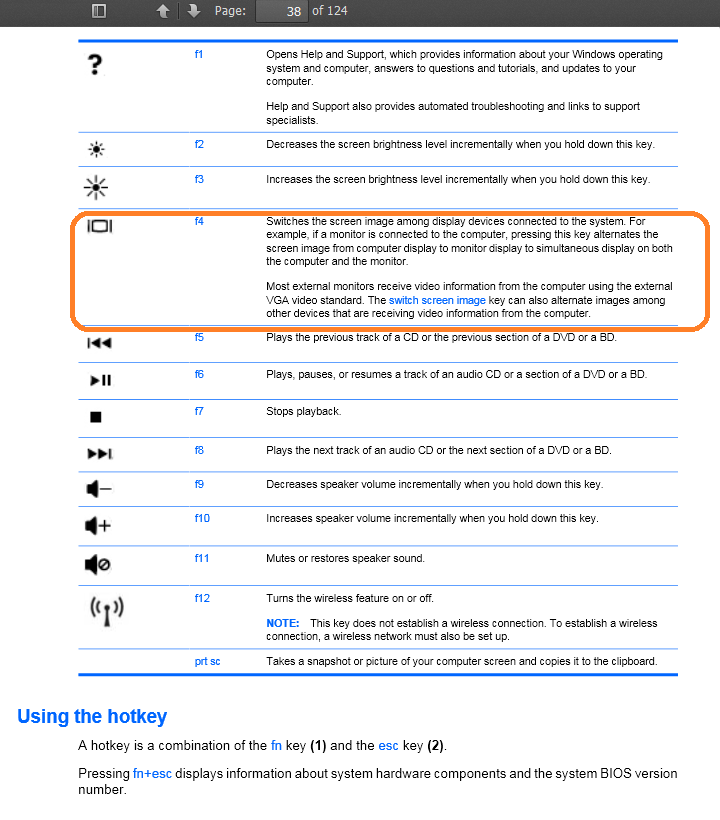 I had the same problem. I took the bezel off my screen and disconnected the laptops monitor. This forces the computer to use the external monitor and shows the bios menus.

You say you're having problems trying to get the "boot with lid closed" method working; I just want to make sure you're actually trying to boot with the lid closed, and not pressing the power button/quickly closing the lid.

If you are able to boot into Windows 10 and log in on the second screen, try the following:

You should see the boot screen on the second monitor and you should be able to use the external keyboard to get into the BIOS.

I had a this problem with a 2011 ASUS A53SV laptop which has a broken screen. The laptop was being used like a desktop with an external monitor. It had an old hard drive, and I wanted to upgrade it to an SSD.

Things that did NOT work initially:

Might be forgetting some, but basically, the laptop absolutely did not want to show the BIOS on the external screen until the last option in this comment, resetting the "CR2032" battery, was done.

After taking the battery out and putting it back in, I followed this by doing the following: got Ubuntu on a DVD and took the hard drive out so only Ubuntu would boot from the DVD drive (afterwards I found out that the BIOS didn't allow booting from USB), then tried pressing F8 to switch display in an HDMI and then DVI connection. Only the DVI-to- monitor connection worked for this laptop, but it was relieving to see the BIOS on the screen for the first time after spamming F2. It may be notable that the laptop motherboard was connected to the broken screen via display cable when this occurred.

With access to the BIOS, I changed the boot priority to DVD reader first.

Finally, I cloned the OS, Windows 7, from the old hard drive onto the new SSD and put in the new SSD. After putting in the SSD, W7 was bootable right from the start, and I was able to reinstall W7 via DVD.

I think the most important part was resetting the CMOS battery and using Ubuntu and DVI cable for this problem with my specific laptop. Hope this helps others with laptops that have broken screens.

edit: I'm not a hardware repair expert and am not sure what exactly helped the BIOS appear in the end, but I'll try to distill out what I think are the important parts

These were the most important, I think. If there are any specific suggestions for clarifications I'm open to them.

Not the answer you're looking for? Browse other questions tagged laptop display bios external-display or ask your own question.