How to use my computer as a Headset device for my phone with Bluetooth?

I want to extract the audio from my phone (the analog TV and FM/AM receiver mainly) and play it through my computer speakers. There is a headphone jack but it is of non-standard size (probably a micro-jack) and I do not have access to a shop that sells that kind of equipment in my area so doing this with Bluetooth is the only solution I can foresee.

Both my laptop and my phone support A2DP but for some reason the service (from the phone) does not show up while I add a new connection and the phone does not let me initiate a connection with any other profile except FTP (although it detects other services in the service list like A2DP and works perfectly fine with other profiles like DUN, HID, OPP, SSP if the connection is started through the computer).

I am currently using the latest version of the Toshiba stack, I have tried using WIDCOMM but it refuses to install drivers for both the internal Bluetooth (which is a Broadcom device) and the USB Bluetooth that I use on my desktop. The standard Microsoft stack (generic driver) does install but it does not work with both of my devices as they do not detect any Bluetooth devices when scanning. With BlueSoleil (the default stack that came with the USB Bluetooth) I could set my device as "headset" instead of only "laptop/desktop", and this allowed both my phones to detect my laptop as a device they can use as a headset, but the problem with this stack was that only the older phone could actually connect to my laptop and that the internal Bluetooth could not be used.

Basically, I want to set the device type as a "headset" for my phone using the Toshiba stack like I did with BlueSoleil. Is there any way this could be done? 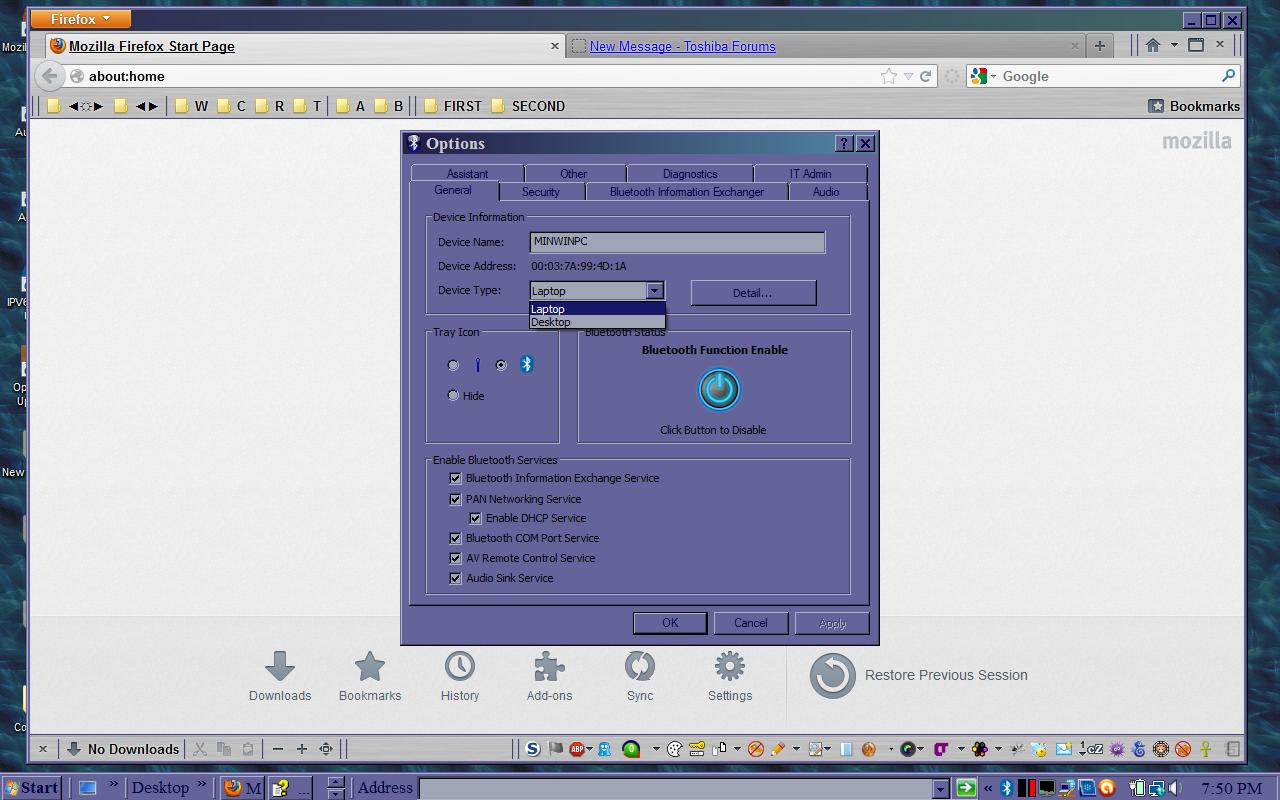 It looks like you'll need windows media player to connect to the device to handle the audio.

Not the answer you're looking for? Browse other questions tagged windows bluetooth toshiba-stack or ask your own question.

1
Broadcomm WIDCOMM A2DP Quality Adjustment
3
Connect bluetooth headphones both to PC and phone at the same time
0
How Do I Disable "Bluetooth Headset and Handsfree Profiles" on Sony Vaio? So I Can Use Multiconnection Mode for LG HBS-700
13
Can I use my Linux-PC/Laptop as a Bluetooth headset for my mobile phone?
0
Best practice to deal with different Bluetooth Stacks on Windows?
4
Is it possible to pair a keyboard without entering a passcode?