I have an external HDD which I would like to "safely remove". Unfortunately, my system (Windows 7 x64) complains that "the device is currently in use".

Using Process Explorer I discovered which process is holding a handle on the device:

Obviously, System is not a process that I can just kill and be done with it. I've done a bit of research and this seems to be a common problem, but no solution has been found so far (except for rebooting the machine, which I'd like to avoid if possible).

Is there any solution to this problem that I've missed?

I've always had this problem with one of my Toshiba external drives. I value that drive really high because of its built-in shock detector, what is currently very hard to find. But the cannot-remove-it-safely issue was driving me crazy.

Today, I've hit this question/thread on social-technet MS site. While there's a lot of noise down there, they point out a few common issues. Like the Distributed-Tracking service. It's actually hard to read through it all due to some cohones-size-flame-war that escalated at some point, but reading the topic from its end helps;)

I've got any Distributed-Tracking/Windows-Search/etc services off and was still unable to safely-unplug the drive. Someone somewhere suggested that "quick removal" is the culprit, but almost all my USB drives run on it and I still can remove them safely.

However, I actually tried switching this drive to "high performance mode" and .. it caused the TxfLogContainerXXXX handles to evaporate. So, it's true that this is the quick-removal option. However, this did not released my drive yet. Still couldn't eject it.

Then I have went to ComputerManagement->DriveManagement utility and I have removed any drive-letter assignements for that drive. Instantly afterwards, I was able to eject the drive.

Then I tried connecting it again, reassigning the drive letter, switching it to quick-removal and it seems to work properly and still be ejectable.

On the so-long topic on MS site, they also mention these actions. Someone suggested to:

I think that the "turn the drive offline" via "computer management -> drive management" might actually be the quickest solution, however I have not tried it since my random attempts helped before I've read about that.

I had the same problem and found indeed that turning the drive offline is the fastest option as @quetzalcoatl already said.

Still a small caveat: after you turned the drive to offline, you should flip it back to online else next time you attach the drive it won't start and be recognized by the system.

Below is a very small script to automate the process, inspired by this:
https://groups.google.com/forum/#!topic/alt.msdos.batch.nt/dRhFTCtLJ3A

Remember to run the batch file as administrator, and to press a key after you selected the disk number.

For me, the issue was caused by having file-content indexing turned on on the drive (which is on by default)

After disabling contents indexing, I was able to eject the drive.

Five years later, I actually fixed this issue by resorting to a commercial tool: USB Safely Remove, which can "force stop" a device suffering from this issue. (Before that, I used the "take offline" workaround mentioned in quetzalcoatl's answer.)

Note: I am not affiliated with the creators of the software, I just mention them because their tool fixed the problem for me.

If your disk is set for quick removal (in drive policies) you should be able to safely unplug it without using the "safely remove" option.

I had the same error as Heinzi, but when I tried to solve it by changing the mode to "better performance", I noticed what the default option actually does :)

It sounds dangerous but perhaps without caching there really should be no worries?

BTW, my drive is a WD-500 and in drive management there is no option to turn drive offline.

Setting Removal policy to better performance from devmgmt.msc did not help for my 1TB Seagate Expansion Portable Drive. Only when i used services.msc to turn off "Crypkey License" it worked immediately.

Tried all of the other answers suggestions like changing/removing the drive letter, turning it offline, but those methods did not work.

I'd rather not play with toggling it's behavior and keep it set to quick removal.

USB Safely Remove did help, but maybe not directly when quickly clicking the drive in the main listing. When it showed me more than LockHunter would besides the *Metadata files in the root of the drive, there was also MsMpEng.exe operating on it. Forcing the stop of the files used by that process seemed to help me remove it.

For other drives or situations, I finally found Open Hardware Monitor seemed to have a lock on it, even when I haven't found other specific proof for that yet. I'd rather not close the program as I have to set my fan speed every time though.

I had a very similar situation, and for me there are 2 questions and thus 2 answers:

According to ms docs on Safely Remove...:

My takeaway from this (and this worked for me), was that the "Remove device" button under Settings is more powerful than the "Safely Remove Hardware" icon in the taskbar.

Also, as other's have mentioned, the removal policy setting on the drive is relevant:

In earlier versions of Windows, the default policy was Better performance.

You can change the policy setting for each external device, and the policy that you set remains in effect if you disconnect the device and then connect it again to the same computer port.

What I get from the above, is that if I use "Quick removal", I don't need to worry about using "Safely Remove...". I guess I still shouldn't unplug while in the middle of something...

What worked for me was a combination of the several answers:

Now you can eject your device.

But be careful because the next time you will plug itin, it will still be set as Offline so you will need to set it as Online. The best is probably to do it right away: just after you eject your drive, replug it, set it as Online.

Why these two steps? Probably because unchecking the indexing doesn't force the current indexing to stop. But this can be done by setting the device as Offline.

● If the next time you still can't remove your Device, open Process Explorer (or process Hacker), open the Handles, search for your device letter (ex: H:) and MsMpEng.exe` and select close. 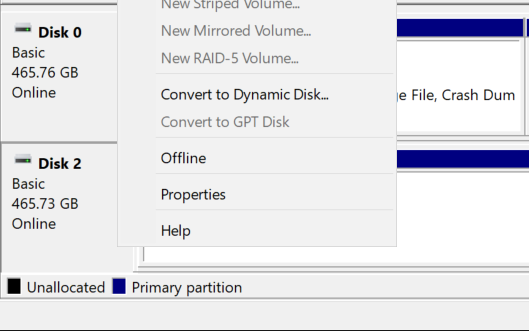 Yes this is such an annoying issue - that persists to date.
What needs to be done is to free that handle on the external drive using a tool like Sysinternal's Process Explorer.

Now you should be able to eject the drive.

(If there are other handles created by an active scan from Windows Defender - exclude the root of the drive by adding it the Windows Defender exclusion list:
Virus & threat protection settings > Exclusions

I plugged in the USB flash drive before booting into windows 7 and I couldn't un-mout it (safely remove). After stopping the "Windows Search" service I could safely remove the drive. I only had the problem if the flash drive was connected to the computer before the Windows startup.

dsafasdsafas
1
1
Add a comment  |
Highly active question. Earn 10 reputation (not counting the association bonus) in order to answer this question. The reputation requirement helps protect this question from spam and non-answer activity.

Not the answer you're looking for? Browse other questions tagged windows-7 safely-remove-hardware or ask your own question.

0
Can't eject drive - any idea what the following processes are?

5
How do I specify the playback device for Winamp or default device in Windows 7?
2
Is it possible to avoid any periodic HDD-writes on a Windows 7 System?
1
Find out what programs are heavily using the network
1
Laptop keeps restarting after start installation windows 7