Is it possible to install Windows 8 without Internet Explorer?

Is it possible to install Windows 8 without including Internet Explorer at all?

If that is not possible, is it possible to remove Internet Explorer after install?

Would the answer change for Modern UI and Desktop versions of IE?

What features will I miss out on if I do this?

You can't uninstall it completely. But if you don't like it, then you can turn it off and it will not appear.

For this you have to go through Control Panel > Programs and Features > Turn Windows Features on or off or you can type in the Windows Explorer address bar command below and the same dialog will appear:

Now find the checkbox for Internet Explorer 10, uncheck it and reboot your machine.

Note: This is not a complete uninstall of Internet Explorer (some Windows features may suffer as a result) you are just using Microsoft's way of 'Turning it off'.

In response to the OP edit:

You will not be able to run the Modern UI Internet Explorer, as you can't run the desktop version. Nothing other than that will be affected, as far as I know.

After Googling, I found something more interesting, you have to run an Elevated Command Prompt and type:

A popup will appear showing the commands you can use to uninstall any packages (including IE). 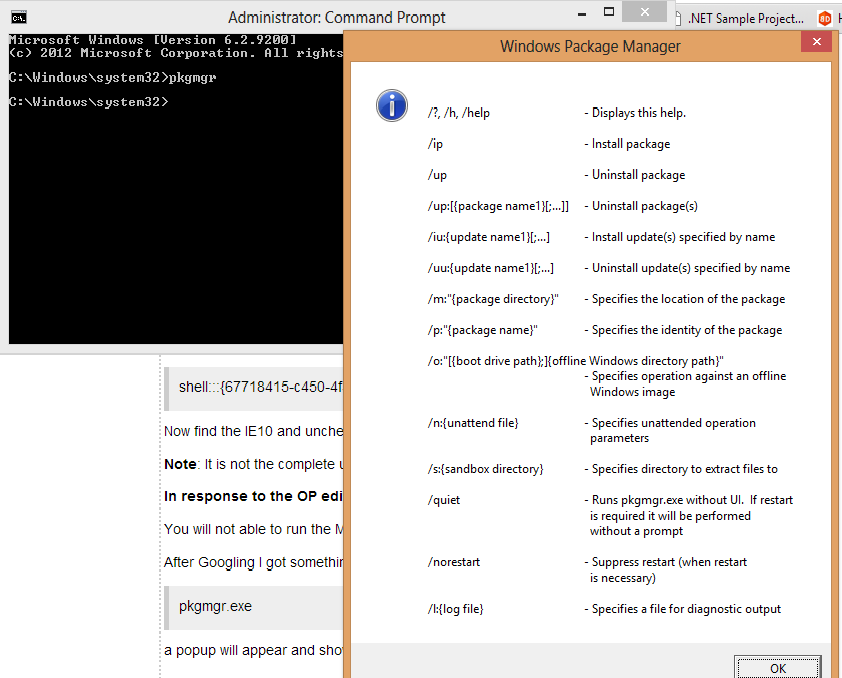 You can remove it after installing Windows 8, you can't prevent the installation of IE AFAIK.

Both the Modern UI and Desktop versions of IE will be removed. 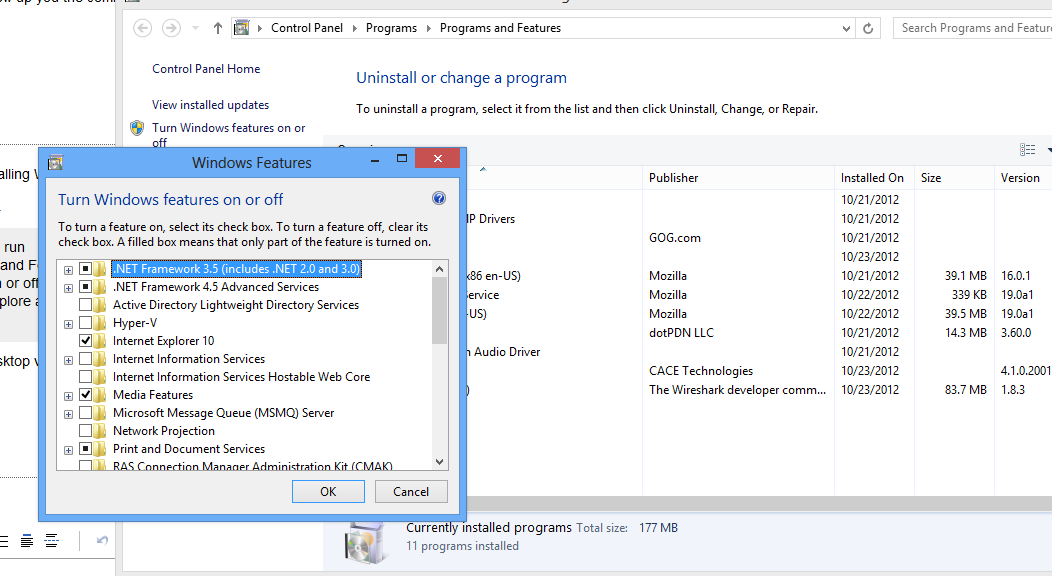 Not the answer you're looking for? Browse other questions tagged internet-explorer windows-8 or ask your own question.