How to boot to Windows 7 from Windows 8 boot menu without a restart?

I have a dual-boot system with Windows 7 and Windows 8. When I start the machine it takes me to the new Windows 8 boot menu with the blue background. Basically it looks like this: 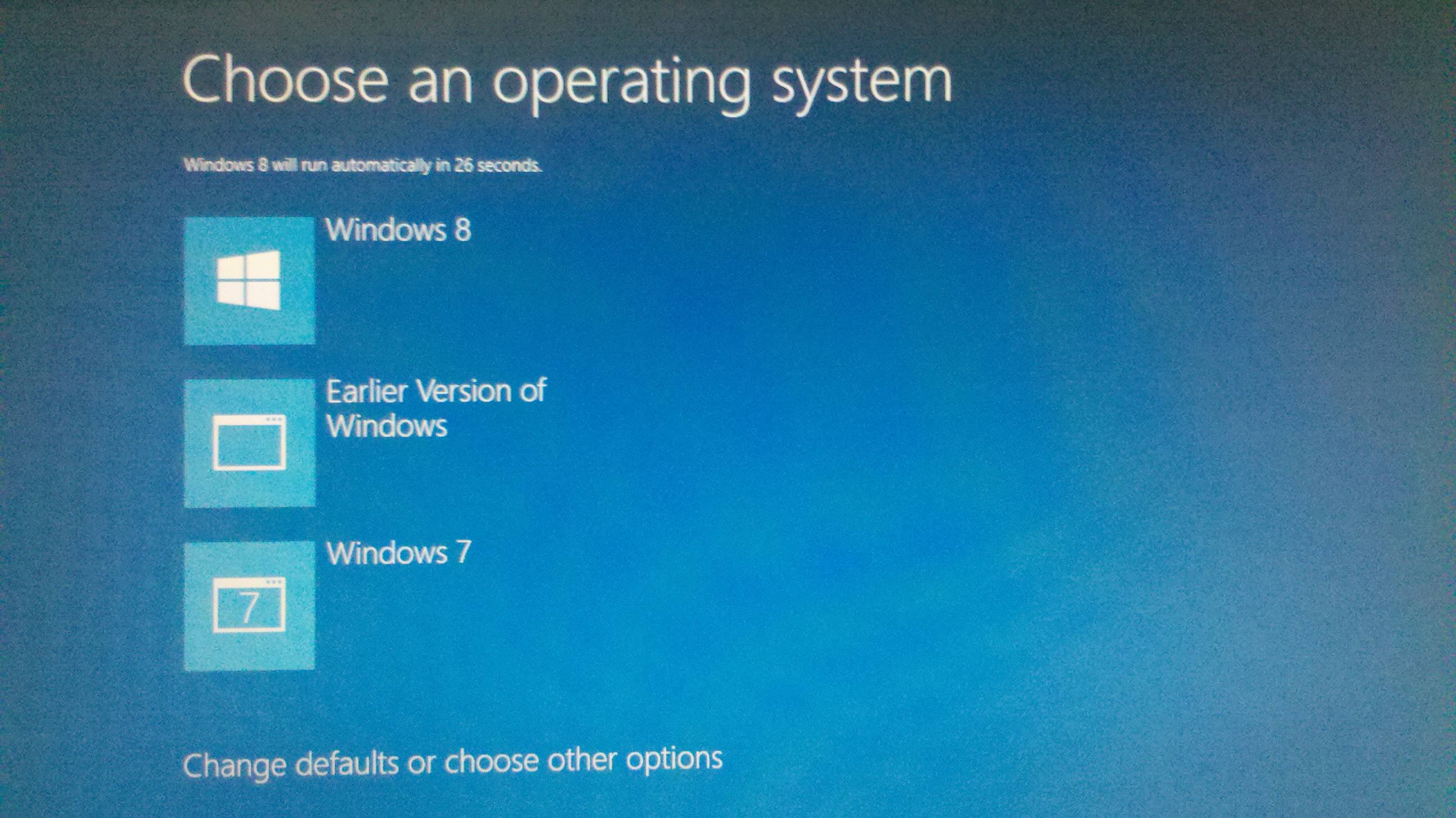 If I select Windows 7 from that menu, the system will restart (the Acer logo is displayed again), and only then will it continue to boot to Windows 7.

I find this rather annoying (and time consuming too). Is there a way to boot to Windows 7 directly from the boot menu without restarting the computer?

I ran into this a while ago. Basically, the Windows 8 boot loader chains the Windows 7 boot loader after you select it. But because of how Windows 8 handles booting (by loading the OS before showing the menu), it means the computer has to reboot.

The solution is basically to have the Windows 7 bootloader chain to the Windows 8 boot loader, so it only loads it after selecting Windows 8.

Go into Windows 7 and use bcdedit.exe to change your boot loader settings. Or, if you prefer, use a GUI control panel like EasyBCD (my preferred method). This is how I did it.

In here, you can select your default entries and configure your boot loader. Since it's been several months since I've done this, I can't remember the specific steps. However, if you know how to dual-boot, I'm presuming you can figure it out. :) If someone else knows the steps off-hand, or if you figure it out, please edit the steps in here.

There's no need to install any Linux distributions or any other third-party bootloader.

There are two simple solutions for this issue:

1) Open the Run prompt and enter msconfig, to launch the System Configuration Dialog. In the Boot tab, choose your default OS. 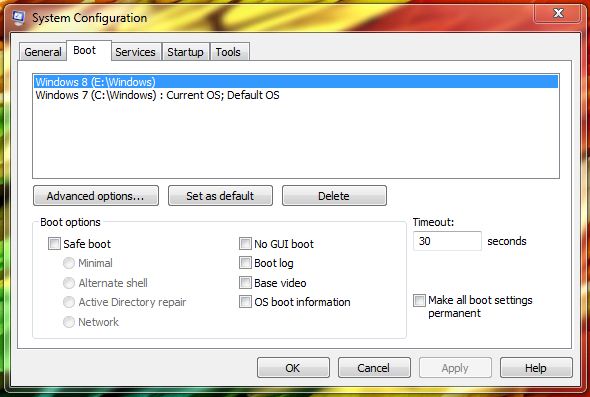 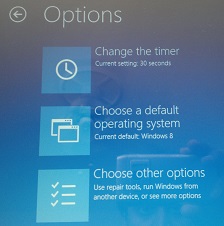 Get a Linux install CD for a small distribution like Puppy Linux (less than 100 MB). Don't worry, you never need to actually use Linux if you don't want to, but we do want a minimal installation.

Why? Here's the thing: 99% of all Windows installations are done at the factory, and the Windows OS on the computer will never see any competition. There's just not that much demand or need for Microsoft to put a lot of work into its boot loader. Linux, on the other hand, has historically had to play second fiddle. It's much more likely that a Linux system will have to share a computer with another OS, and it's much more likely to be installed second (which means its boot loader is the one left standing). The result is that the Linux folks have put many times more work into their boot loaders than Microsoft, and it's a much better experience.

So, again, my recommendation is to download a very small Linux distribution (preferably one with GRUB), carve out just enough space on your hard drive to hold it (<1/2 GB should do for really small ones), and install it last, so that its bootloader can detect and show your operating systems in the menu.

This will accomplish your objective. You will see a boot menu that allows you to select an operating system, and no matter which operating system you choose your computer will not need to restart.

I like the old style without a GUI at startup, so whatever Windows version I choose, it will not need to restart again. So, like the tutorial elsewhere open msconfig in Windows 8 and then choose the default OS we want. Don't forget to check the checkbox "No GUI Boot".

Not the answer you're looking for? Browse other questions tagged windows-7 windows-8 multi-boot or ask your own question.

0
Can the Windows 7 Bootloader detect Windows 8?