it's my first post here, don't wanna make it long, but I got a problem with my 'Windows Update' it won't show its setting's options. It only shows these settings: Important Updates, Recommended Updates and Who can install updates, it removed the other setting sections like 'Microsoft Updates' "Give me updates for Microsoft products and check for new optional Microsoft software when I update windows" or the last settings section 'Software notification' "Show me detailed notifications when new Microsoft software is available"

Here's a screenshot of my Windows Update: 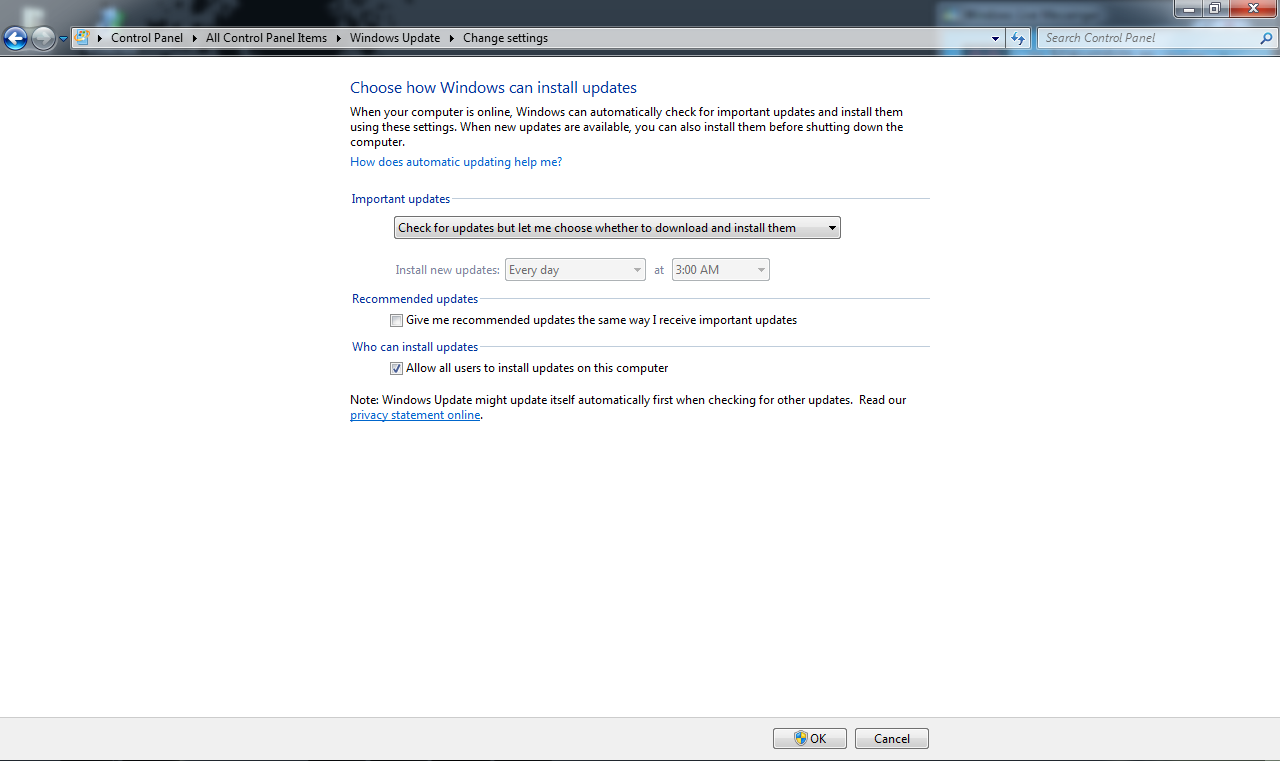 And here's how it was before and how should be: 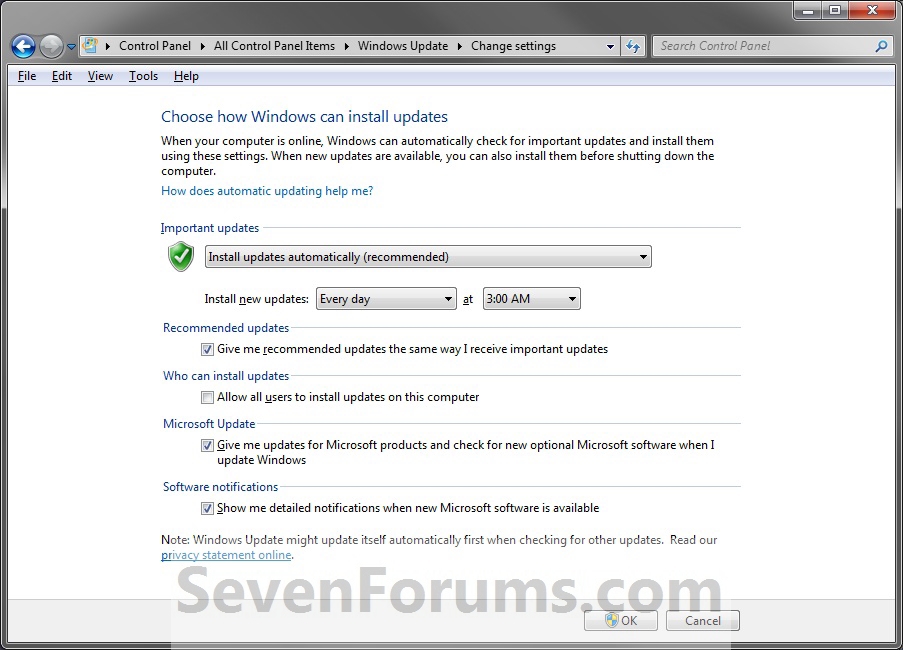 The seems very similar to the behavior that Microsoft introduced to their Windows Update website a few years ago when they rolled out Windows Genuine Advantage. They decided to allow non-genuine copies of Windows (read “pirated copies”) to receive important and critical updates so that those systems that exist anyway would be patched and help reduce problems on the Internet as a whole. However they also made it so that non-genuine copies would be blocked from receiving optional and value-added updates (like drivers, games, media player, etc.) since they are not critical to preventing worms and DDoS from spreading.

You may have somehow triggered WGA to detect your system as either non-genuine, or not-verified. Run the Genuine Advantage tool to verify your system. You could also try to download something from Microsoft Downloads that requires verifying your system as genuine (you don’t actually have to download, just get past the genuine check). Also, make sure to use IE since it uses the Active-X component to check, whereas other browsers use a standalone app which may not toggle the flag in the system. (It seems like every other file requires verification, but now that I am actually looking for one… anyway, here’s and example).

That should set Microsoft Updates back to normal.

Have you checked group policy editor? Type gpedit.msc in the start menu. Then expand Computer configuration > Administrative templates > Windows components and click Windows update. In the right pane make sure all items are set to Not Configured.