Can the traditional remote desktop client be accessed in Windows RT?

As mentioned in another question, I've been unable to connect through the Remote Desktop metro app to some computers, in particular those requiring VPN access or load balancers.

I'm considering purchasing a Microsoft Surface RT, but given that the app store hasn't matured significantly yet and some niche software will likely never be ported to the Modern UI, I must have acess to remote systems somehow. Until Citrix fixes the receiver app for Windows 8, I'm stuck using remote desktop. Which doesn't work.

I've heard that Windows RT comes with some of the Microsoft desktop programs built in, like Microsoft Office and File Explorer. Is the "normal" Remote Desktop Connection program available in Windows RT, and if so, is it 100% compatible with previous versions? I've seen comments online saying that searching for mstsc on the search menu brings it up, but I'd like to see some sort of official source or screenshot verification.

The original remote desktop certainly works the same way it did before supporting remote apps and what not. 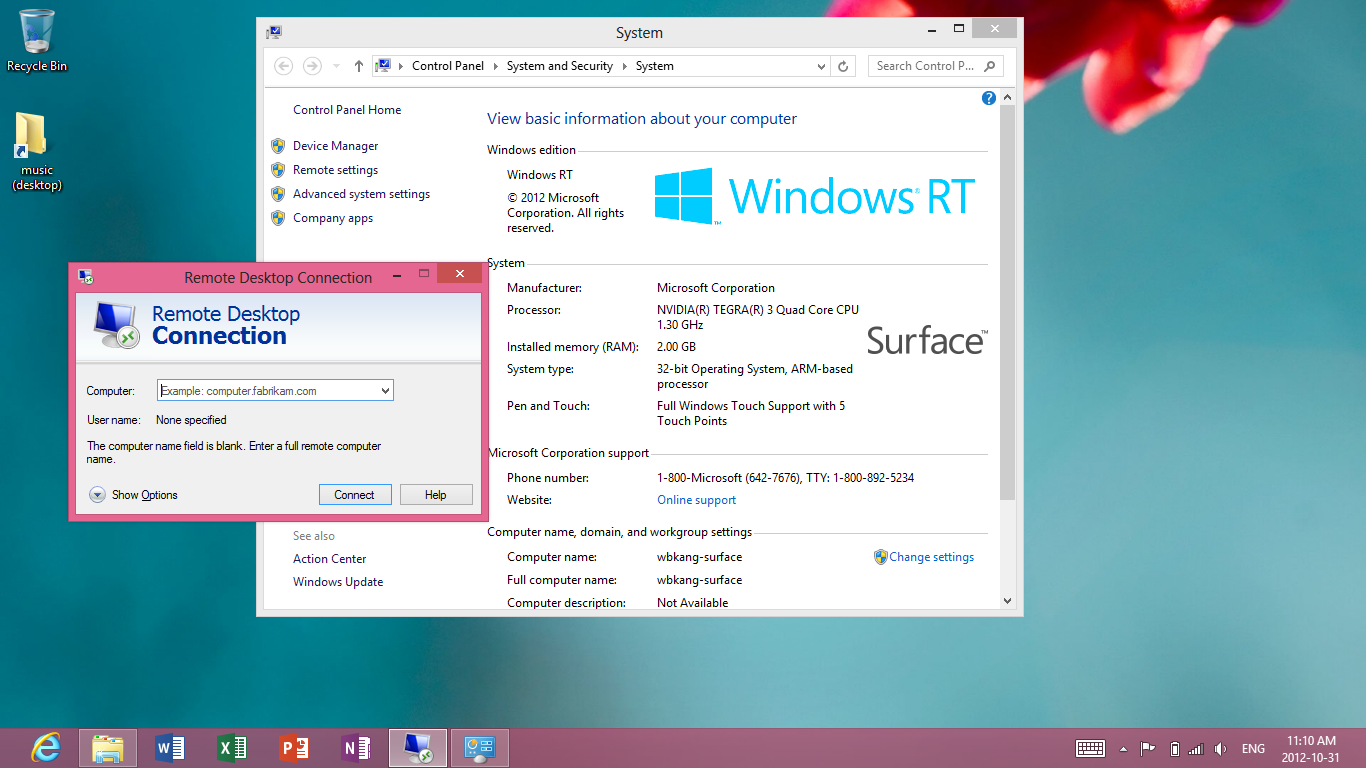 As mentioned/shown above, Surface RT does have 'traditional' RDP with full support similar to Win 7. RD Gateway support is also present.

To add to a comment about gaining access to shortcuts, there's a Power User hotkey - Win+X - that provides quick access to Command Prompt, Command Prompt (Administrator) and others.

I've found that the VPN for PPTP works as expected. I haven't tested other scenarios.

I found one other remote desktop app in the Store: Splashtop Remote Desktop. There is also TeamViewer, but that's probably not what you want. If you have Windows 8 installed you could give it a try with Splashtop. Although I have personally been able to use the Metro Remote Desktop app to connect through a VPN.