How many physical processors does Windows 8 Support?

This article gives this comparison chart for the four Windows 8 Editions (Core is usually just called Windows 8). I notice specifically, about half-way down, the max physical processors is listed as 1 for "Core" and 2 for all other.

In the second image i see physical processors listed as 8 in a Windows 8 Task Manager.

My question is, what is the limit then? Can anyone verify the article or the screenshot?

Was this a mock-up? Another Edition? (Server perhaps?) 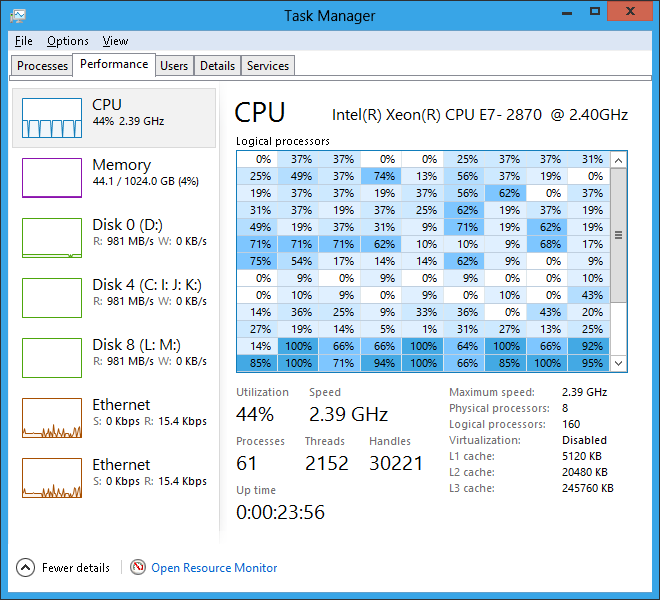 To clarify, i am looking for links to official microsoft.com articles detailing these specifications.

I have been unable to find any.

Since you're talking about the max. physical (not logical) processors supported, I can say that the numbers for Windows 8 Core (1) and Pro (2) are most likely correct. I'm sure this sort of limitation is for the client versions of Microsoft's OS only, and not the server versions.

As for official documents, other than the About.com page that mwong mentioned (with no sources listed, which Thurrott also omits), I have so far not found any technical documents regarding the limitation (all I could find were older ones related to Windows 7). What I did find however were legal documents that specify the number of physical processors the two versions are licensed to run on, so most likely the code enforces the legal limit as well.

What are these legal documents? They are the EULAs we all ignore while installing Windows. If you don't want to bother running Setup to confirm, you can download PDF copies here. 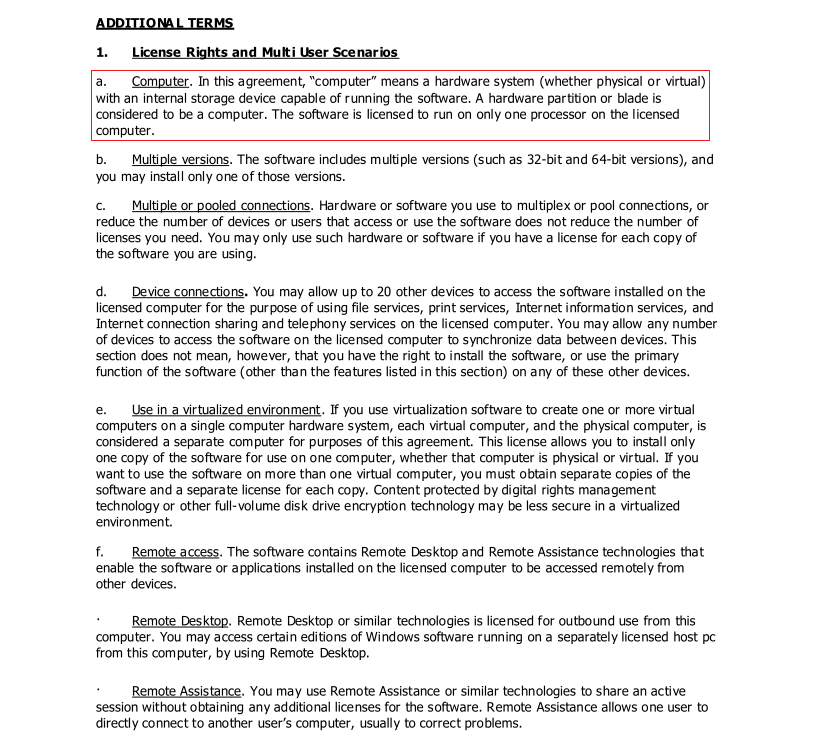 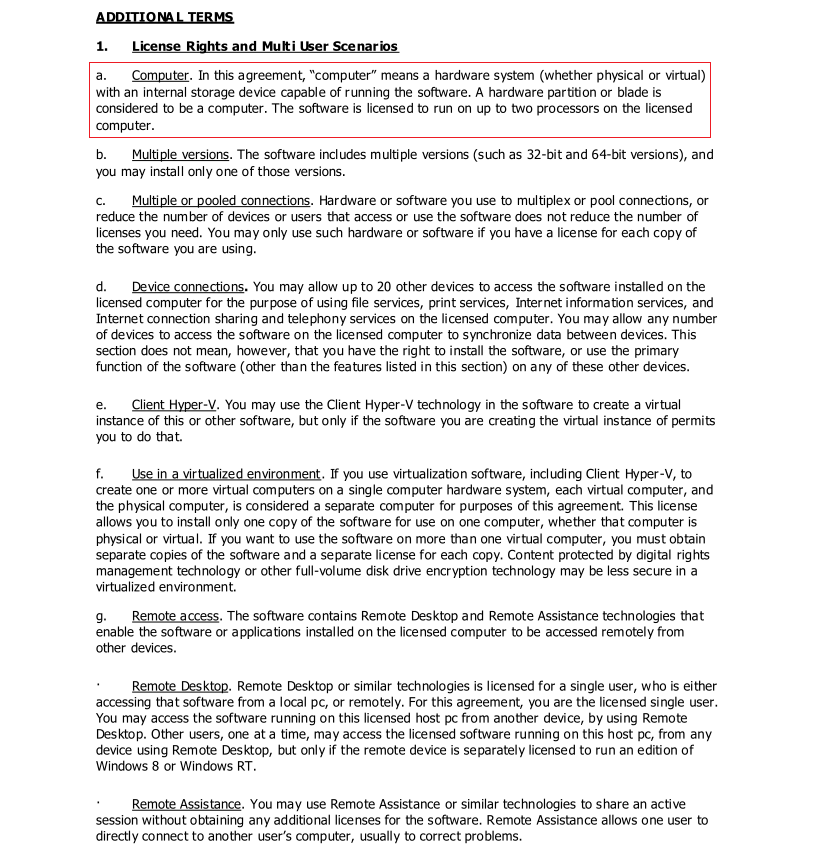 According to some quick research:

That screenshot came from a MSDN blog, from an early development build of Windows 8. I'm willing to bet that that version was not capped at two physical CPUs (note that this is an artificial cap to force purchase of Windows Server, and prevent use of home licences for hosting a commercial server), and that they just wanted to show off how many logical processors the Task Manager could handle gracefully.

I guess Windows Server would find this feature more useful; however I have never used it so I cannot be sure.

The figures in your chart look right to me. Home/PC versions of Windows have been capped at two as far as I can remember. There was a licence somewhere on the MS site that said one, but I guess that meant the non-Pro version.

It is my understanding that the Microsoft Licensing only extends to the physical processor package so, for example on Windows 8 Pro, you can use 2 number 8 core processors (such as the Intel Xeon E5-2680, S2011, Sandy Bridge, 8 Core in a dual processor motherboard) giving the user 16 real processors and still not be in breach of the licence.

0
How many physical processors does Windows 8.1 Support?
9
Running the same Windows both in KVM and physical
-1
Is it possible to play windows games on a quad socket?
2
What to do with extra prosessor with Windows 8.1 (non-professional)?

1
Vista Home mouse support in HyperV
2
Does Windows 7 Home Premium support Dual Core Processors?
26
How do I calculate clock speed in multi-core processors?
0
How many cores can windows 2003 support?
3
Terminology used for CPU/Processors
4
Licensing Windows Server 2012 in virtual machines on non Server 2012 host
6
Does Cygwin support hard links in Windows 8?
1
How many GPUs Does Windows 7 Support?
4
Google Chrome not taking advantage of all RAM on Windows 10