In Windows 8, when I right-click the taskbar and choose Properties, I see a new second tab called Jump lists instead of Start Menu:

What are these lists and where can I access them?

A jump list means those documents you have opened recently. When you right-click a pinned item in the taskbar, it will show up. That means when it is checked, Windows will remember which documents have been opened, so that they can be displayed. 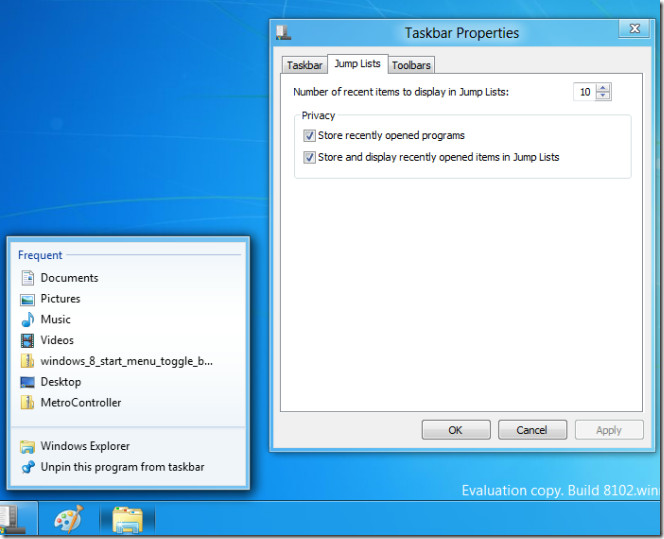 That is a Jump List. Accessed by right-clicking the application in the taskbar. 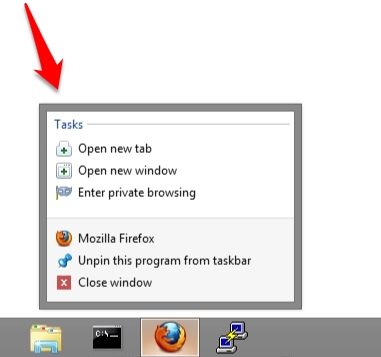 Jump lists are the menus that appear when you right-click a taskbar button (they could also be shown in the Windows 7 start menu, but that's gone in Windows 8): 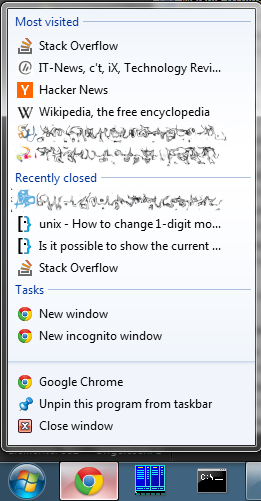 As you can see, they can contain various things, among them:

Not the answer you're looking for? Browse other questions tagged windows jumplist or ask your own question.