Why Is There a Black Bar on Top of Google Chrome?

I installed Google Chrome on Windows 8. When run from the Desktop, it runs as expected. However, when I run it from the Start screen, where all the apps are laid out in tile/mosaic format, there is a black bar at the top of the screen. When I click on it, the browser window shrinks to about 1/5 of its regular size, and I can drag it around horizontally (but not vertically). What is going on? 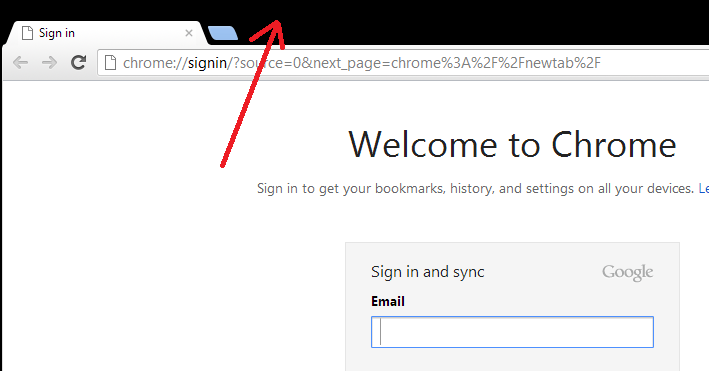 And when I click and drag the black bar... 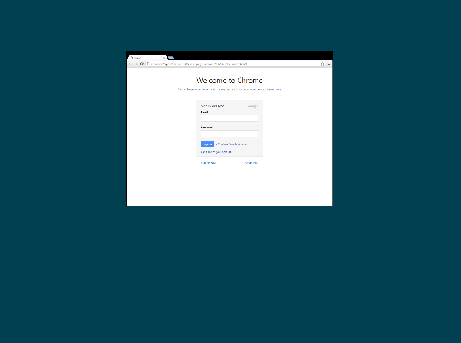 Windows 8 has certain guidelines for the Modern Apps - one such being the absence of the Title bar & the minimize/maximize/close buttons.

Windows 8 sets a default program for each service - For instance, one for the browser, one for opening PDF files, one for opening photos and one for watching videos. If you have set IE as your default browser, you would see Google Chrome opening in the same familiar way, irrespective of how you opened it (and you wouldn't see the black bar). However if you set Google Chrome as the default browser, opening from the Start Screen leads to Windows 8 recognizing it as a Modern UI App (since its the "default" program for browsing) and requires it to be opened in the Modern-UI mode - striping off its Title bar & making it look different (and hence the black bar). Opening it from Desktop poses no such restrictions and hence you see the familiar Google Chrome UI.

Seems to be part of "Microsoft Design Language" app to me. 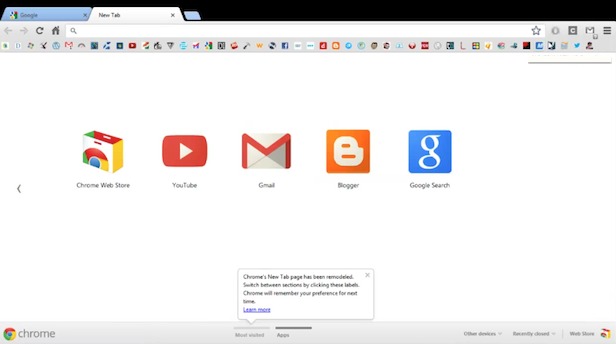 Not the answer you're looking for? Browse other questions tagged google-chrome windows-8 or ask your own question.

1
How do applications differ when they are run from the Start screen?

2
Customizing Chrome Tab Bar
2
Changing the Google Chrome “link preview” bar?
6
Update to Chrome 36, black screen, no address bar, can't uninstall
0
Google chrome opening to black screen Windows 8.1
1
Thin black bar appears on fullscreen Flash videos in Chrome
0
A bug of Google Chrome when dragging the bookmark to the bookmark bar?
11
Why is Google chrome on OSX resizing the app when autohidden apple menu bar is shown instead of overlapping it?
7
Why is Chrome on OSX resizing the window when the autohidden menu bar is shown/hovered instead of overlapping it?