How to change Language for non-Unicode programs in Windows 8

There has always been a "Language for non-Unicode programs" settings in the "Region and Language" settings in XP, Vista and 7.

I installed Windows 8 (had some unrelated problems, so I had to revert to Windows 7 though), and I tried installing a piece of software that was not made with Unicode, but Shift-JIS (Japanese). The installer obviously shows incorrect glyphs, and the installer is unusable.

So I tried changing the "Language for non-Unicode programs" setting, but I noticed that the entire language applet was rebuilt from scratch.

As I reverted to Windows 7, I can't tinker with it until I solve the other problems and can get to install 8 again. But in the meantime, does anybody know where can I change this setting? 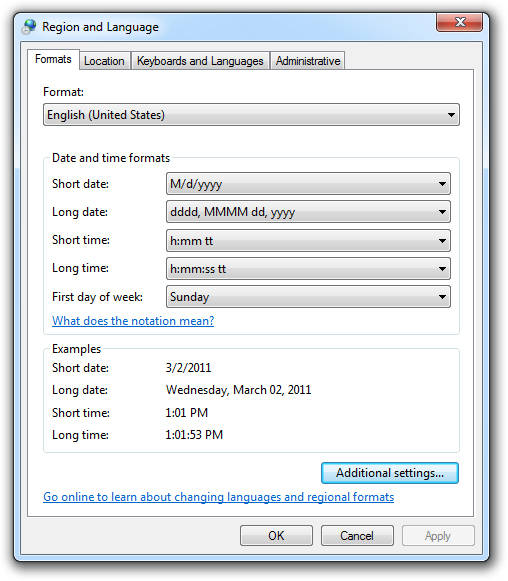 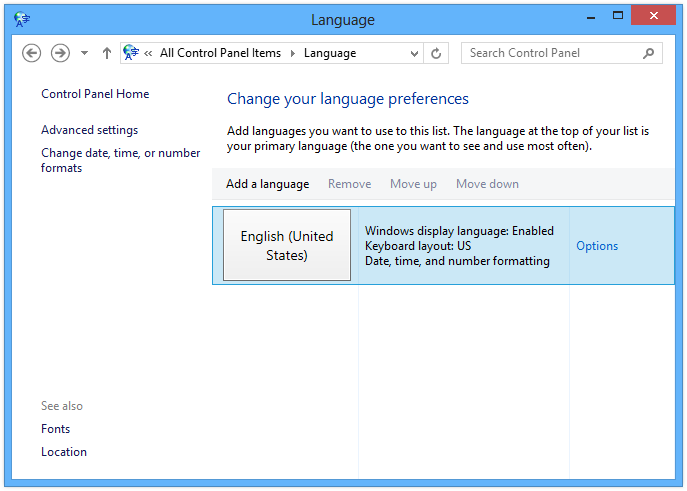 Also there are tools to change locale for a single application:

Not the answer you're looking for? Browse other questions tagged windows-8 unicode or ask your own question.

10
What exactly is the consequence of changing the “system locale” in Windows 8?
2
Unable to directly input unicode characters with diacritical marks into PuTTY on Windows 8
0
Russian text dosen't display inside EXE's
1
Paste non-ASCII characters into console of a Virtual Machine
1
Greek characters not showing properly on a legacy windows app