Why is my default browser setting being ignored?

I have Google Chrome set to be the default browser, but all hyperlinks are still opened in Internet Explorer 10.

What should I do to open all hyperlinks in Chrome by default?

It would not surprise me to find an entry in the registry that contradicts the default desktop program vs default metro, however there's no setting or place in the control panel to change this. Take a look at this question. The answer which received the bounty seems to indicate there is a registry entry somewhere that may or may not indicate an MUI app being set as default, however it may not have any effect on the behavior of hyperlinks.

Open up start and search for Default Programs: 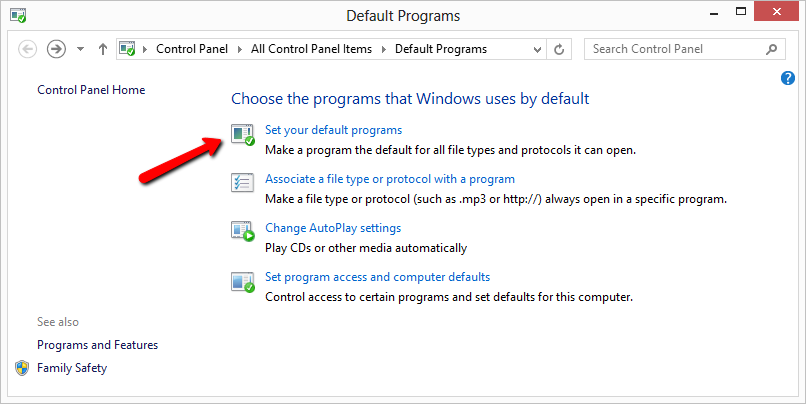 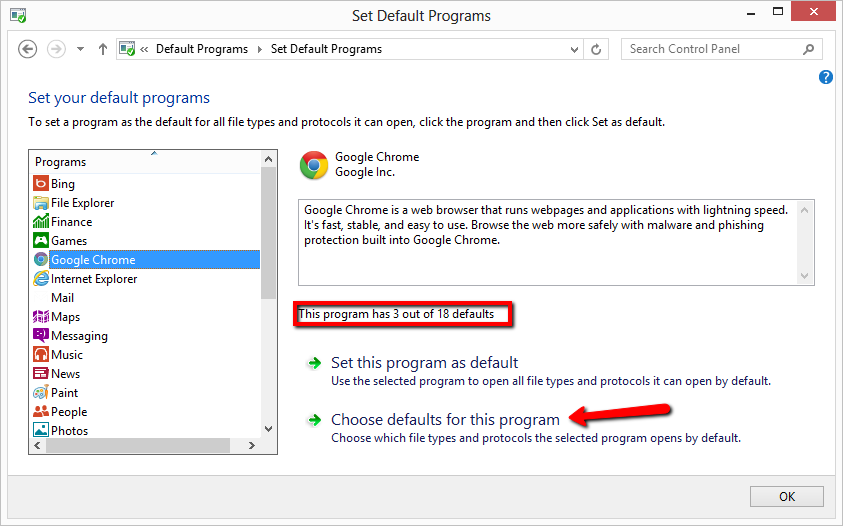 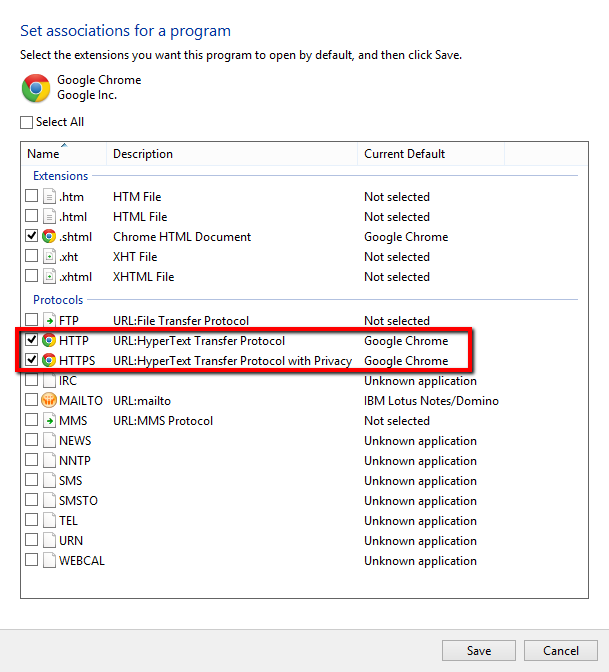 That could be happening because you only set the default browser for desktop or metro, not both - make sure that it's been set as default in each.
From google chrome help:

Windows 8 users: To launch Chrome as a Windows 8 app from your Start Screen, follow the steps above and set Chrome as your default browser. Learn more about Windows 8 apps

Some programs always force Internet Explorer to open links, there's nothing you can do about that.
If the steps above don't help, can you check if other programs open link with chrome (e.g. the default "mail" app)?

go to Preferences in Firefox>Security and select "Remember History". This had bugged the hell out of me until I changed this setting. Guaranteed.

I think this can help

Not the answer you're looking for? Browse other questions tagged google-chrome windows-8 internet-explorer-10 or ask your own question.

100
Is it possible to use the IE10 App without making Internet Explorer the default browser?