There are a lot of devices on the market right now (especially mobile devices) with a Micro-HDMI or Mini-HDMI port and no VGA or D-Sub output. Most manufacturers of said devices sell a cable that looks something like this: 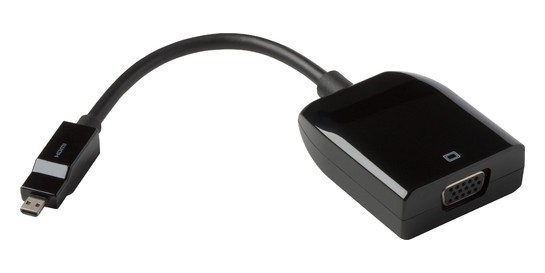 I have yet to find a cable like this that claims to work on a wide array of devices. In general, these cables claim to work with one specific device only.

The way these cables work, I think, is that analog VGA signals are sent from the HDMI port on the device. This should work for devices that have special hardware on the motherboard/GPU capable of driving this.

Is it the case that these cables have to be custom designed for each device? Or, is it rather that any device which possesses this special "signaling of analog VGA over the HDMI port" can be made to work with a cable that is physically compatible (i.e. the HDMI end plugs into the device and the VGA end accepts a VGA monitor cable)?

Note that I am not looking for a product recommendation, just a conceptual clarification on what exactly these devices are doing. Also, a few remarks:

The way these cables work, I think, is that analog VGA signals are sent from the HDMI port on the device. This should work for devices that have special hardware on the motherboard/GPU capable of driving this.

Your guess that "analog VGA signals are sent from the HDMI port" is not likely true. 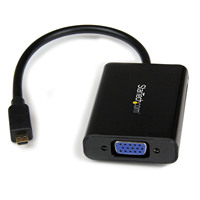 What you insist is just an adapter "cable" is more likely a HDMI-to-VGA converter with active electronics, even though you claim that they "are not digital to analog converters" with no supporting evidence.

If there is a dependency between a host device and a VGA converter, then that might be due to power requirements and video resolution(s).

Several vendors seem to offer "generic" converters. This one from Startech is one example. Not suggesting a specific product but saying there seems to be some adapters that will work for a number of devices. Startech offers a presales support chat and an 800 number so they may have a definitive answer.

The only potential problem I can think of that might prevent a cable like that from working on different devices is HDCP.
Obviously, if a cable like that is sold for a device without HDCP, I'd expect it not to work on a device that does have HDCP.

I have had some experience with MHL cables and, while each manufacturer claims that their specific cable will only work with their devices, it just always worked in other devices, as long as they are MHL enabled.
This should not be any different.

As there is no standard for the conversion between these two connectors, the pin configurations will vary between implementations. Thus, no cable can be guaranteed to work with any one device. In addition, plugging one of these into a digital-only display might fry something, as the signal is still analog. (And vice versa, if you're using it in the other direction.)

You can't convert between analog and digital signals with an electromechanical adapter such as this one. That's why you don't see DVI to component video, etc. adapters, except for highly specialized circumstances.

By the way, when analog video is transmitted through a DE-9, IIRC there are actually different implementations of the "VGA" video standard, which are not compatible with one another.

See, this is why we don't often use analog video anymore.

Not the answer you're looking for? Browse other questions tagged hdmi vga or ask your own question.

57
HDMI vs Component vs VGA vs DVI vs DisplayPort
1
HDMI to VGA convert
8
Will an HDMI to VGA connector work?
3
Laptop with 1 HDMI output to external monitor with VGA
3
Do HDMI to VGA cables actually work as advertised?