Cursor and selection invisible when focus is lost

When Excel window loses focus, the cursor becomes invisible. Also coloring of the respective column/row headers is back to default, so it's impossible to locate cursor and/or selection as soon as I switch to other window.

This annoys the hell out of me as it makes Excel almost unusable for most of tasks I need it for:

(I have never seen such behavior in other applications and can't even think of a justification for it.)

Is is possible to turn this behavior off, i.e. retain selection visibility when out of focus?

Edit: Contrary to what I thought when originally posted this, this is not a "new feature", it's rather a UI pragma that MS holds to in most their applications (at least since some point in time), although non-MS applications or some legacy MS applications do not always respect it.

One workaround is described in this post, which does not require usage of VBA/macros:

Copying content to the clipboard will put a dashed border around the highlighted cells, which will still remain when the Excel windows loses focus.

Highlight the concerned row by clicking the row number to the left of the row, then click Ctrl-C / Cmd-C.

That is a normal behavior for Windows. It is not specific to Excel. The same thing happens if you select text in Word, then change windows. It can not be turned off.

If you are willing to add macros to your workbook, there is a work-around to highlight the row you need, then remove it when you are done. The highlighted row will show when the window does not have focus.

Add these pieces of code in the VBA Explorer (Alt+F11) to ThisWorkbook and you can either call them from macros (Alt+F8) or add buttons for them.

Below is an index of colors you can change in the code. Currently set to Yellow. 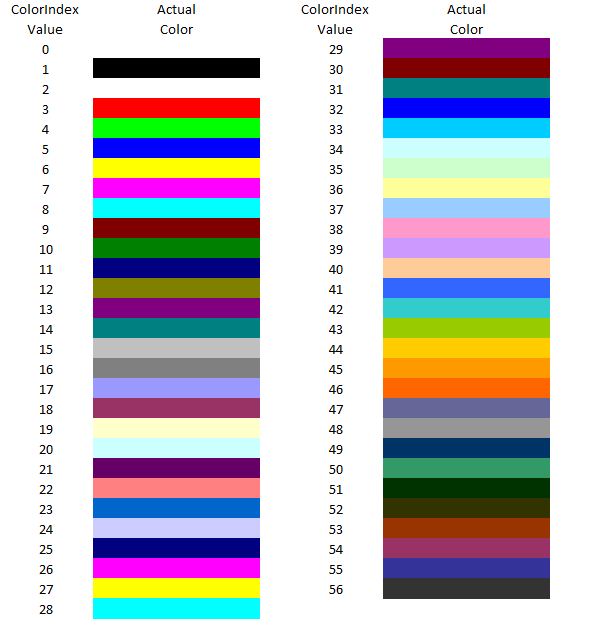 30
Show cell selection in Excel when not in focus
0
Is there a way to keep the selected row highlighted when the window loses the focus in Excel 2010?

6
How to tell Excel not to hide selection when it becomes inactive?
30
Show cell selection in Excel when not in focus
1
Focus last modified cell when opening Excel
3
"Cannot group that selection" error when creating pivot table
0
Multiple selection and graph export in Excel Online
0
Move cursor to specific cell when reading a specific barcode
3
How to turn on or off editing invisible cells when filtering?
0
I lost my "expand selection" option when sorting
0
MS Excel loses focus when hitting certain shortcuts
0
Excel Online showing cursor and text very small when typing in cell