How does limiting a laptop battery's full charge to less than 100% extend its battery life?

My laptop lets me limit how much of the battery will charge before reaching full charge: 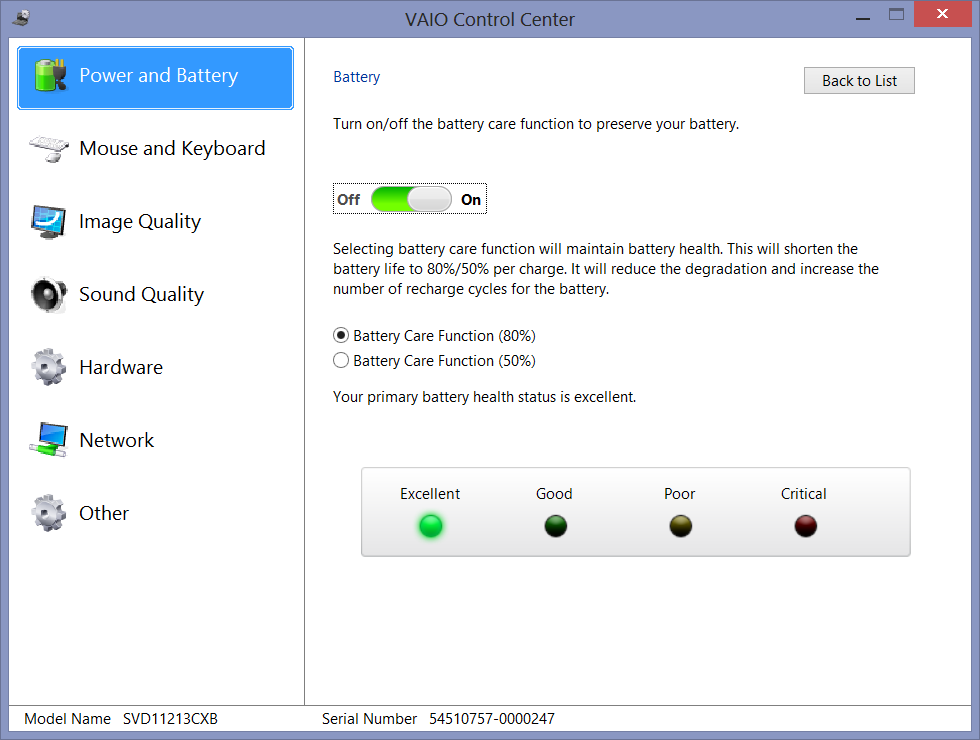 Furthermore, my laptop appears to be able to do this (as indicated in the screenshot below). Therefore, am I getting any benefit to having it turn charging off at 80% or 50% capacity, rather than letting it charge to 100%? 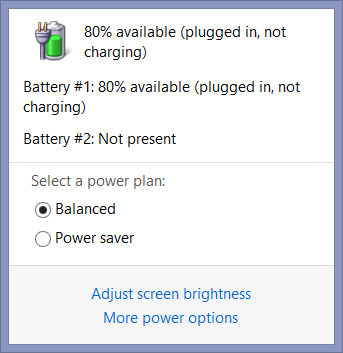 My thought is that perhaps those settings are more useful when the battery is already degraded. Let's say it can only hold 90% of its original charge. Would the laptop try charging it to 100% even when after 90% it cannot hold any more? Perhaps these limits are more useful, then, to drop the full charge limit so that overcharging doesn't happen and further degrade the battery even more quickly?

Or am I missing something, here?

None of the other answers to this question are hitting at the actual reason behind limiting battery charge.

First of all, battery charging electronics aren't dumb. They aren't going to pump energy into a battery that is fully charged or close to fully charged. Doing so would require that the extra energy be dumped as heat, because the battery not be able to store it, and is why overcharging a battery can lead to overheating and fires. In fact, Lithium-ion battery chemistry requires a lower amount of energy as the battery reaches its full capacity, precisely because it can't accept all of this extra energy at a very fast rate (without overheating.) You've probably seen that the last 90-99% of your laptop charge takes almost as long as the first 0-50%, and this is why.

The Lithium-ion/Lithium-polymer battery chemistry is also the reason why limiting battery charge is a good idea. Storing Lithium batteries close to being fully charged means they degrade more quickly, losing their capacity to store as much energy as when they started. If you've had an old laptop which was kept always plugged in, you've probably wondered why the battery became completely useless after a few years - this was the reason.

Why does this matter?

The 80% and 50% charge limits on Sony laptops are good defaults for trading off performance and long-term battery capacity. 80% allows you to use the laptop on battery with most of its capacity, while avoiding the really damaging 90-100% charged state. 50% is closer to the optimal amount of energy to store in the battery to extend its life, and is what you should use if you are just on AC power almost all of the time.

Also, see this graph for how using these functions will affect battery capacity over time.

Finally, extensive cycling of a Lithium-ion battery can also affect capacity over time. See this article for some discussion on trading off charge capacity and depth of discharge. It seems like if possible, the optimal way to use a battery in terms of lifespan would be to charge it to 3.92V (~60%) and draw it down 10-20%, and then recharge. Electric vehicles generally use their batteries in this way, albeit maybe with a slightly wider band.

When you charge a battery you obvisouly have to supply a higher voltage than the battery is currently delivering - so that power will flow into the battery!

Smart chargers only charge to 70-80% so that it never supplies more than the final battery output voltage.

I think this mechanism is more about the battery being at 100% and over time losing charge (not through use) so it goes down to 99%. Then the charger kicks in and brings it back up to 100%. The point is that filling it up this one percent wears it a lot compared to the juice you got into it (compared to a charging filling it from 30% for example). That is what this setting is supposed to avoid i believe. I saw the feature on some notebooks as well.

5
How can I limit battery charging on a Surface Pro (2) or Windows 8(.1)?
0
Is keeping a laptop connected to power supply harmful for its battery?
0
How can I command my Lenovo laptop to stop charging the battery at a maximum cap of my choice?
1
Samsung laptop, Stop charging at 80% and says Plugged in but not charging
0
Is it safe to leave a Li-ion battery for weeks unplugged while it's not fully discharged ? And is it safe to unplug it while the PC is on?