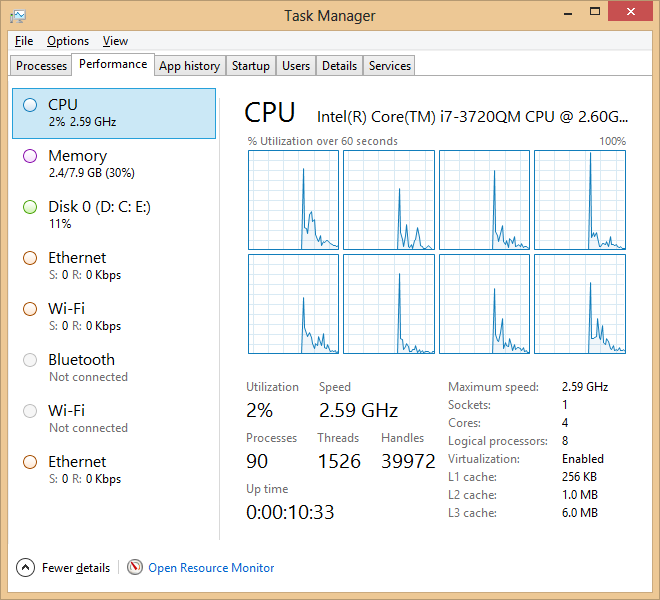 So, what is the reason for this? And is it harmful?

I noticed the same issue when Hyper-V was enabled. 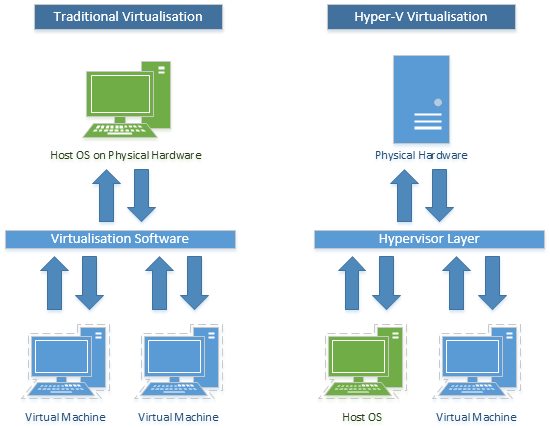 In this situation, the hypervisor reports to the OS the full speed of the processor and so it appears that dynamic multipliers (which is how the system reduces the CPU speed under low load) are not working however they are actually still active and being controlled by the hypervisor itself.

As such, there is nothing you need to do as the system is actually behaving as you want at the hardware level.

Task Manager will show the maximum capable speed, not necessarily the current one. 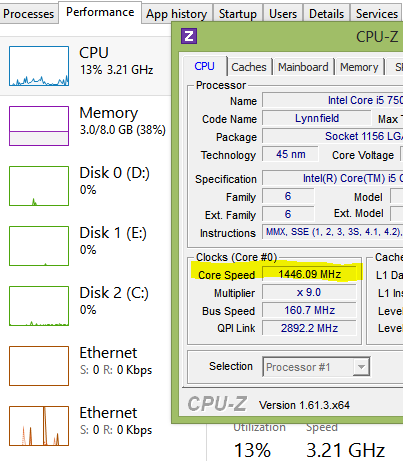 Try Creating a "no hypervisor" boot entry if you dont really care about hyper v running all the time http://blogs.msdn.com/b/virtual_pc_guy/archive/2008/04/14/creating-a-no-hypervisor-boot-entry.aspx

Not the answer you're looking for? Browse other questions tagged windows-8 cpu-speed or ask your own question.

1
does turning on virtualization and hyper-v affect cpu bus speed?
0
Why does Hyper-V affect in task manager?