How can I run Windows Defender while running a second anti-virus in Windows?

I want to run a Windows Defender scan while running an antivirus scan. In my case I am using Trend Micro OfficeScan Antivirus with Windows.

Currently Windows will close and disable Windows defender if I start up another antivirus.

The reason why I want to do this is because I get laptops that have been infested and its my job to clean them for viruses. Normally I just started up a Virus scan and a Windows Defender scan. An hour later they both would be done.

Windows Defender sometimes finds things that my Antivirus doesn't. Its a peace of mind issue, it looks good on the IT reports.

If you wish to run Windows Defender scan, you must disable you other installed antivirus for that moment. Once the scan from Windows defender has finished scanning, you can start up another antivirus and continue scanning with that. I think, it is a good initiative by Windows 8 to disable Windows defender, if it finds another antivirus, as in case of Windows 7, we have to manually take care of it, as keeping two antivirus software together on a machine is not advisable.

You don't want to do that, run one or the other. When you install a 3rd party antivirus it disables Windows Defender.

Instead of running two Anti viruses, I would suggest running an antimalware program real time at the same time as your anti virus. They work beautifully together and don't conflict with each other. Another layer of security is to make sure that you have a Firewall enabled.

Windows has one and some other companies do too. An anti virus program + antimalware + a Firewall should protect you from 99+% of the issues.

Windows 10 now has a feature where you can continue to use Windows defender when you have an anti-virus program installed. 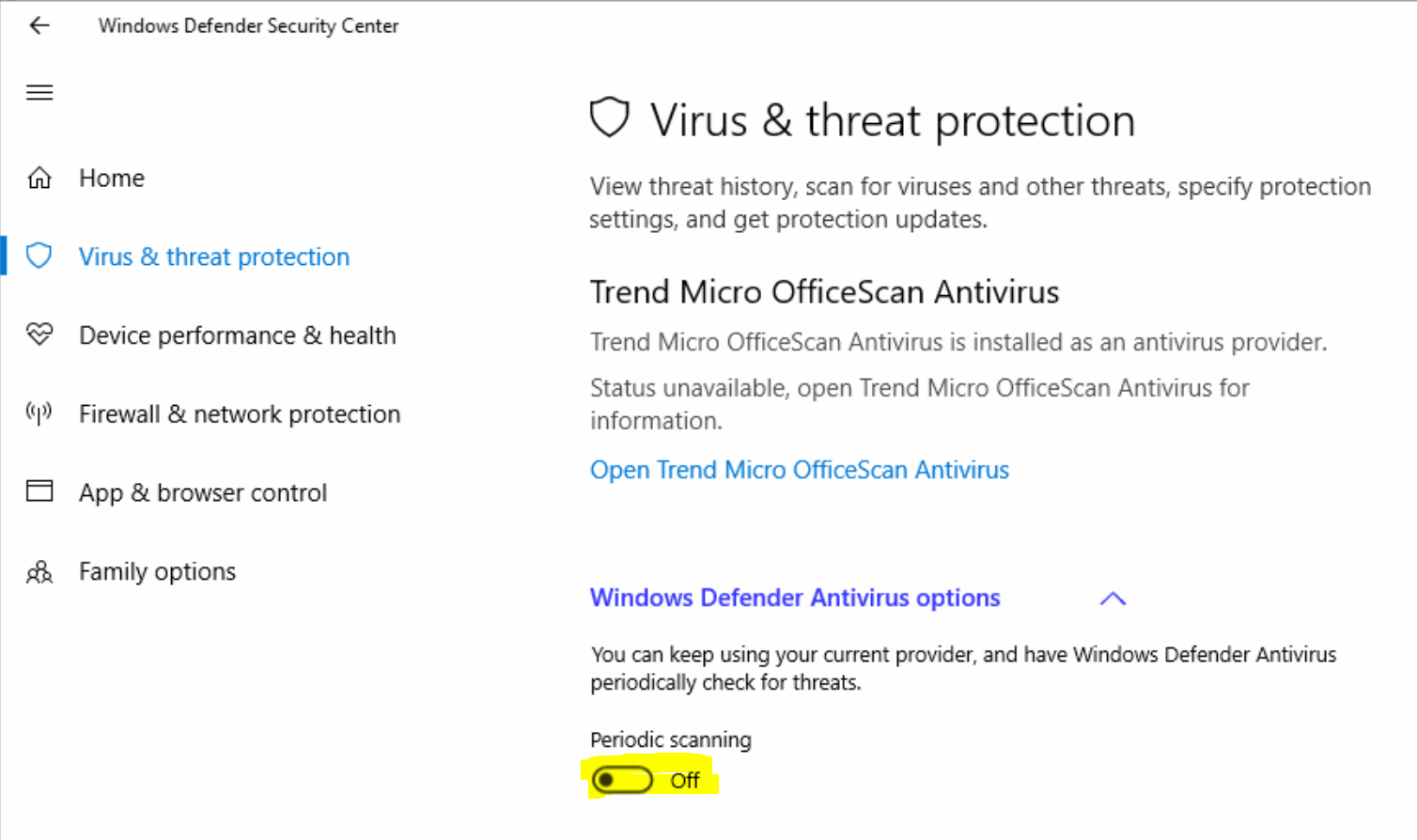 Not the answer you're looking for? Browse other questions tagged windows windows-8 anti-virus windows-defender or ask your own question.

1
Boot time virus scan from USB drive
6
What can I do about a virus that's affecting my relatives even though they're in different places?
0
How do I fix a strange browser issue in Windows 8, where only Chrome works?
0
How to monitor what triggers randomly starting program?
0
Can Microsoft Anti-Virus really be disabled in Windows 8.1?
1
Is my anti-malware setup consistent with "best practices"?
1
Windows Defender Advanced Threat Protection Service won't start and unable to change Startup Type from Manual