Fastest way to type in math formulas out of the box?

There is no restriction on platform in the answers, but a few things to keep in mind:

I love using the built-in Equation Editor in Word 2007. Alt + = brings up the editor, then you type this:

This will produce the following:

It doesn't get much easier than that.

There is also an entire paper (PDF) about using plaintext to type up formulas.

Even today, it's hard to beat (La)TeX's math notation. For comparison purposes, Nathan's Word 2007 example can be typeset using the code

to produce the output

From this example, the only noticable difference is that Word uses () both to typeset parentheses and to enclose blocks for typesetting, whereas (La)TeX reserves {} for enclosing blocks (and uses \{ and \} to typeset curly braces).

The killer feature of (La)TeX, though, is the fact that you can write your own macros, and therefore define your own shortcuts, for mathematical (and nonmathematical) content. As far as I know, Word 2007's equation editor does not have this capability.

The fastest (La)TeX shortcuts for you will depend on your usage patterns; some of the more standardized ones that I use are the \ce{} macro (provided by the mhchem package) for typesetting chemical formulae and the \SI{value}{unit} (provided by the siunitx package) for typesetting units and values, but they probably would not be very useful for people who rarely use chemical formulae or physical units in their documents.

While looking for a faster way to enter differential equations, I found that you can actually add autocorrect for math so instead of typing \partial_x I can type \px (I chose that because it is a common one).

This means I can enter equation about 10x faster. I can even program in longer equations using this method. This is very exciting. This also makes it work better for note taking, as this could be entered almost as quickly as doing it by hand but neater.

I did this testing inside OneNote 2013. I then opened up Word and it actually had my customizations, but when I tried it it seemed to work a little differently. I might work as well, but I don't need to use it there so I didn't spend any more time on it. This is the fastest possible way of entering equations that I know of, because it is completely customizable and you can gear it to what you commonly use. Once I have a decent library I can actually enter equations faster than I can by hand.

Hopefully this picture comes through with some of the Math AutoCorrect that I defined below: 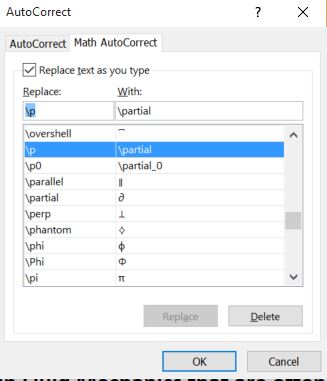 I've yet to find a faster way than using Mathtype for MS Word with keyboard shortcuts defined (supports LaTeX export).

OCR recorded off of a pen device.

I believe MS PowerPoint has pen capability to write on-screen, so I'm sure you can find a third-party app.

I know you want LaTeX, but I just use LyX to type it because I find myself able to keep up with the prof when he's writing formulas using LyX...

I always liked Scientific Workplace - you could click to select all math operators if you wanted, but it had keyboard shortcuts for everything & even in the earliest days, when the main document was far from WYSIWYG, the equation editing always was 'in place' and lightning fast. If you do a lot of technical writing, I recommend it. It has gotten pricey over time.

as a side note: there exists kind of an addon to the developer framework qt: "qmmlwidget" 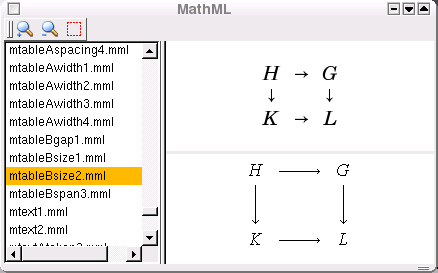 You can use LYX. There you can learn pretty fast all the keyboard shortcuts you need and type any combination of Text\Math you want.

The big benefit of this comes when viewing the source of what you're typing there under View >> Source Pane. Here you can select to view 'Body Only' and there you see the latex code of all you typed in so easily. From here you can just Copy and Paste it wherever you need it.

Not the answer you're looking for? Browse other questions tagged microsoft-office latex or ask your own question.

0
How to avoid the configuring ms office dialog box
1
LaTeX (beamer) -- Is there a way to suppress the caption tag of "Figure X:" or "Table X:"?
104
Type math formulas in Microsoft Word the LaTeX way?
15
Math formulas in emails
0
Is the Open XML SDK 2.5 for Microsoft Office out of CTP yet?
2
Can I trigger Math AutoCorrect in Word 2007 without moving the cursor?
0
Cannot find the "presenter view" check box in Office 365