Is it safe to use RAM sticks with different frequencies?

There are two things that can happen depending on the specific RAM modules
(brand, timing and motherboard compatibility),

The motherboard will make both RAM modules runs in the lower speed (unless you choose manual instead of auto RAM setting in BIOS), in this case 533MHz.

You system should be fine and you can use CPU-Z to check out the ram speed. 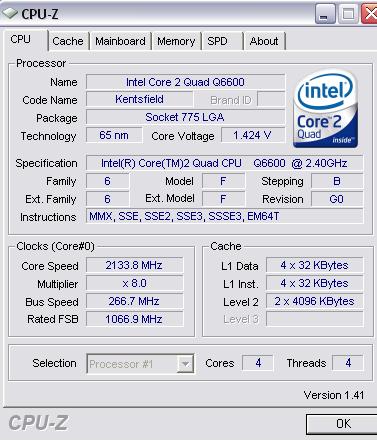 The short answer: you almost certainly won't hurt anything just by trying to install the two DIMMs together.

The potential problem is not related to using different frequencies of RAM; any motherboard will fall back to the speed of the slower memory module (DIMM).

If your computer doesn't boot with both DIMMs installed, you should try a few troubleshooting steps to figure out exactly what the problem is:

Yes, it's a problem, but it totally depends on your motherboard and whether it supports it or not. If the system hangs, then put the RAM away as it might be harmful. The problem is that the faster module will revert back to the slowest module speed.

In most cases mixed memory can still work. I have seen in extreme down-clocking cases where memory fails to work. This was about 5-10 years ago, though. I believe it was because the DIMM SPD didn't provide correct settings for the BIOS to use.

In this case three things can happen:

I recommended not running different FSB of RAM at a time on your board as it can damage it.

Not the answer you're looking for? Browse other questions tagged memory compatibility or ask your own question.

1
Are there pitfalls to using incompatible RAM (frequencies) in motherboards?
0
What happened if two DDR 3 RAM with different max bandwidths
0
Will 1600mhz DDR3 ram work with 1333mhz?
2
Memory: trading off CAS latency versus speed
0
Single Ram Upgrade to Dual Ram
0
What is the right memory module configuration for my system?
0
Will Different RAM Modules crash my system? Based on previous Answer

3
Can I use laptop RAM in a desktop?
0
Multiple questions about DDR2 RAM
2
What is required to make RAM modules fully compatible with each other?
2
Will DDR2 667 & DDR2 533 work together in Intel D946GZIS?
2
Is RAM accessed randomly between different RAM sticks?
0
New RAM doesn't work with old RAM
0
Using two different brands of RAM sticks together
1
DDR 3 RAM - Can I use two different brands of RAM on one motherboard?