I have an Intel 5300 Wireless Card in my new Lenovo ThinkPad T530. Sometimes, when I use the Wireless switch on the side of the computer, when I turn it back on the computer still says that the Wifi is off.

When I run the Intel Diagnostic, it tells me: Software Radio is OFF and gives the following troubleshooting information:

Verify that your WiFi adapter's radio is on. Use the following methods to turn the radio on and off:

So far, the only way I have discovered to resolve the issue is to go into Device Manager and uninstall the card, then Scan for Hardware Changes. However, this loses the passwords of all of the saved Wireless networks, something I'd like to avoid.

After playing with it for a few more minutes, I finally figured it out. It appears to be a bug in Windows, where flipping the switch on the computer turns on/off Airplane Mode, but when Airplane Mode turns off, it doesn't flip the Wireless back on.

I found two ways to fix it: 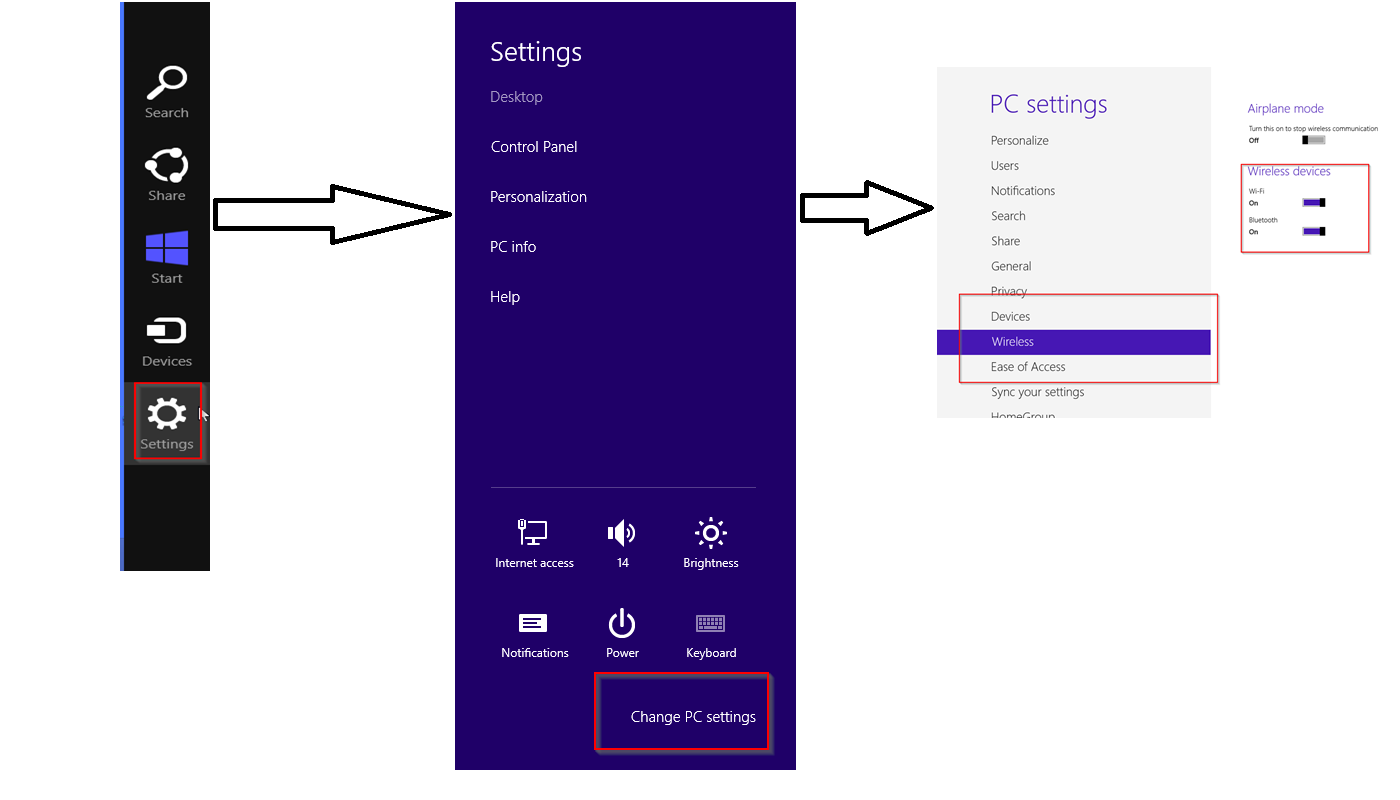 Neither of these is really a good solution, considering that the problem shouldn't be happening in the first place, but it's better than what I had to do before.

UPDATE (August 2013): While the problem still has not completely gone away, I have noticed that one of the most likely ways to trigger this behavior is flipping the wireless switch while the computer is booting up or resuming from sleep or hibernate. I often use a network cable when at my desk and I used to plug in or unplug the cable and flip the switch immediately when I put the computer down on the desk. Waiting for a minute or two for the machine to resume from sleep has reduced the frequency of the issue.

UPDATE (March 2014): I updated the computer to Windows 8.1 and the issue seems to have gone away.

I had a same problem on my hp laptop , so i stop using switch. You can create shortcut of wi-fi adapter on your desktop and then just disable it when want to use enable it , rather then uninstall it every time to fix problem :)

I had the same problem today, after plugging an ethernet cable in to use a wired connection. My T530 has a Centrino card, so this -might- be apples to oranges, but after much searching around on this machine, I discovered that the Lenovo Internet Connections utility (inside the ThinkVantage Tools Suite) had turned the wifi radio off. One click to turn it back on, everything began working again. I think I might just delete the Lenovo utility.... too nanny-ish for me....

Not the answer you're looking for? Browse other questions tagged windows-8 wireless-networking thinkpad or ask your own question.