My local shortcuts (.lnk files) do not execute if the shortcut has any command-line arguments 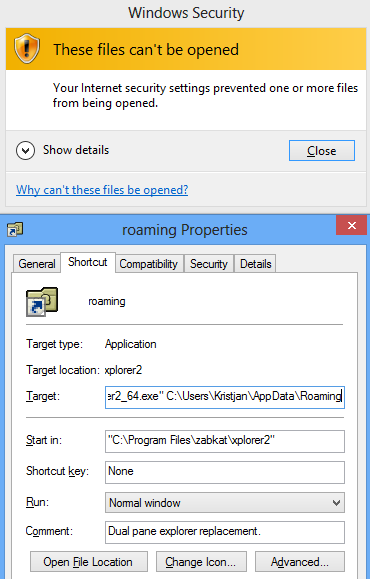 Why are non-Internet shortcuts blocked / how to unblock them?

I'm at my wit's end before getting frustrated over this issue? :)

[ For search indexing: Your Internet security settings prevented one or more files from being opened. ]

You need to disable User Account Control (UAC) http://techzend.com/disable-user-account-control-windows-81/ additionally a software that you run may require cmd to "Run as administrator" first (with a right-click).

Not the answer you're looking for? Browse other questions tagged windows command-line internet-explorer shortcuts command-line-arguments or ask your own question.