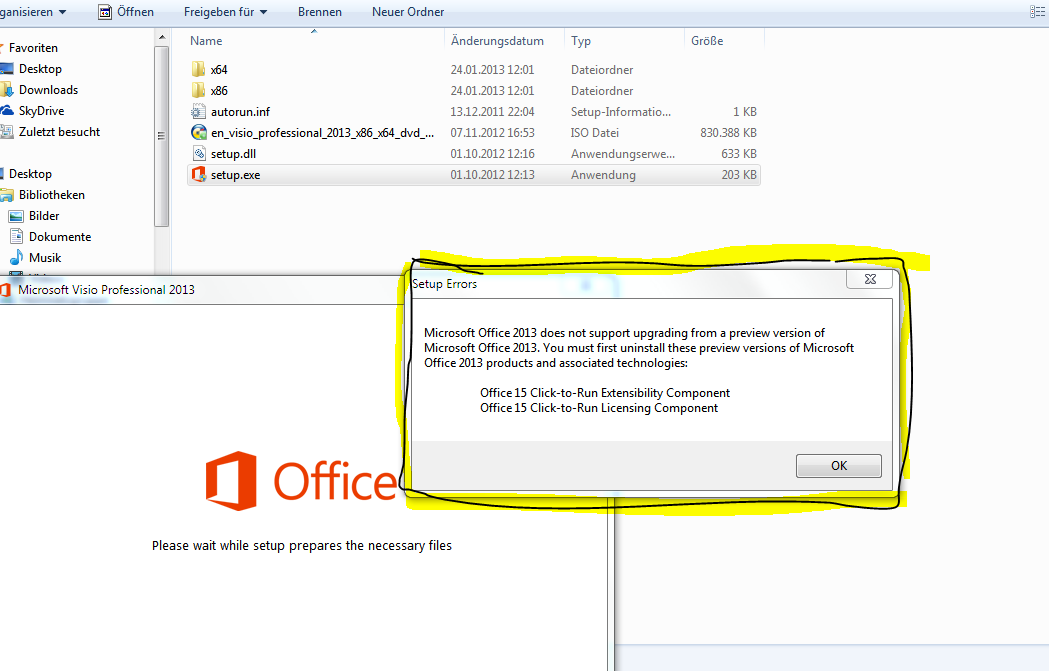 Preview is not a final product and it is a test drive. You cannot install full and final releases when there is a preview. So simply remove it. You cannot install preview on top of the pro versions (even if its a different product). Which could cause multiple issues. Setup will prevent the installation most probably (as we encountered the same issue with earlier products). You can run old versions but full versions. :)

Not the answer you're looking for? Browse other questions tagged office-2013-preview microsoft-visio-2013 microsoft-office-2013 or ask your own question.

3
Office 2013 Professional Plus - 64 bit or 32 bit?
2
Cannot install 64 bit Microsoft Visio 2013 after uninstalling Office 2010 32 bit
6
How to make Office Home and Business 2013 Click-to-run work with Google Apps Sync
13
Transparent background in Visio 2013
0
MS Office 2013 Can not install again
0
Uninstalled microsoft office professional 2013 but why is it still listed in my control panel?
0
Office 2013 activation of different machine
0
Office Professional Plus 2013 - There are problems with your account error
32
"Incompatible Office products are installed on your machine" when opening Office documents or browsing OneDrive or SharePoint Site